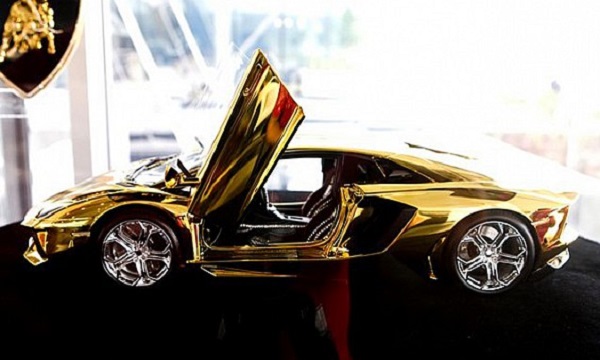 Dubai is known for its supercars cruising on the highway, but we don’t think they had a supercar this expensive yet!

A $7.5 million solid gold Lamborghini Aventador is being put up for auction. According to the manufacturer, $650,000 is going for charity. The golden supercar is carved out of 500 Kilogram of gold. But for the security of the showroom in Dubai, the model displayed is a prototype made of less valuable materials.

The model was previously announced in 2011 wanting to become the world’s most expensive model car in the world.

The car has not been made yet, but Robert Gulpen said that gold is not the only possible material for the car, they could use other gemstones or other precious materials too, whatever the buyer wants as long as they have the money.