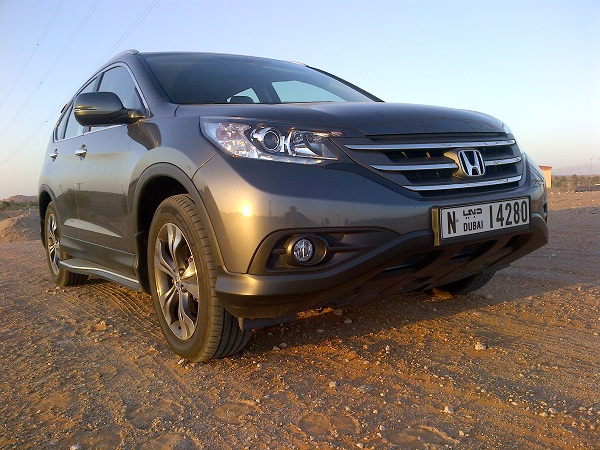 The 2012 Honda CR-V comes with an emphasis firmly on comfort. Cornering the market as it did on its launch of the CR-V model back in 1995, Honda became known as the purveyor of great crossover compact vehicles but has a lot more competition these days from Toyota Rav4 and Nissan Qashqai. This fourth generation re-boot has its finger firmly on the pulse, however, and promises a smooth ride, comfortable interior and a great overall driving experience.

This is the practical choice crossover for those who want the basic off-road capabilities but also desire a car which won’t look out of place in city traffic. The Honda CR-V is great with start-stop driving, indicating that perhaps Honda are as aware as we are that their audience is as much about city driving as off-roading. The car handled well when taken for the gravel road test, but it certainly isn’t built with all-terrain in mind and is much happier when cruising through city streets, or sailing down highways than it is when tackling off-road situations. When driven on motorways and highways, the CR-V handles well despite only being a five-speed, and is great when navigating bumps and potholes. This isn’t one to take on the back roads, but that never was the appeal of the CR-V anyway. It would be great if the engine options included a V6 version, especially since this is a car built mainly for highway cruising. The fuel economy stays within 9.4 L/100km which is adequate for it's segment. 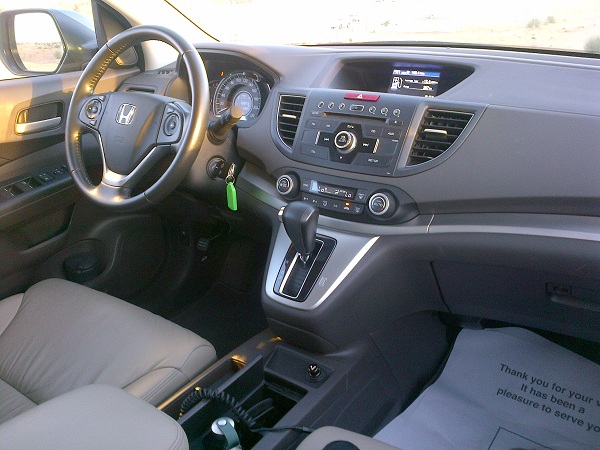 This is a much quieter ride than previous CR-V models, with interior noise reduced drastically, and even a reduction in exterior noise thanks to lowering the height of the model. As such the overall height of the CR-V has been reduced by 38mm, making it appear even more compact than before, but retaining the height, and road views that 4x4 drivers like. None of this means that size and space have been compromised however. The CR-V is still a comfortable 5-seater, built with families in mind, as the easy opening of the rear door proves. It is more than comfortable, however, with leather upholstery, lumbar support in the driver’s seat, Bluetooth capability, and a huge boot perfect for families and long haul journeys.The interior of the 2012 Honda CR-V is a real selling point for the model, boasting an intelligent Multi-information display (i-MID), audio and cruise control on the steering, a rear view camera as well as the ECON switch which allows for more economical driving. There is plenty of legroom in the back, ensuring that the CR-V will continue to be a popular choice for families, and entailing a high resale value.

The model may not win any awards for finesse, but the redesign of the 2012 CR-V means it will be a popular choice for those who are looking for a city-friendly crossover vehicle which can also provide high levels of comfort and a smooth ride. The perfect choice for families the 2012 Honda CR-V privileges comfort and driver satisfaction over any unnecessary styling and performs brilliantly as a compact and sporty crossover model as well as providing good fuel economy.