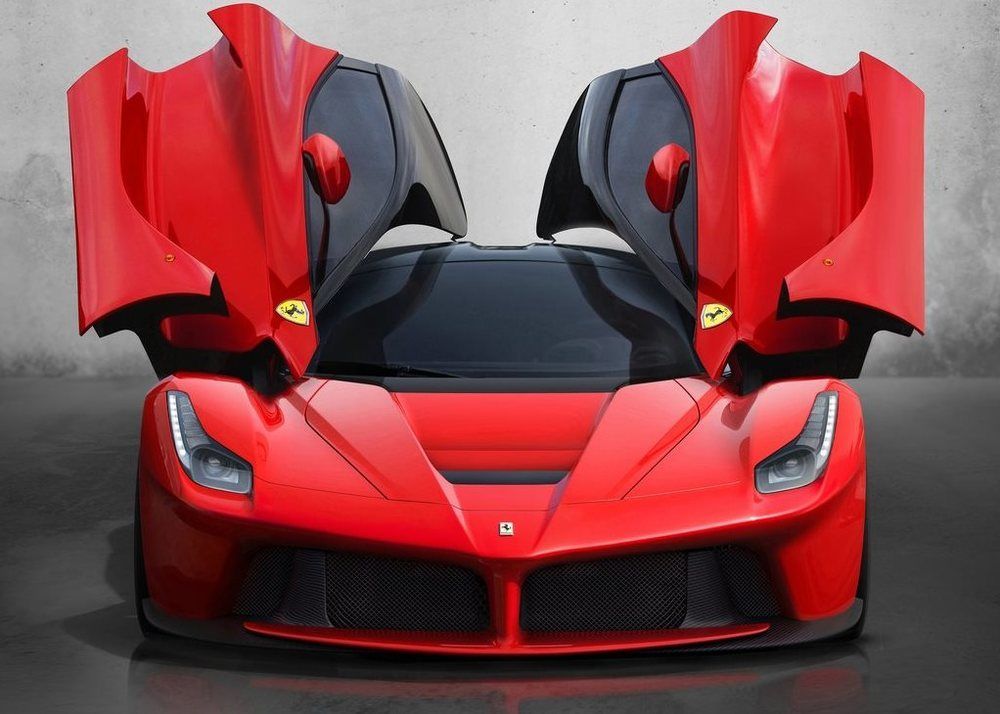 If you thought Lionel Messi had a cool car collection, Portuguese’s Cristiano Ronaldo’s is even better! With an estimated net worth of $400-million and a weekly income of approximately $485,000, Ronaldo hasn’t exactly been thrifty with his cash when it comes to buying some really cool cars. 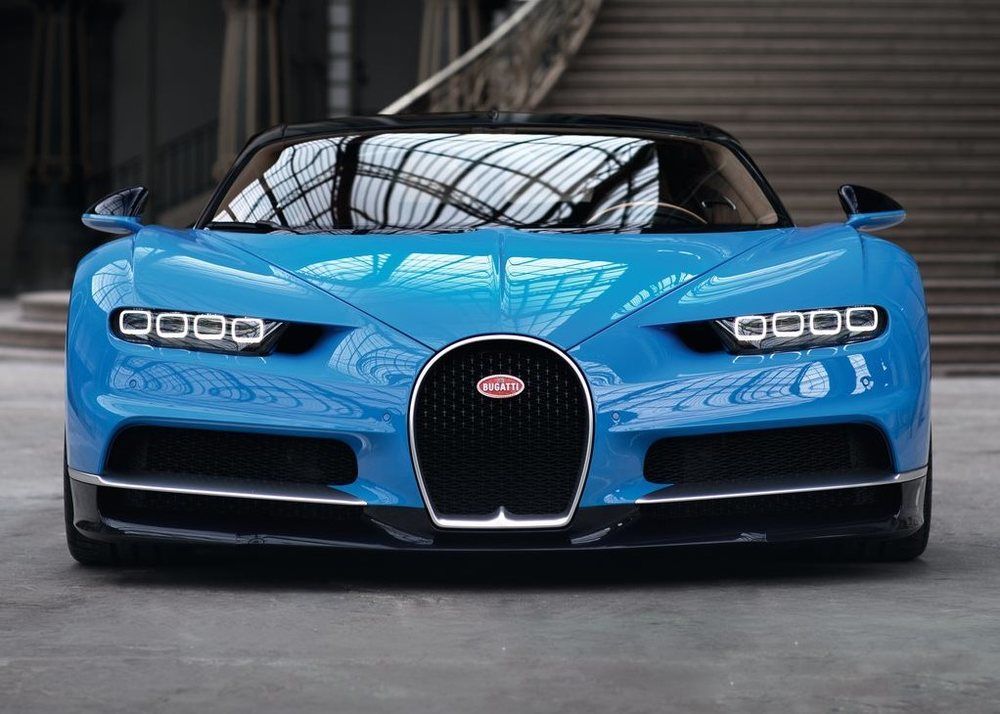 The most expensive car in Ronaldo’s garage is a Bugatti Chiron worth well over $2.5-million. The successor to the venerable Veyron, the Bugatti Chiron is the French marque’s crème-de-la-crème and is easily the fastest car on this list. The Chiron’s mighty 8.0-liter, quad-turbocharged W16 heart pumps out an astonishing 1,500 HP and 1,600 Nm of torque!

Put into the equation this Bugatti’s excellent all-wheel-drive system, tailor-made tires and a lightning quick 7-speed dual-clutch transmission, the end results are simply mind-blowing. The run from standstill to 100 km/h is tackled in just 2.4 seconds, while top speed has been electronically-capped (in fear of the tires exploding) to 420 km/h. 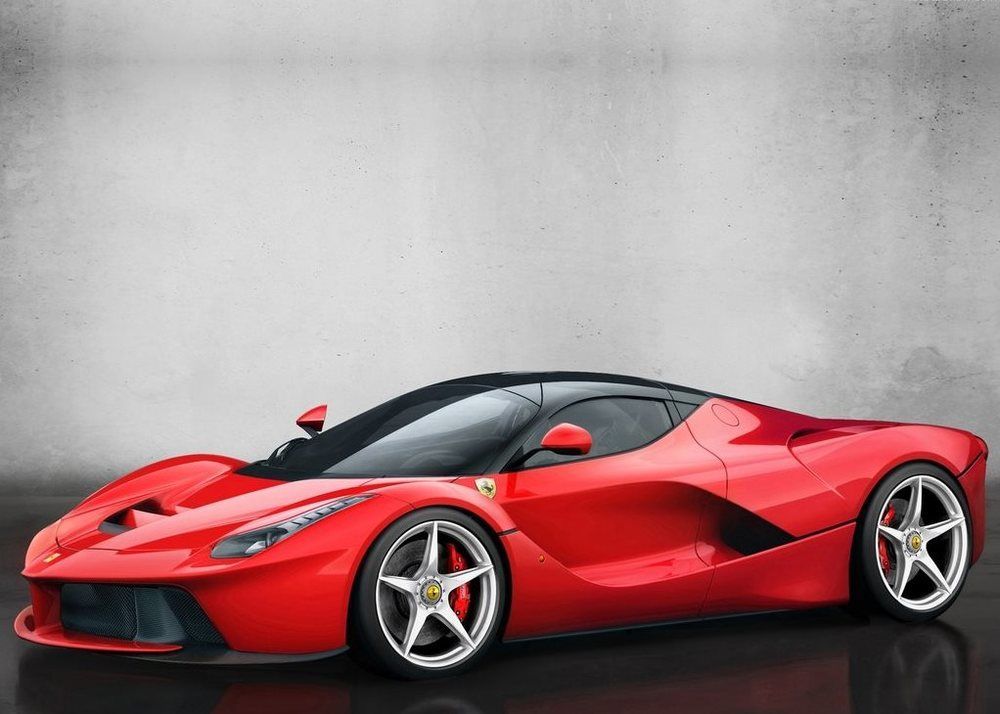 The second-most expensive car in Ronaldo’s garage, the $1.45-million LaFerrari is quite possibly the ultimate Prancing Horse to come out of Maranello. Borrowing heavily from Ferrari’s F1 racing know-how, the LaFerrari’s combines a 6.0-liter V12 (that revs to an insane 9,250 rpm!) with a powerful 120 kW electric motor to produce a grand total of 963 HP and 900 Nm of torque.

The drop-dead gorgeous and evidently intelligent LaFerrari will hit the ton-mark in 2.9 seconds, and keep accelerating until running out of puff just north of 350 km/h. Just 499 units were ever built and all of them have long been sold. Good choice, Ronaldo! 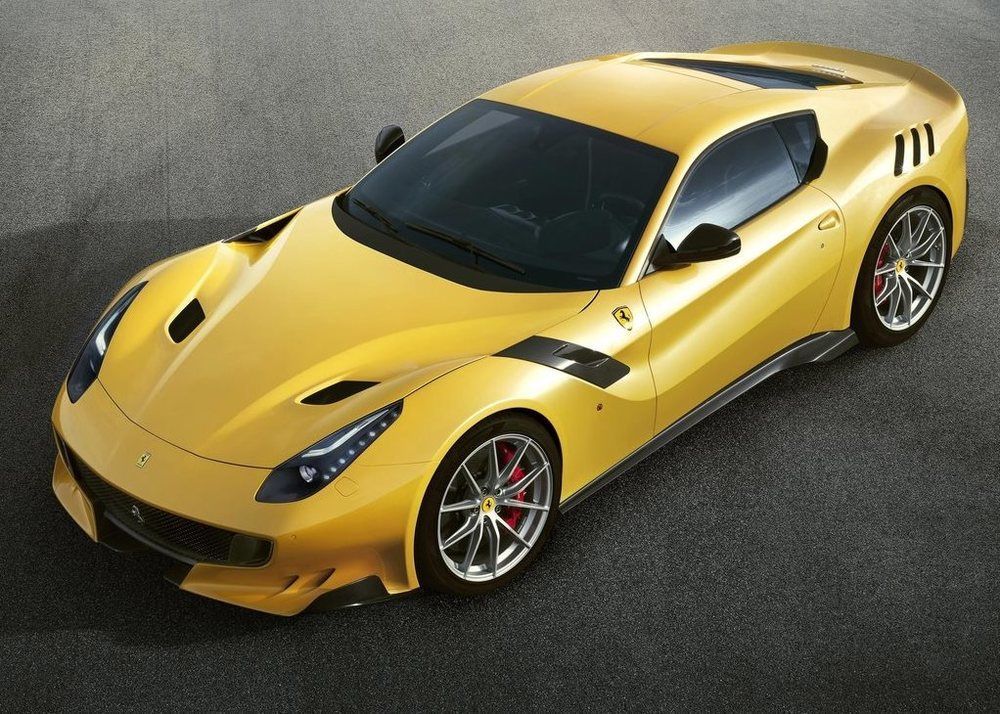 The ‘tdf’ suffix to the F12 stands for Tour De France, an epic endurance road race that was dominated by the Italian icon during the ‘50s and ‘60s. Only 799 examples of this stunning F12 would ever be built, and Ronaldo is one of those lucky few to actually own one.

The Ferrari F12tdf is powered by a 6.3-liter, naturally-aspirated V12 that develops 780 rampaging ponies and 705 Nm of tire-shredding torque. Of course, the rear wheels are tasked at putting this power to the ground whilst an advanced F1-derived 7-speed DCT handles transmission duties. Pinning the ‘go fast’ pedal will result in an instant leap towards the horizon as the $450,000 F12tdf blasts past 100 km/h in just 2.9 seconds and 200 km/h in another 5 seconds. However, should you feel gutsy enough and if the road’s long and empty enough, this Ferrari will eventually max out at 340 km/h. 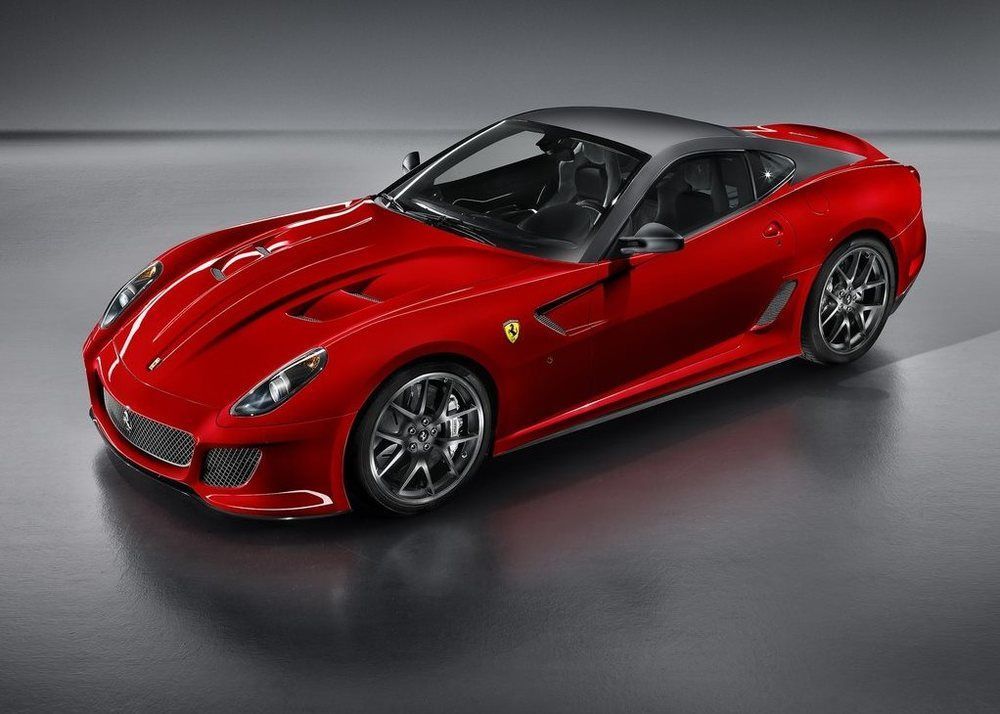 It is now pretty clear that Ronaldo has a thing for cars with the Prancing Horse logo, as the third car on this list is yet another Ferrari - a half-million dollar Ferrari 599 GTO, in fact. Before acquiring this stunner, Ronaldo actually owned a 599 GTB which he promptly crashed and wrecked in 2009.

The Ferrari 599 GTO was a limited-run model and only 599 examples were commissioned. Powering the 599 GTO is a tuned version of the GTB’s 6.0-liter V12 plant that now makes 670 HP and 620 Nm of twisting force. With a 60-millisecond shift time between gears, this thoroughbred flies through the century figure in just 3.3 seconds and can achieve a top whack of 335 km/h. 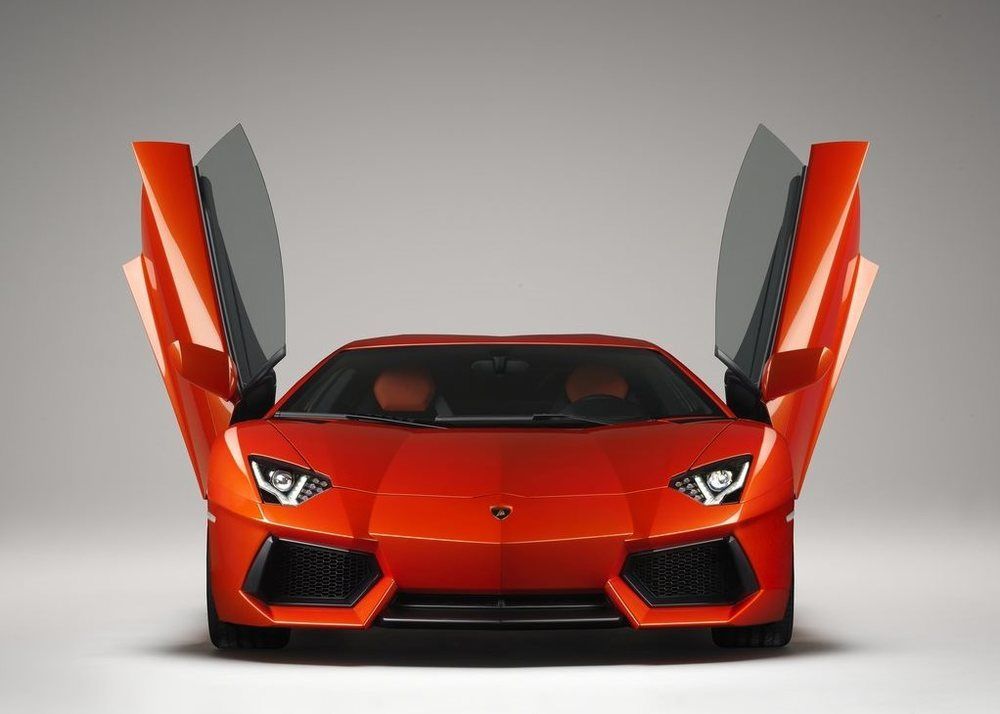 Reports indicate that Ronaldo owns not one, but two examples of the Lamborghini Aventador – each costing a minimum of $400,000 each! Considering his weekly income though, Ronaldo will recover that outlay in less than a fortnight.

The Lamborghini Aventador gets the marque’s glorious V12 engine, this time displacing 6.5 liters and producing close to 700 HP and 690 Nm of torque. For maximum traction and effectiveness, the Aventador channels its power to all four corners via Lamborghini’s brutal but lightning quick Independent Shifting Rods (ISR) transmission. Given enough room, this 1.6-ton Bull will max out at 350 km/h, while the screaming dash to 100 km/h will be over in 2.9 seconds! 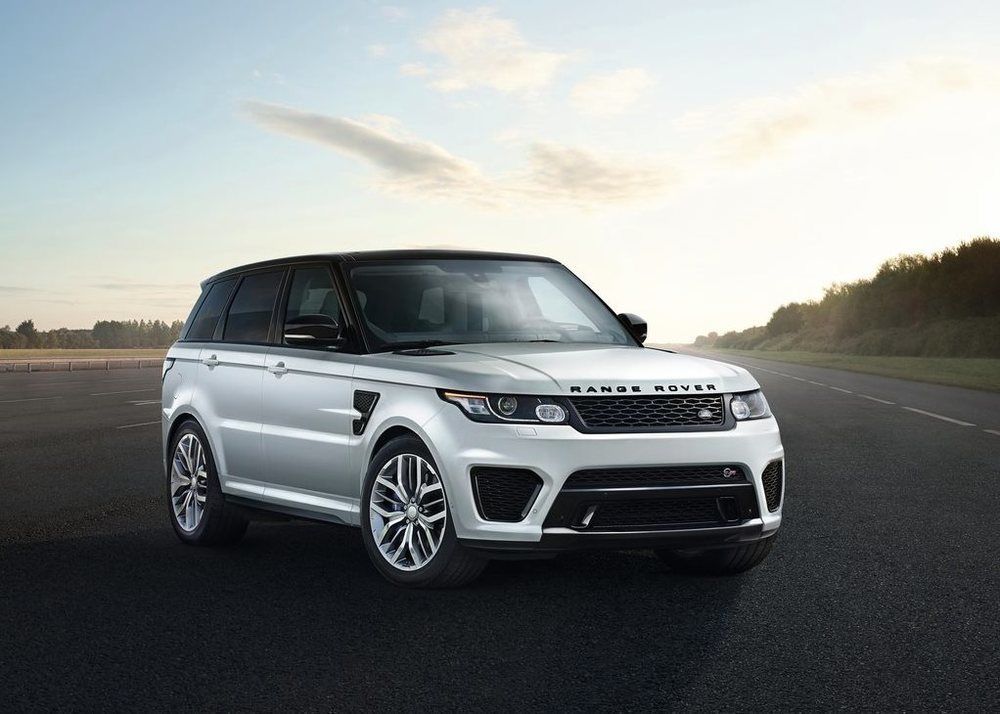 Just like Messi with his Range Rover Vogue, Cristiano Ronaldo also needs something a little more practical than a two-seat supercar for his everyday jaunts in the city. The answer to his practical hurdle is a relatively modest $120,000 Range Rover Sport SVR.

The Range Rover Sport SVR, though not the most exciting toy in Ronaldo’s hands, is far from being mundane. This 2.3-ton SUV is one of the fastest of its kind and can do over 260 km/h, and with active exhaust valves, sound very good doing so. Under the hood lies a supercharged 5.0-liter V8 that generates 550 horses and 680 Nm of torque – enough to allow this big 4x4 to hit 100 km/h in 4.7 seconds!

Mohamed Salah reveals the exotic cars in his garage

BMW lifts the veil on the eagerly anticipated 8 Series Coupe