A quick look at the upcoming 2020 Chevrolet Onix

Just in the previous year, General Motors showcased its latest compact family sedan in the form of the 2020 Chevrolet Onix. The Onix is widely considered as one of the best-selling cars in the South American market, and it is riding on General Motors’ Global Emerging Markets (GEM) architecture which also underpins its cousin, the Buick Excelle sedan.

In other markets, the 2020 Chevrolet Onix will be available in sedan and hatchback forms, though that probably won’t be the case for the Middle East - only the sedan will be offered here. Given the segment it will be placed in, the all-new Chevrolet Onix will go up against cars such as the Toyota Yaris sedan, Mazda 3 sedan, Honda Civic, and Nissan Sentra.

The exterior design of the 2020 Chevrolet Onix is fairly decent with certain modern styling elements dotted around the place. However, while the new Onix isn’t as bland as its Aveo sibling, it also isn’t one that’s going to wow you the first time you look at it. The front end of the Onix sports a large black grille and is surrounded by some shiny chrome. Meanwhile, the headlamps aren’t too flashy and look quite generic. However, the sculpted bumper gets integrated fog lamps with their own unique housing.

Along the sides, you get to see the Onix’s elongated but stylish door mirrors, fender-mounted side repeaters, multi-spoke alloy wheels, and a gently sloping roof. The rear of the new Onix gets wraparound tail lamps with distinct styling elements in them, and a large but well-sculpted trunk. The trunk itself has a capacity of 469 liters, which is a strong figure in this segment. The compact sedan measures 4.474 meters in length, 1.730 meters in width and 1.471 meters in height. 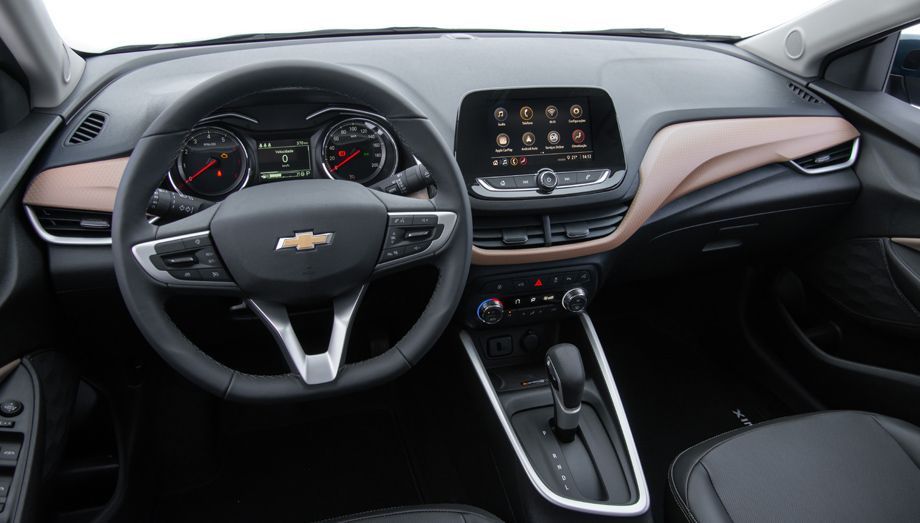 The cockpit of the 2020 Chevrolet Onix gets a sporty-looking flat-bottom steering wheel, larger and clear-to-read dials with a centrally-located digital MID, a fairly responsive touchscreen head unit, and a swooping design for the dashboard along with seats that are covered with some interesting graphics - all in an effort to make this interior look adequately new and modern.

The seats are decently comfortable, though the integrated headrests are something I don’t think any manufacturer should be putting in their cars as they are simply not comfortable or safe. With a wheelbase of 2.600 meters, legroom for rear-seat passengers is good enough and headroom is good, too.

If it is the quality of materials and build you are concerned about, the all-new Onix scores better than its smaller Aveo stablemate. However, expect several hard plastic bits all over the place and a mostly grey/black interior color scheme. Burt thanks to the large windows all around, you won’t feel hemmed-in or claustrophobic in this car.

The 2020 Chevrolet Onix will come with a puny but effective 1.0-liter turbocharged three-cylinder petrol motor that can produce 123 hp along with 180 Nm of maximum torque. The engine comes mated to a standard 6-speed automatic gearbox that drives the front wheels, and can push this compact sedan to a terminal velocity of 180 km/h, while also being capable of returning a healthy fuel economy of 4.9 L/100 km in a mixed cycle. As long as you don’t expect the Onix to dart between traffic lights, its performance will seem adequate for the task at hand. 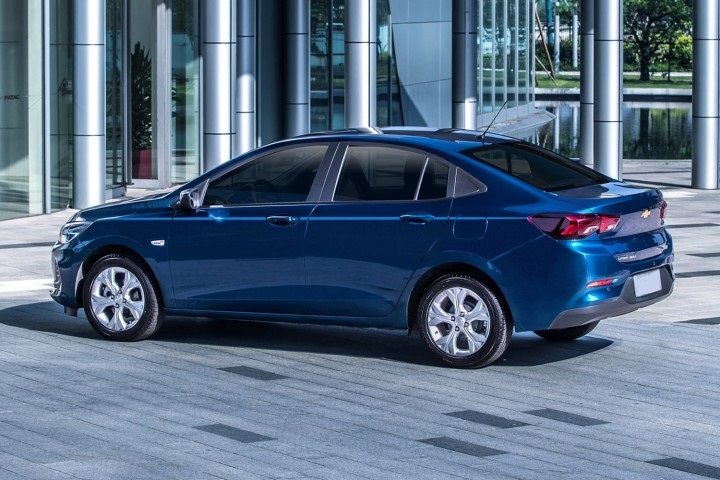 While official prices for the upcoming 2020 Chevrolet Onix haven’t been announced as yet, you can expect it to be more than that of the outgoing Aveo sedan. The Onix is set to enter a segment that’s got loads of popular and well-established players already doing well in the market - so things aren’t going to be easy for it for sure.