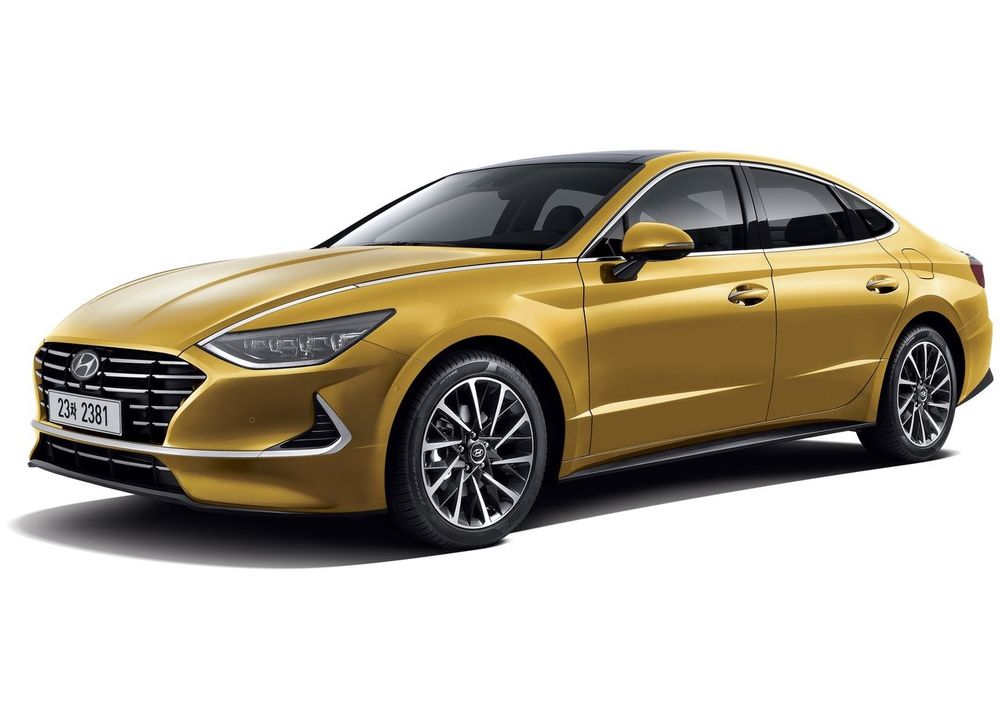 The Hyundai Sonata was first introduced over thirty years ago in 1985, and has been chugging along ever since. This mid-size family sedan is currently in its seventh generation, and has grown to be a fairly popular choice for buyers looking for a well-built, reliable, and efficient four-box sedan. While the outgoing model was unveiled in 2014, the Korean carmaker will soon be launching the all-new eight generation model.

Where the outgoing avatar is built around a pretty basic four-box concept, the upcoming 2020 Hyundai Sonata won’t. As is apparent, this new Sonata looks way more contemporary, sophisticated, and elegant. Hyundai has ditched its Fluidic design language for a four-door coupe-like theme. This has, in turn, resulted in the new Sonata looking quite handsome and sporty. The new exterior styling adopted by Hyundai bestows this family sedan a sense of class and luxury – something that many cars in this segment struggle to achieve.

The long, swooping hood along with the smart-looking multi-beam LED headlights is tastefully done. A strip of chrome that runs uninterrupted from the headlight and joins the chrome surrounds around the window line is a nice touch as well. At the front, the “Digital Pulse Cascading grille” flows right into the bumper and is visually dissected into two by a chrome strip. The long, extended side profile highlights the 2020 Sonata’s coupe-like silhouette quite well, and also reveals the upcoming model’s lower ride height. Engineers at Hyundai have increased the length, width, and wheelbase of the new Sonata over the outgoing model as well. This frees up more room on the inside and creates a more spacious cabin for the occupants. 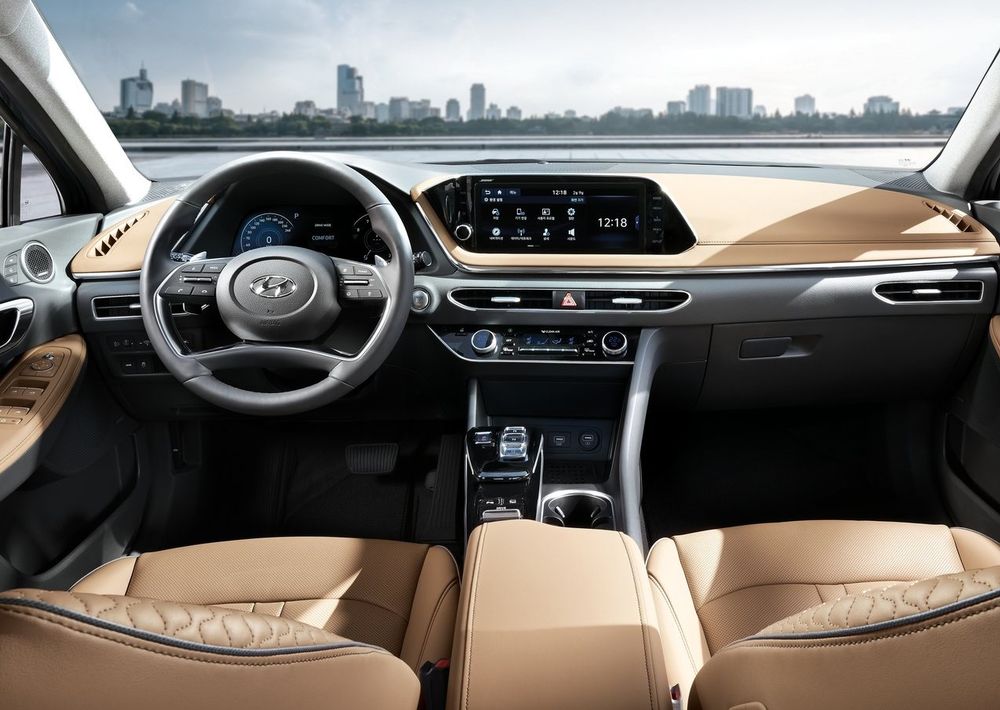 Due to its coupe-inspired styling, the back of the 2020 Hyundai Sonata features a steeply raked rear window, along with a stubby boot that gets an integrated lip spoiler. Finishing off at the rear are large, C-shaped LED taillights with an LED light bar that link the two sides. Stepping inside the cabin of the new Sonata, you will certainly notice a palpable change in perceived quality and overall design. It has now morphed from a decent interior to an admittedly modern and plush one. There’s also more technology and gadgets now, including a digital driver’s multifunction display and buttons for changing the gears instead of a physical stick to do the same.

The boffins at Hyundai have also worked extensively to better safety and as part of that endeavour, the 2020 Sonata’s brand-new platform actually sits lower. This enables the engineers to lower the sedans centre of gravity, which also leads to a more engaging driving experience, says the carmaker. There are now also more improved sound-absorption systems in place, which results in lower NVH levels in the cabin. This newly-developed platform also incorporates high-strength steel that’s stamped and this increases the rigidity and crash resistance. The upcoming 2020 Sonata will be the first new car from Hyundai that will make use of this platform, but according to the company, will soon be used in other models too.

It’s not clear which engines and transmissions will be used in the new Sonata, but some of the current petrol and diesel engines will likely continue in some markets. However, it wouldn’t be too wild to expect the new model to be more efficient and cleaner than the outgoing one.  The 2020 Hyundai Sonata will go on sale in Korea later this month, though the rest of the regions will have to wait until the latter half of 2019. It’s safe to assume that the prices will go up for the new Sonata, but given that it’s a much better car than before, I think it’ll be worth it.

An overview of the Hyundai Santa Fe 2019

An overview of the Hyundai Tucson 2019