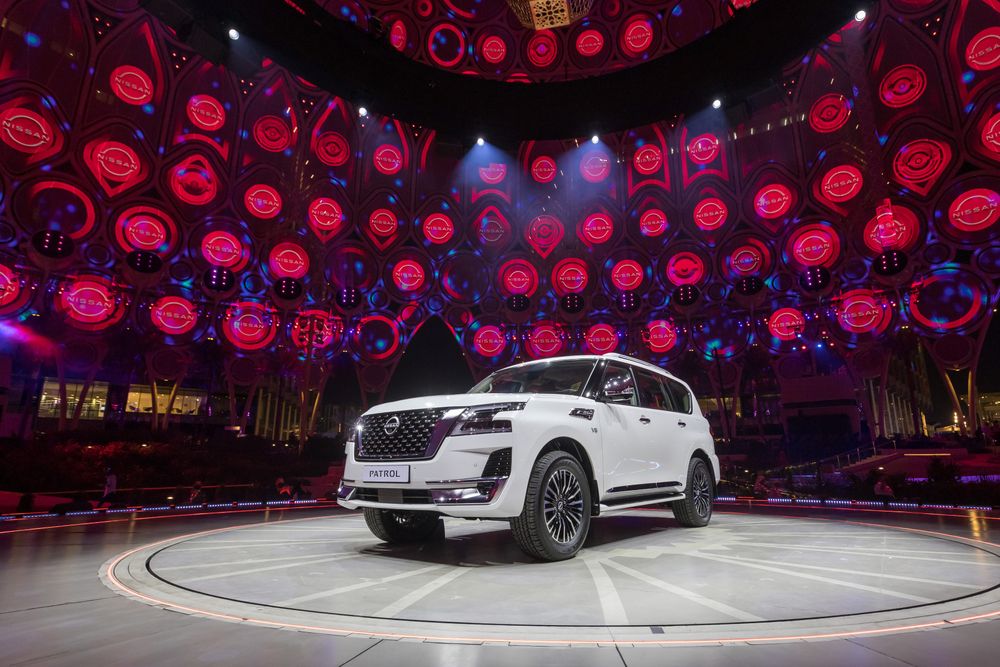 Nissan Patrol, it’s an omnipresent SUV or if referring to it as an SUV would be an understatement, then let’s adorn by calling it a legend. It has shattered even that obstacle which would be in fine fettle with such trickery and ease that its thinking and engineering deserves to be lauded. Being a trustworthy companion of the Dubai Police for years and creating a ubiquitous hankering for everyone across the world, it finally becomes a septuagenarian as it culminates its 70th anniversary in the UAE. 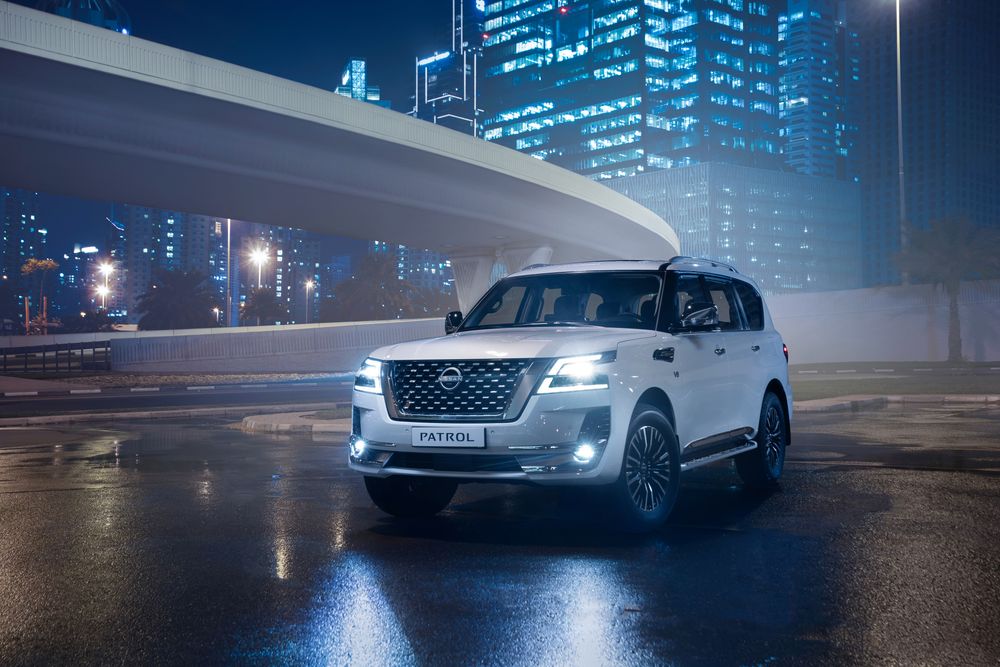 To celebrate the special moment and penchant it has garnered over these years in the UAE, Arabian Automobiles, the flagship company of the AWRostamani Group and official distributor of Nissan cars in Dubai, Sharjah and Northern Emirates unveiled its 70th anniversary edition making it by far the best Patrol ever conceived.

Taking the lead in revealing the car and divulging information to the audience was Ashwani Gupta, the COO of Nissan Motors Co who revealed it at the Al Wasl Plaza to dazzle the gathering with its design evolutions and interior trim changes. 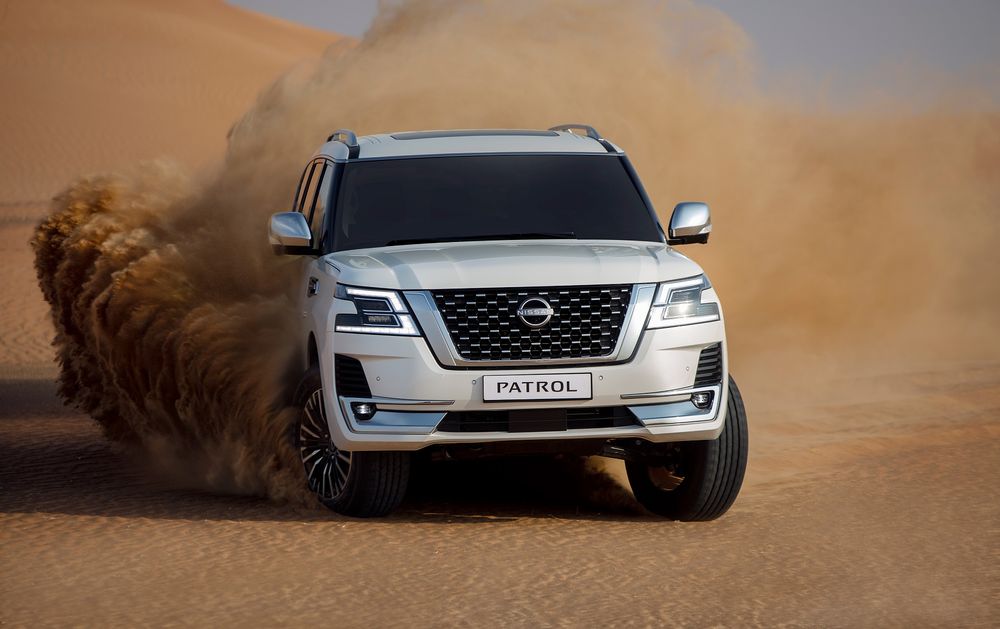 Delving straight into its design, the Patrol looks akin to the version revealed last year which brought with it a new visage shod with headlamps having a kink at the centre, more chrome garnishing and enhanced V-motion grille to quote some of its quirks. However, to do justice to the 70th anniversary edition, it now sports a full suite of design and technological rehashes along with a striking a new insignia on the fender. The V-motion grille becomes more prominent with sliver bits lending sheen to the car’s behemoth like dimensions. The bumper has been redesigned at the corners to tuck in new fog lamps surrounding which, there are chrome outlines creating almost a boomerang shape appearance with the upper part of the fog lamp unit. While the car remains almost identical on the side, new 20” diamond-cut rims are present here.

On the inside, the only visual update is sumptuous and regal burgundy interiors which make the cockpit look majestic and pay homage to the car’s 7 decade pedigree. However, squint your eyes and a brand new centre console comes across as its salient feature. This is the habitat for the more intuitive 12.3” infotainment screen which supports Apple CarPlay, Android Auto, built-in navigation, reverse parking camera and provides access to multitude of features such as Bluetooth telephony and other settings of daily use for the driver such as acoustics.

To add to its competence and offer a version for the thrifty as well as thrill seekers, the Patrol is available in a cumulative of 8 variants and V6 and V8 syntaxes. The full bore 5.6L V8 produces a succulent 400 hp and 560 Nm of torque while the power transmission duties are managed by a 7-speed automatic gearbox to offer a juggernaut like surge in acceleration from nix to 100 Km/h in a breathtaking 6.6 seconds.

Available to book through visiting any Nissan dealership in these regions, the Patrol 70th anniversary edition is a car which can be rightfully described as the best Patrol till date. It builds on the virtues of the standard model such as reliability, high resale value, plushness, powerful engine and betters it by allowing its buyers to indulge in exclusivity while they appreciate the legacy of this brute machine.