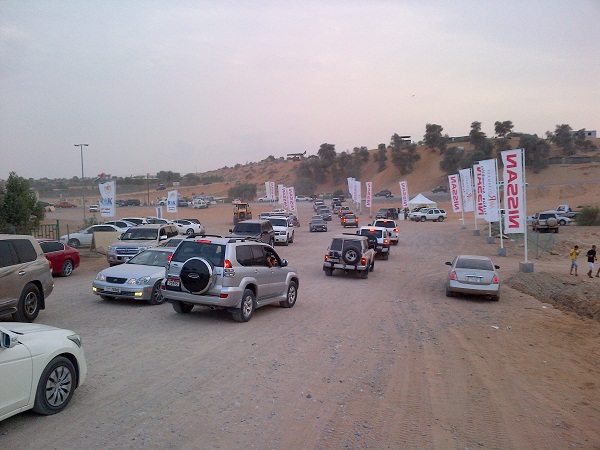 Dubai, United Arab Emirates (26 December 2012) – Arabian Automobiles, the flagship company of AW Rostamani Group and the exclusive distributor of Nissan in Dubai and the Northern Emirates, is the official sponsor of the ninth Awafi festival which is currently taking place in the emirate of Ras Al Khaimah.

The Awafi Festival is an annual event held in Ras al-Khaimah and is regarded as one of the defining local tourist attractions in the Emirate's tourism calendar. The festival celebrates the emirate's ethnic and cultural heritage through theatre performances, cultural displays, and outdoor sports events held amongst the dramatic red sand dunes of the Awafi area in Ras Al Khaimah. In addition, drag races and hill climb competitions which have a huge following in the UAE are organised during the festival.

“The Awafi festival has established itself as one of the most popular events in the UAE’s cultural calendar and we are pleased to be a part of this huge event as the official sponsor this year.” said Michel Ayat, CEO at Arabian Automobiles. “We will be showcasing the Nissan Patrol at the festival as it is one of the most popular models among the visitors at the Awafi festival. Visitors to the festival will also be able to enjoy complimentary test-drives of some of our popular Nissan SUV models like the Patrol and the Patrol hardtop.”

The Awafi festival will continue until 5th January 2013.