The all-new Audi A6 2019 has stiff competition in the posh executive sedan segment, namely from the BMW 5-Series and the Mercedes-Benz E-Class. Fresh off the production line and carrying the A6 nameplate into a new generation, let’s take a closer look at what this all-new model has to offer potential buyers. 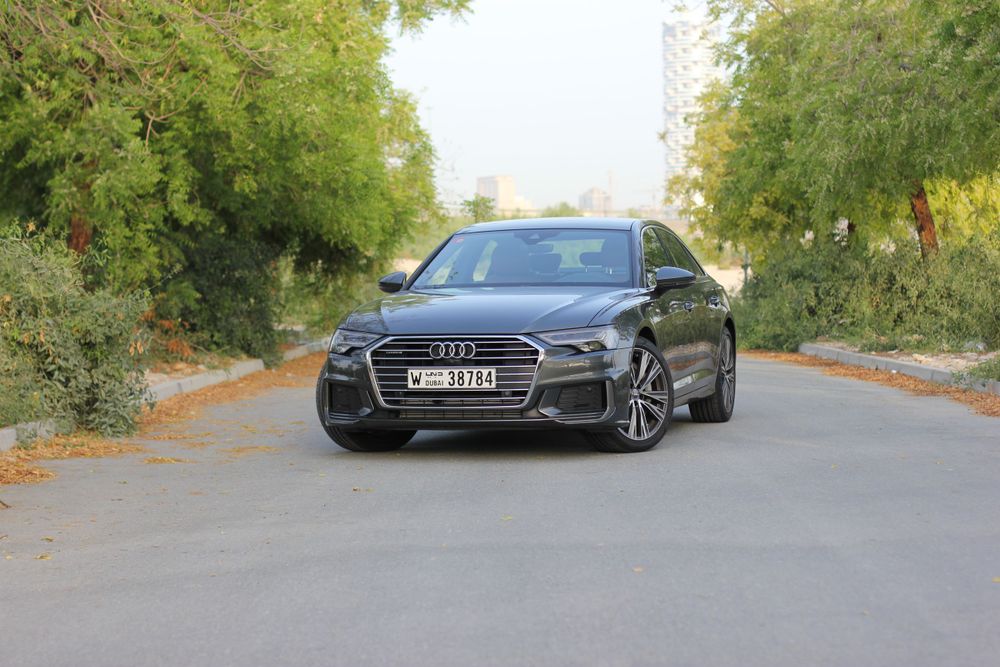 The new Audi A6 is a remarkably good-looking car and its road presence is highlighted with a bold new grille and a set of mesmerizing LED headlights. Being the S-line trim (Audi’s sporty version of the standard car) our tester rocks 19-inch alloys, sporty bumpers in the front and back, and dual exhaust cutouts that aren’t exactly functional. The most pleasing design element, however, is the sleek cut that protrudes from the rear fender to lend the A6 a sculpted shoulder line. 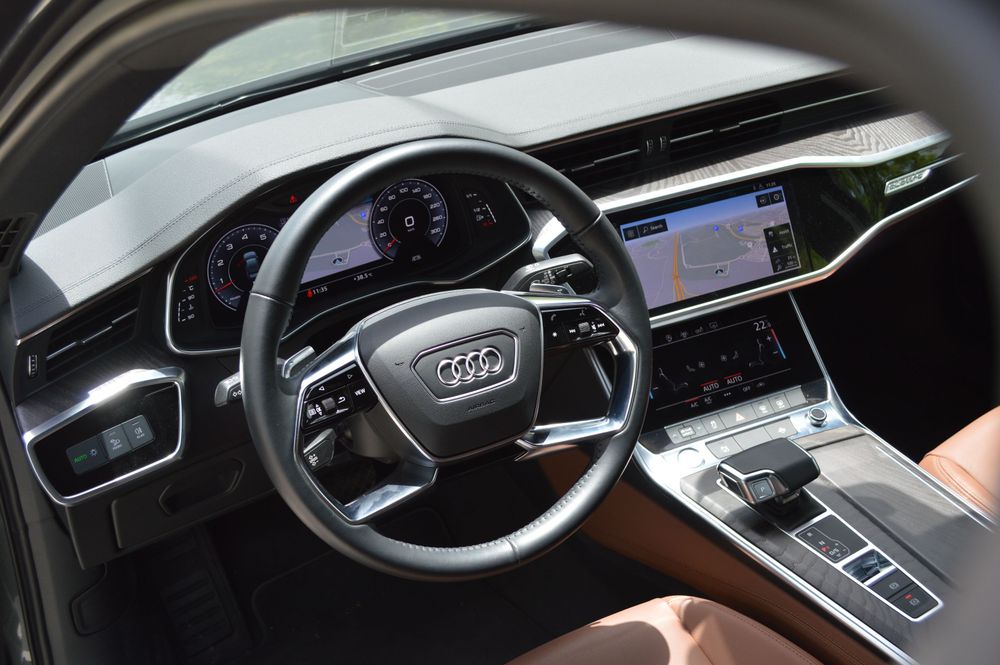 Continuing its elegant design on the interior, the new dashboard and the integrated infotainment screen are wonderful touches. I for one, adore the new center console design with the twin screens sat one above the other.

Responsive and with extremely sharp graphics, the above screen controls the infotainment system and features related to it, for instance Apple CarPlay and Android Auto, while the lower screen controls the climate control screen and doubles up as a trackpad when inserting locations into the GPS system. 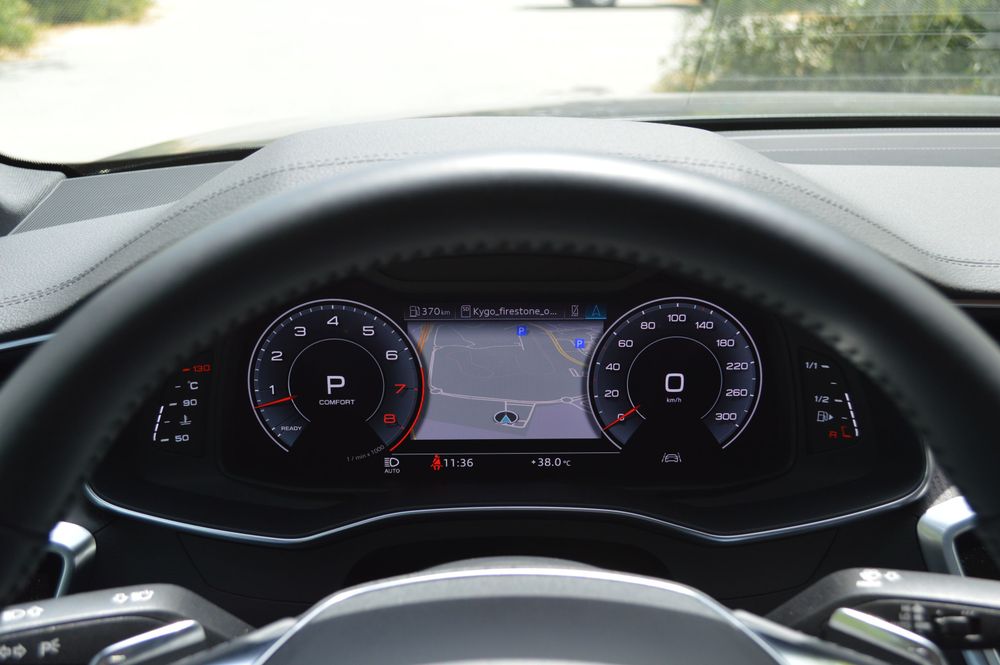 Being a luxury sedan, the rear seats are an important factor and the Audi A6 fairs moderately well. Sure, there’s ample amounts of legroom, ventilated seats, and a four-zone climate control system on board, but the rear seats are devoid of any and all cupholders. Instead, should one wish, they need to order them off the lengthy and pricey spec sheet.

While on the topic of practicality, boot space measures in 530 liters, which is exactly what one would find in the BMW 5-Series but is just 10-liters shy of what the Mercedes-Benz E-Class has to offer. Having said that, the boot is not small in anyway, it’s just smaller than one of its key rivals. 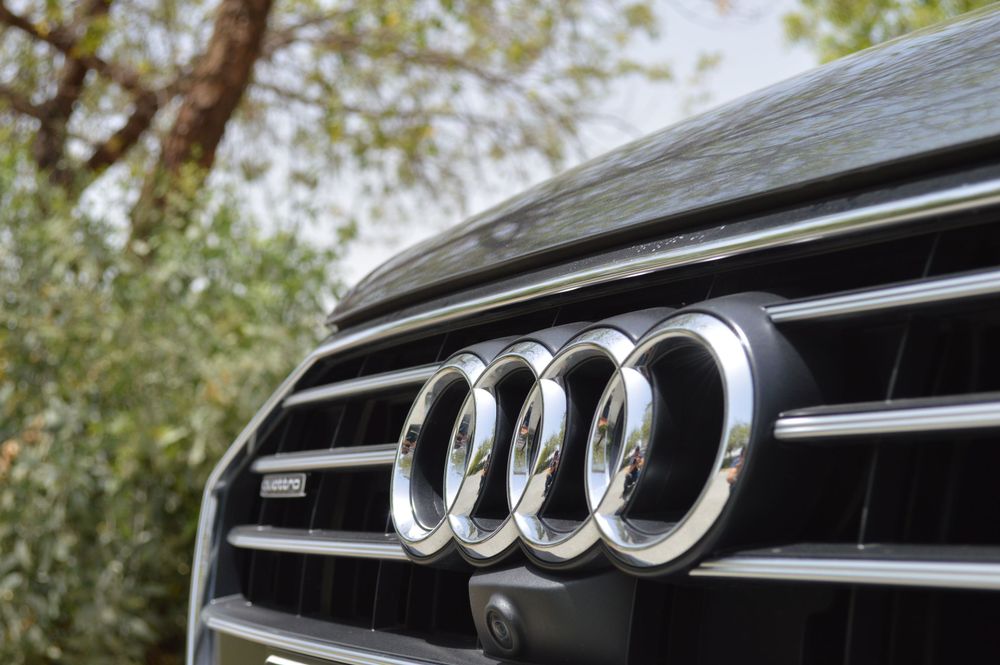 In addition to things like adaptive cruise control, blind spot monitoring and all the usual whizzbang you’d expect to find in a luxury sedan that falls in a similar price bracket, the A6 is fitted with some cool tech. One such feature is the Augmented Reality that takes the traditional 360-degree parking cameras to an all-new level.

The 3D view gives you a 360 view of the car while in motion & stationery, practically showing you a 3D view of the car in real time. It’s like a video game, but in reality, and makes navigating tight spaces and parking so much easier. 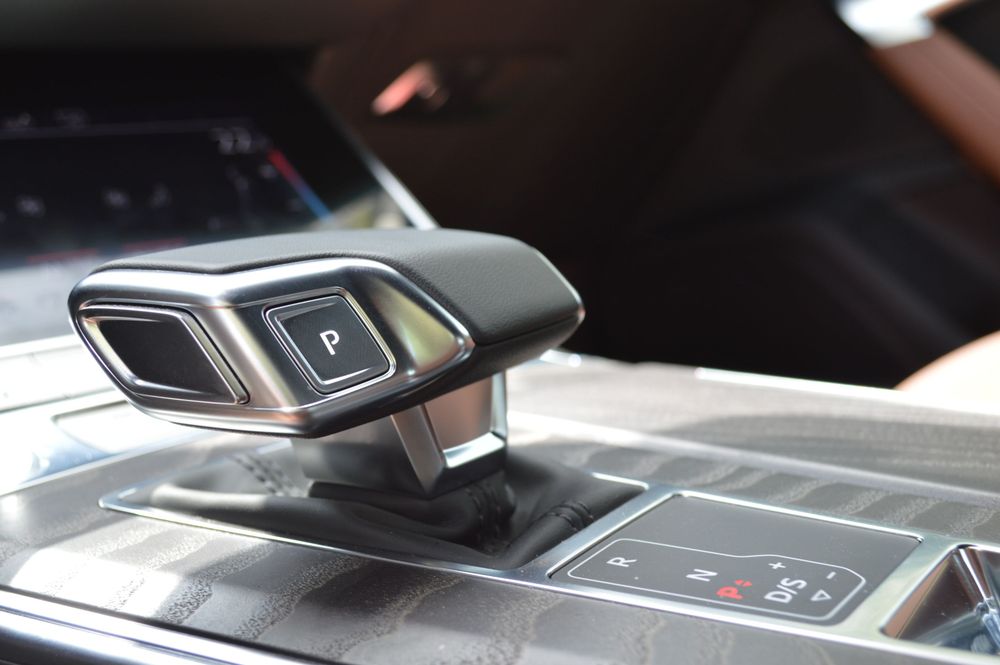 To drive, the Audi A6 is silent, smooth, and every other adjective one would use to describe a luxury sedan. The 3.0-liter V6 churns out 335 horsepower and pushes this power through a 7-speed automatic transmission to all four wheels, which in Audi-lingo is termed Quattro.

Overall, it’s a nice, smooth, and supremely silent car. It feels luxurious and looks it too. My only grip, which is more of a personal one than to do with the car, is that I wish the engine / exhaust note were a little more audible inside the cabin to make spirited driving a little more engaging. 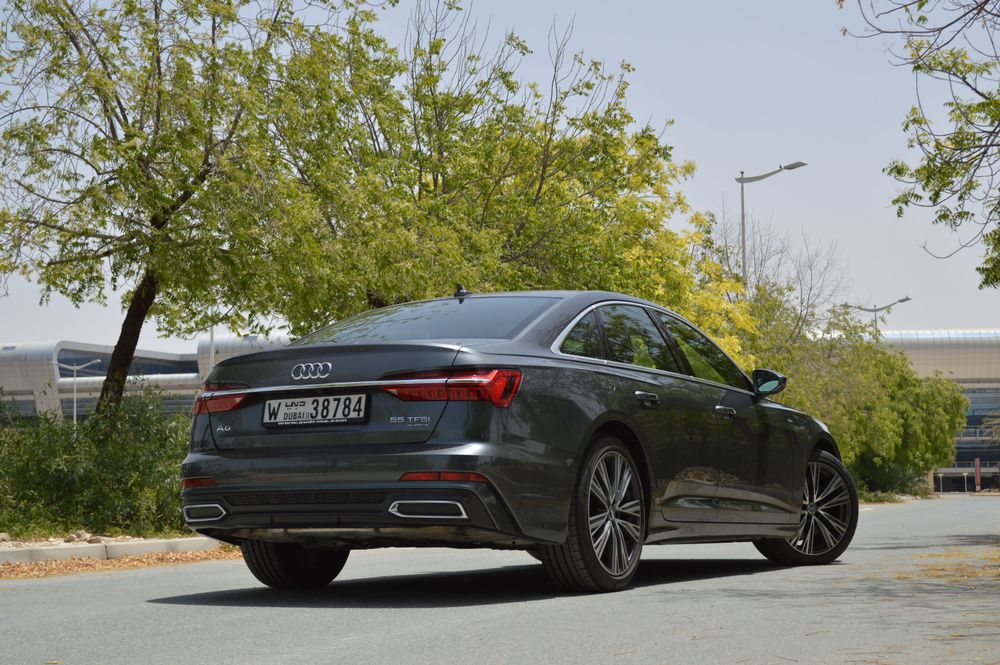 In terms of design, features, driving dynamics, no matter what criteria one uses, the all-new Audi A6 has pushed the bar so high that is undoubtedly best described as a baby A8. Prices range from AED 258,000 to AED 402,000 with our tester coming in at AED 355,740. While it is a great car on the whole, there is definitely some room for improvement, namely with the size of the panoramic roof and the weight of the doors themselves.

What do the four rings of Audi represent