The budget-friendly Chevrolet Aveo is manufactured by the same brand that makes the ludicrous Corvette and Camaro. Yes, it’s difficult to accept, but it is true, and if statistics are anything to go by, the Aveo outsells its more exquisite siblings too.

A few quick facts about one of the most popular offerings in the brand’s line-up then: (a) the Aveo sits between the smaller Spark and the larger Cruze, (b) The Aveo competes with the Mitsubishi Attrage & Toyota Yaris, (c) A decent mid-option model costs just AED 48,000! 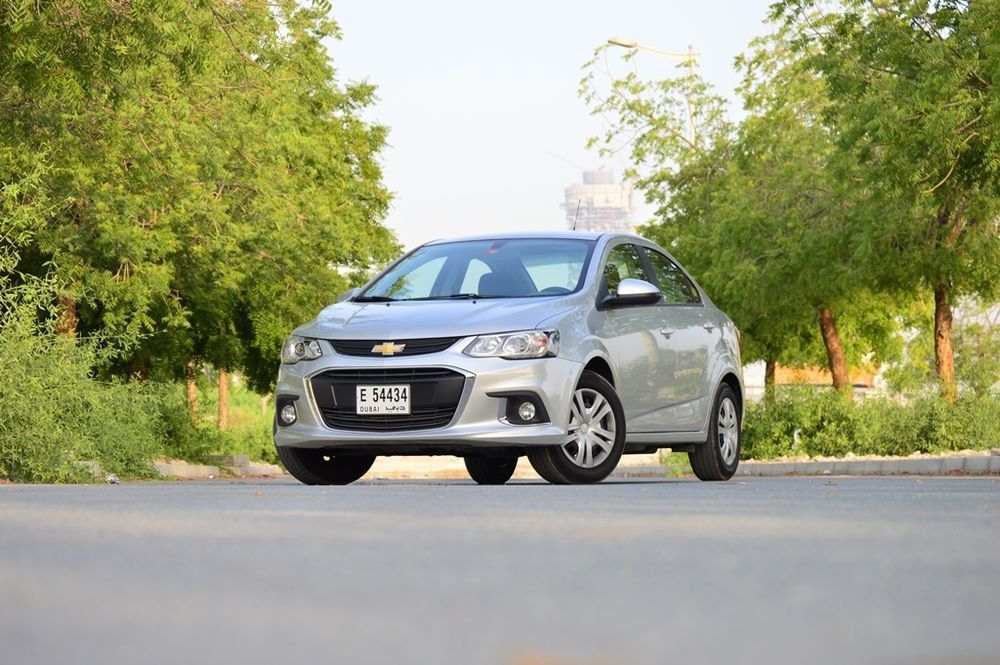 Not a looker by any stretch of the imagination, the Chevrolet Aveo 2018 with its 15-inch steel wheels and tall-body design is a fine example of function over form. The bulbous roof? For improved headroom. The halogen fog lamps? For improved visibility. The large boot? For improved practicality. And the enormous windows? Well, I’m not sure why they are that big, but they do make the car feel very airy. 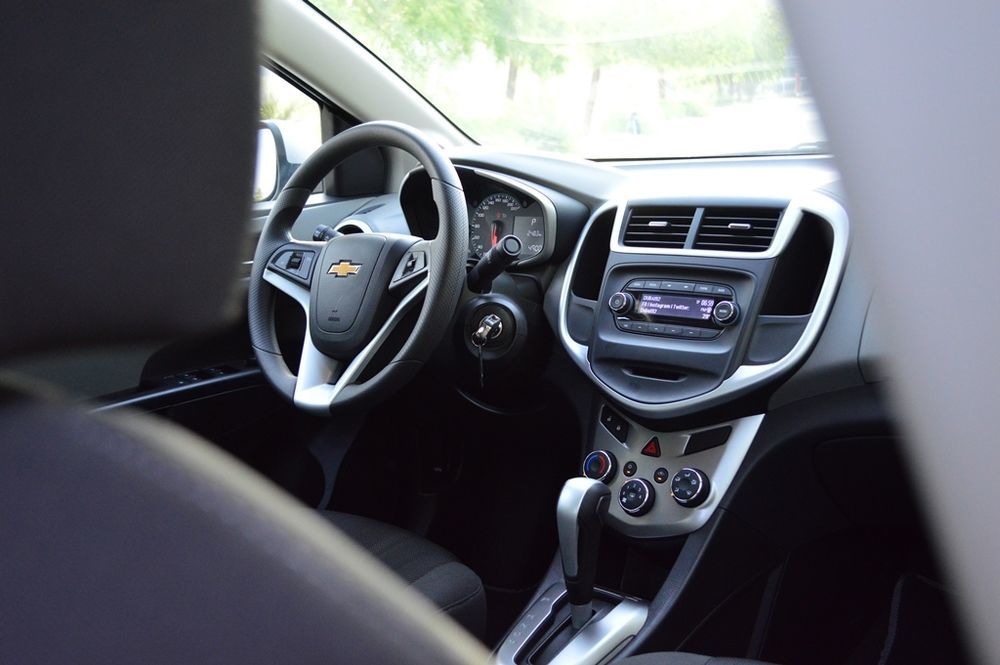 Inside the Aveo, there’s a lot of hard, grainy plastic that covers the dashboard and door panels, but it can be forgiven for its rivals tend to offer the same. The 4-way adjustable driver and passenger seats are soft and comfortable. The A/C blows an ice-storm despite it being over 45-degrees outside. And while it wears a facade of practicality with two gloveboxes and plenty of odd-shaped cubby holes, the truth is that you’re still left with storing your mobile inside the cupholder. 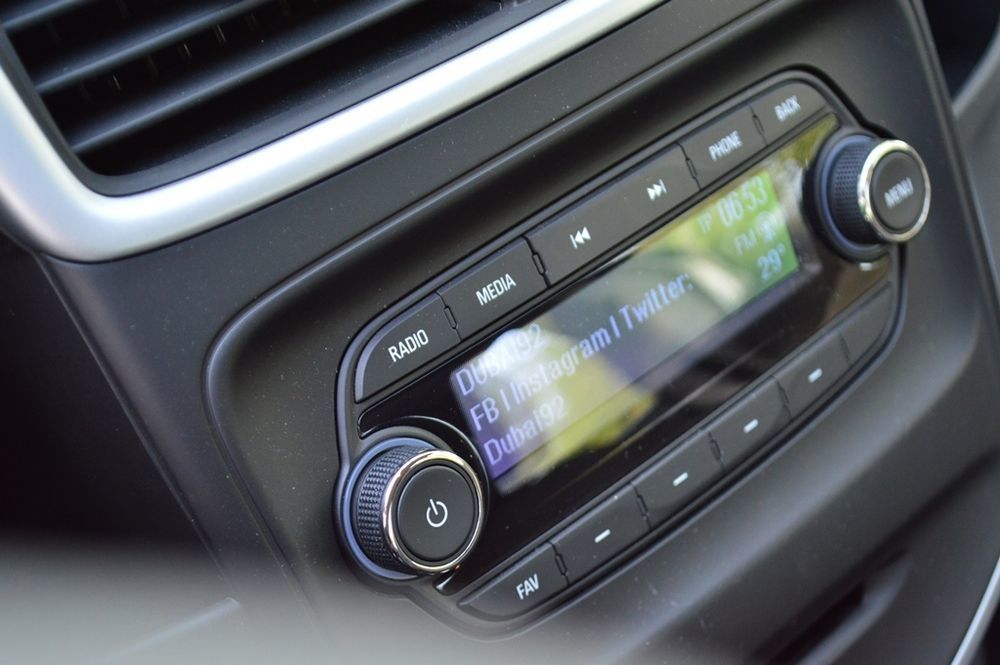 Matching its Japanese rivals on the safety front, the Aveo is armed ABS, traction control, and all of two airbags. Although it misses out on rear A/C vents, there’s plenty to keep drivers entertained, from an odd MENU button on the indicator stalk that blurts out a strange ‘tiRe lEaRN’ message in the instrument cluster, to a truly revolutionary business card holder integrated into the dashboard. 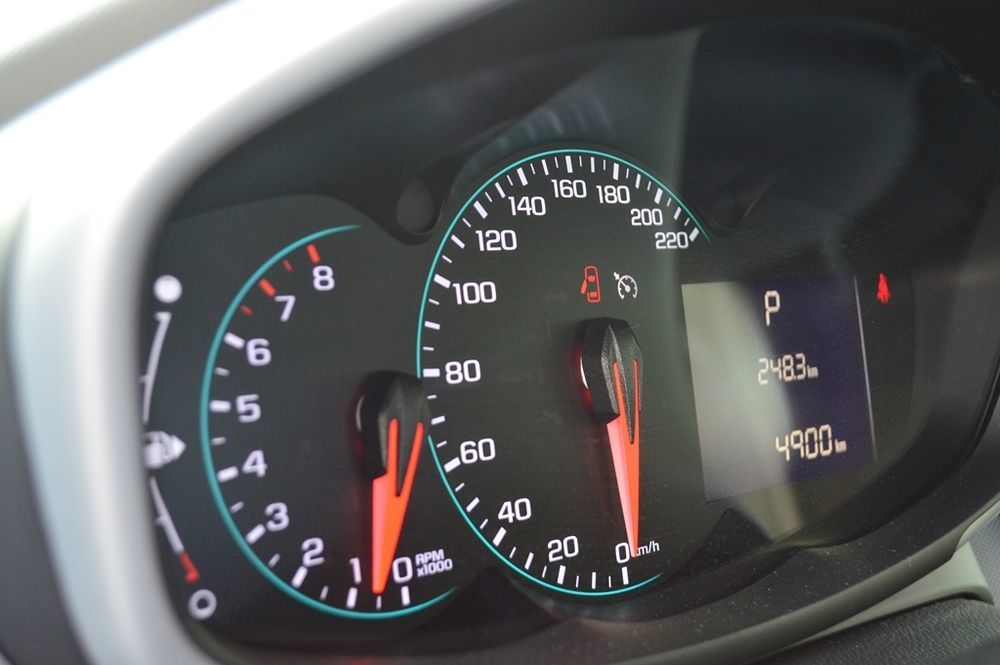 Without digging too deep into the technicalities, the Chevrolet Aveo 2018 is fitted with a 1.6-liter engine, which is bigger than what both its Japanese rivals have to offer. The benefit? More power. The drawback? It isn’t as fuel efficient, sipping 7.1-liters for every 100 kilometers. 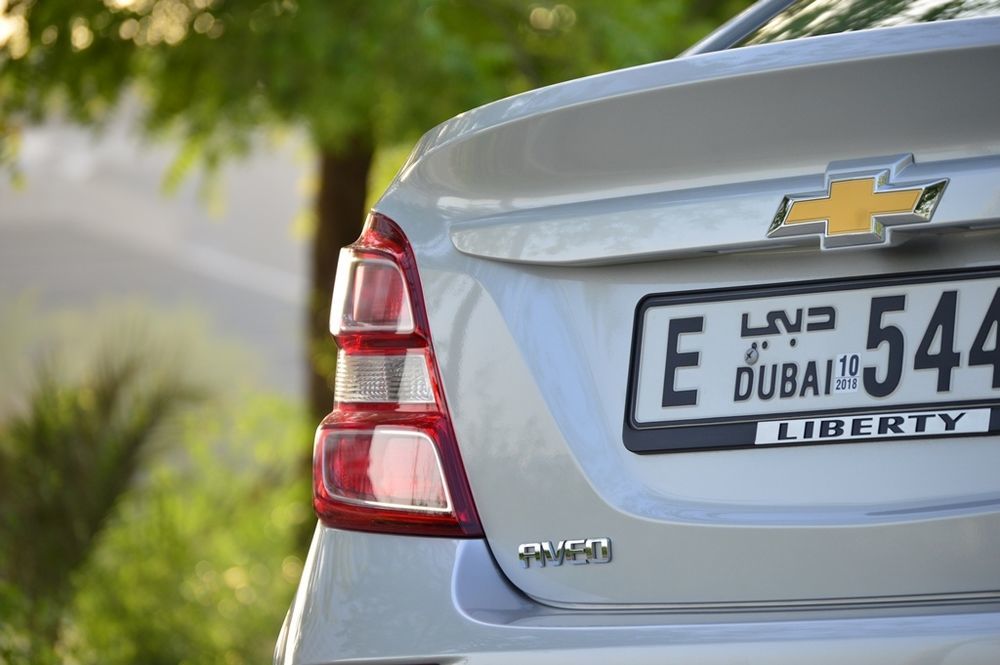 Having said that, the Aveo does teach its drivers a very important quality when they’re out on the roads of the UAE: patience. When driving the Aveo, people believe it is their birth right to cut you off, and flashing people in the fast lane, well that’s a a lot like flashing a wall, expecting it to move. So those looking for permanent residency in the fast lane, better look elsewhere. 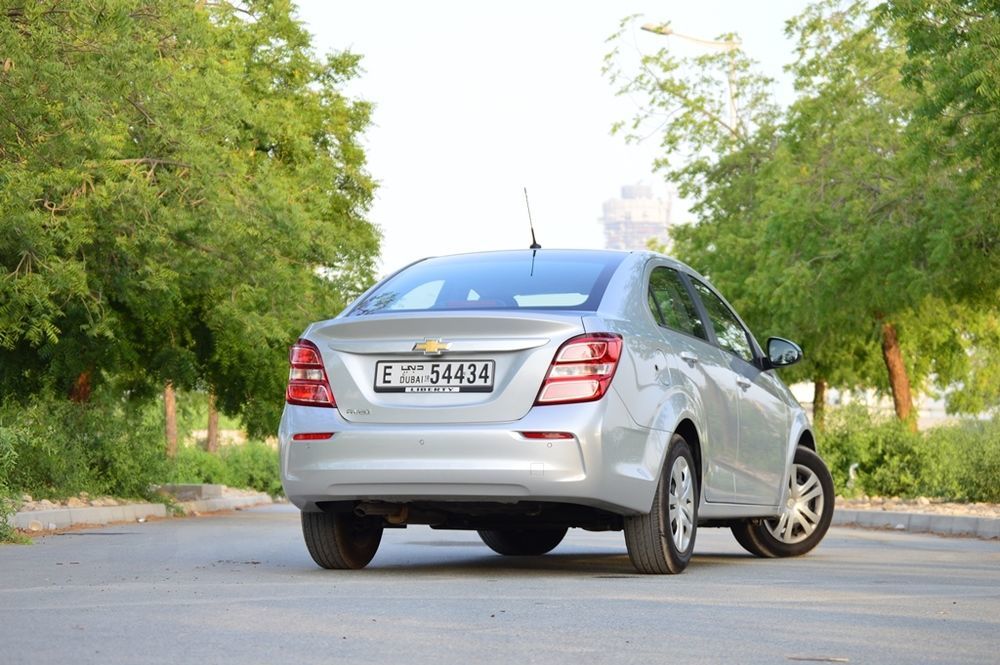 At AED 49,000, the Chevrolet Aveo falls between the more affordable Mitsubishi Attrage and the pricier Toyota Yaris. Taking the best of both worlds, it’s not a car you’d write home about, but it is an affordable commuter car and that’s what it set out to be. So, Chevrolet, the brief has been met!

- Phenomenal AC system that keeps occupants cool even on its lowest setting.

- Not as fuel efficient as its rivals.