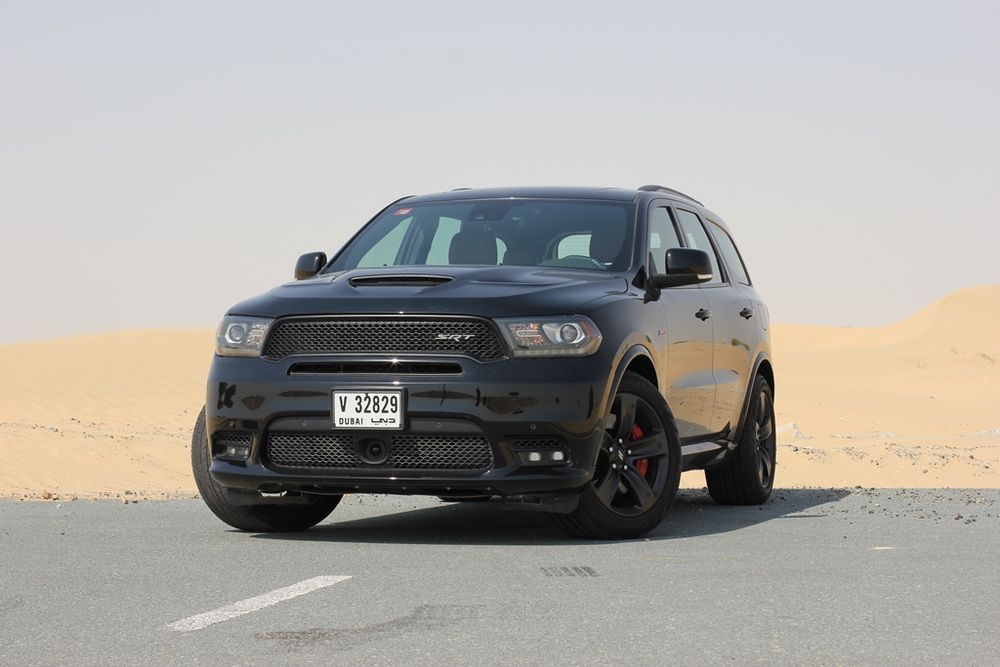 The Durango SRT might share certain similarities with its scrawnier sibling, the standard Durango, but styling definitely isn’t one of them. Black on black, the Durango SRT goes for stealthy and menacing with functional air vents and a wider grille highlighting its threatening aesthetics. Distinguishing itself from the standard model, the Durango SRT rocks a set of 20-inch wheels, 392 HEMI engine badges on the fenders, and gloss black accents around the 4-inch exhaust pipes. 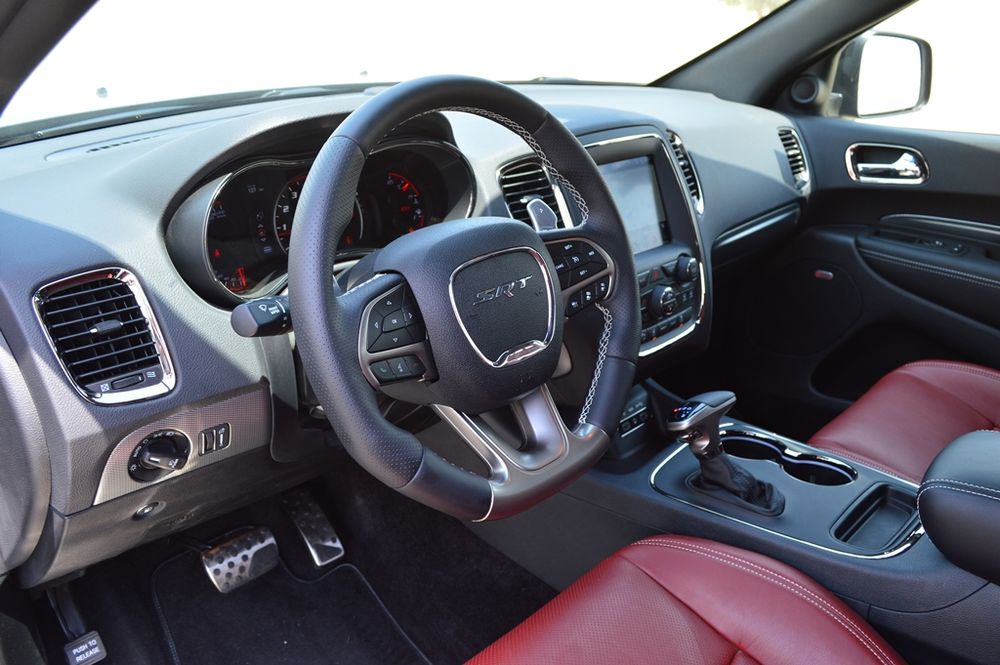 Sporty yet luxurious, the cabin of the Dodge Durango SRT is embellished with red leather seats in a Demonic Red Laguna hue and features SRT logos embossed on the seatbacks. Fit for the family, it offers 3 rows of seating, along with a Beats premium audio system, ventilated seats, and rear entertainment screens. While it is amazing, perhaps a full-length panoramic roof wouldn’t go amiss in future models. 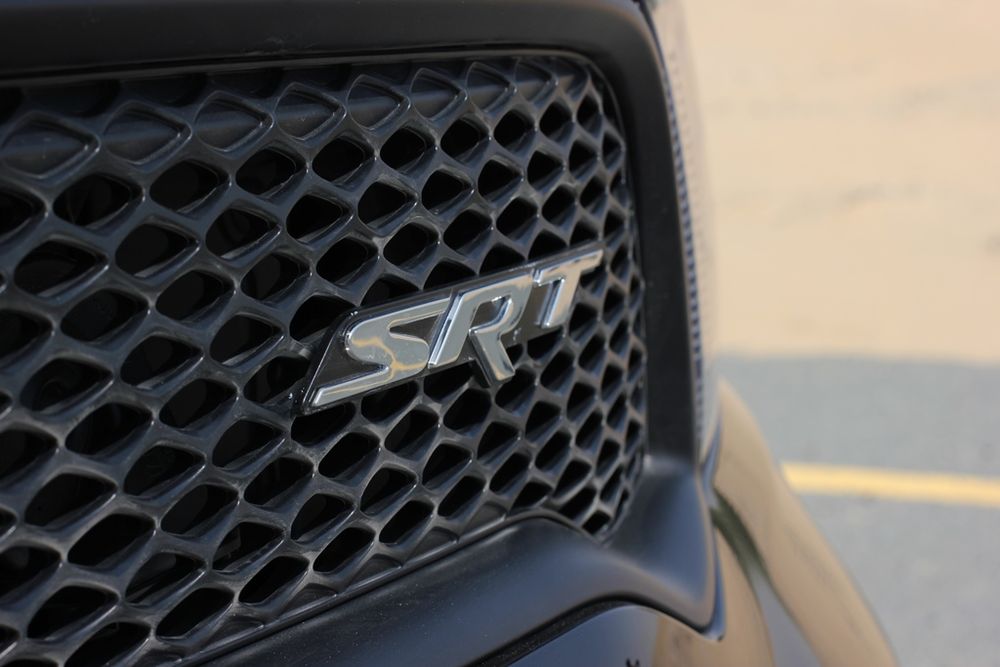 Unlike a few Dodge / RAM models, the Durango SRT does not receive the brand’s rotary gear shifter, which to be clear, is a wonderful thing. Residing under the ventilated slats of the sloping hood is a mighty 6.4-liter V8 engine that produces 475-horsepower. Pushed through an 8-speed automatic transmission, it sends power to all four corners and allows the Durango SRT to handle like a proper brute.

With launch control activated and the pedal to the metal, the full-size American SUV will demolish a 0 – 100 km/h sprint in just 4.7-seconds, and if that isn’t enough, it will continue to charge into the horizon until hitting a top speed of 250 km/h. Is it a particularly smooth drive? No, it’s akin to a muscle car and drives like one too. The sound of the engine and exhaust combine to create more of an experience. 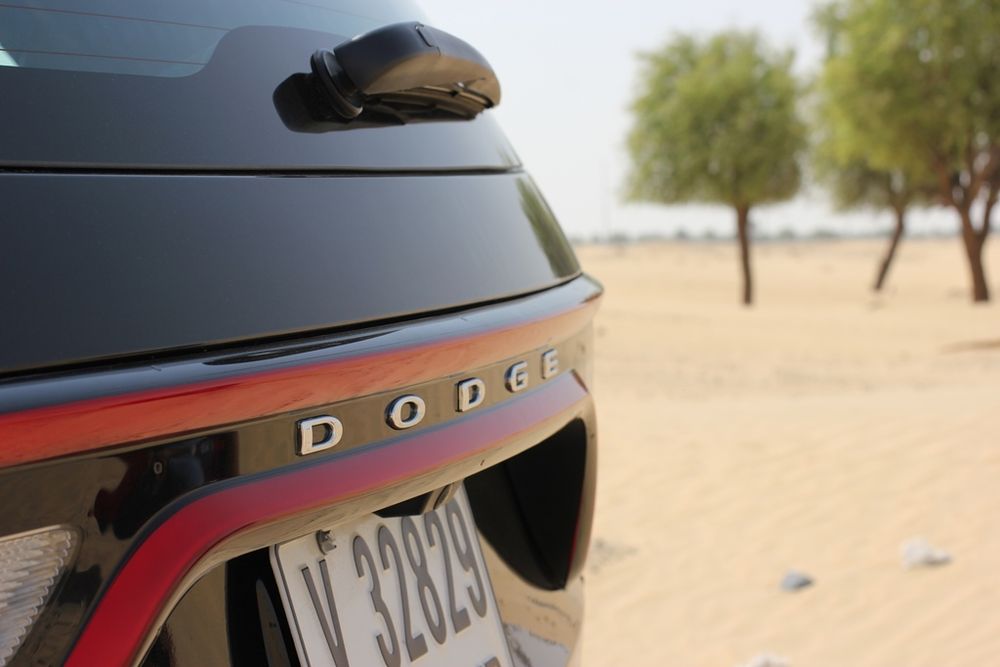 Priced at AED 340,000, the Dodge Durango SRT is an oddball in the SUV segment, an extremely desirable rebel. It’s fast and it’s loud, but it’s also nimble and responsive. If you’re looking to make a statement without saying much at the next parent teacher meeting, then you’d better add the Durango SRT to the top of your shopping list, it’s a family muscle car.