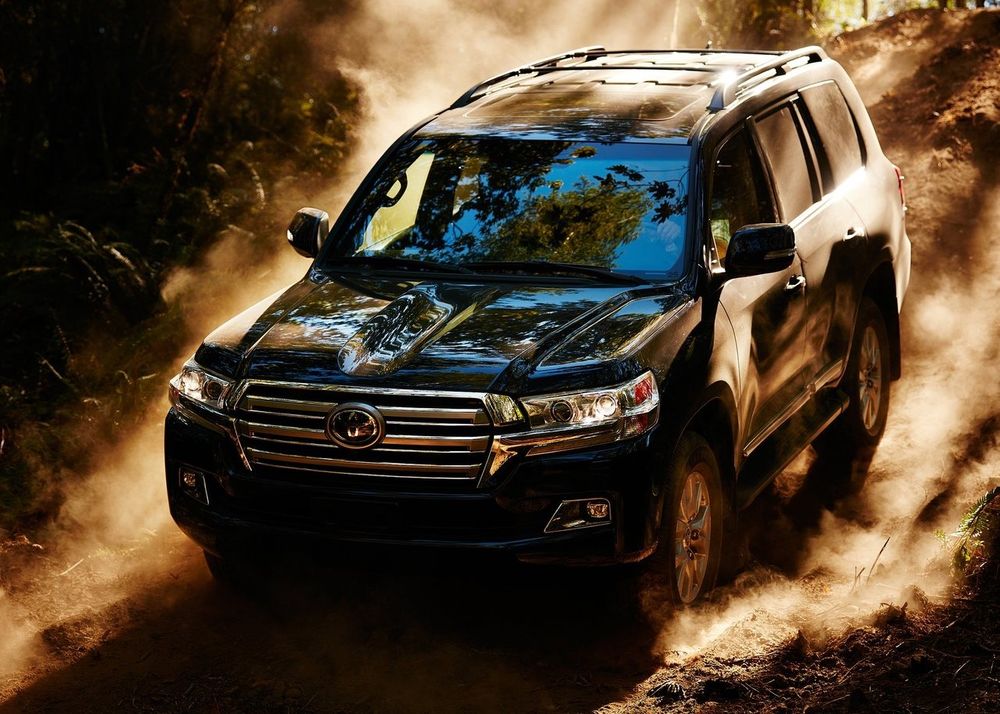 Toyota came out with the Land Cruiser way back in the early 1950s, making it the brand’s longest-running model, ever. Since then, there have been several iterations of this world-famous 4X4, the most recent one being the outgoing 200 Series. However, the present-gen Land Cruiser was launched over 10 years ago, that is, in late 2007. Thankfully, Toyota has kept making minor alterations to the design of the 200 Series to keep it looking fresh, while at the same time, the automaker has also added several modern features and equipment as well.

Toyota offers up to nine different variants of the 2019 Land Cruiser in the UAE, with prices starting from AED 208,950 for the entry-level Safari trim. On the other hand, the fully-loaded VXR trim with the 5.7-liter V8 retails for AED 349,900. The Toyota Land Cruiser, like most old-school full-size SUVs, is built on a body-on-frame platform. It’s quite a gargantuan vehicle, this. It stands 5.115 meters in length, 1.980 meters in width, 1.905 meters in overall height, and boasts a wheelbase of 2.850 meters. The massive exterior sure does help open up a lot of space on the inside of the Land Cruiser. It offers three rows of seats, with space for up to seven occupants.

The first and second rows have loads of room, since there’s no dearth of shoulder, head, and knee or leg room. Having said that, the third row isn’t too bad, especially if you’re not a tall person - it’s great for kids, though. The third row can be split for increased luggage space, and if required, the second row can also be folded for a truly cavernous loading area. The seats in the Toyota Land Cruiser are quite comfortable, whether you’re cruising down a highway or jumping off sand dunes in the desert. Toyota has added several layers of isolation materials to keep the NVH levels low, and for the most part, this cabin remains fairly civilized.

Unlike the older generation model, the 2019 Toyota Land Cruiser’s interiors are well built, with good fit & finish, and everything works as it should. There are also quite a lot of toys to play with, especially in the higher trim variants, though they can get really expensive - considering traditional 4X4 standards. However, over the years, the Land Cruiser has been stepping up on the luxury scale, inching closer and closer to the outright luxury SUVs in the market. In the UAE, the 2019 Land Cruiser competes with the Nissan Patrol, Jeep Grand Cherokee, Chevrolet Tahoe, and Audi’s Q7.