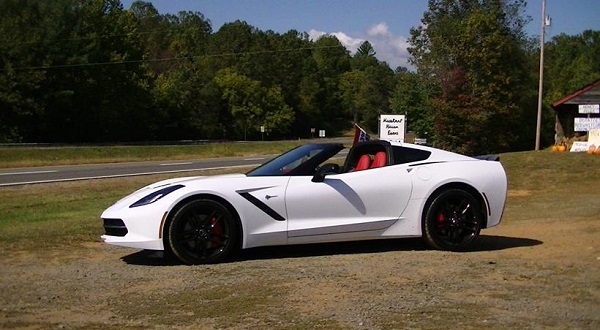 What a way to celebrate 60 years of Corvette! YallaMotor.com got a massive scoop, an invite to drive the all new seventh generation 2014 Corvette Stingray around the twisty switchback roads of Virginia countryside. How could we say no? The drive started in Washington DC city all the way to Virginia countryside and back to the hotel, a drive time of over 5 hours with a 25 Corvette strong convoy. Here is what we found: 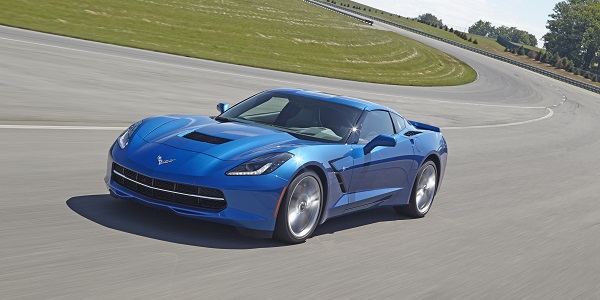 The new 2014 Corvette Stingray is a full revamp after the 2007 version, which means a lot has changed since then. For one, it's now called Stingray which is a throwback to the 60s when the C3 and C2 Corvettes rolled with the Stingray moniker. The new Vette is an inch longer and wider, making for a more stable outlook ,not to mention more interior space. 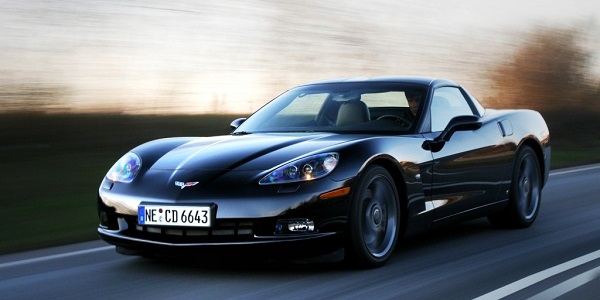 How does it compare with the previous Corvette shown above? The most obvious change are the new functional airscoops to create downforce and cool the transmission and brakes. One cool optional feature is that the Brembo brakes can be color coded depending on the color of your car. On top of that the roof is removable and easily stowable with latches in the trunck so essentially the Stingray is a Targa design, a nod to designers at Porsche. The character lines are edgy and more aggressive this time around. The new lights are debatable, I personally like the new headlights but some people find the old ones better. 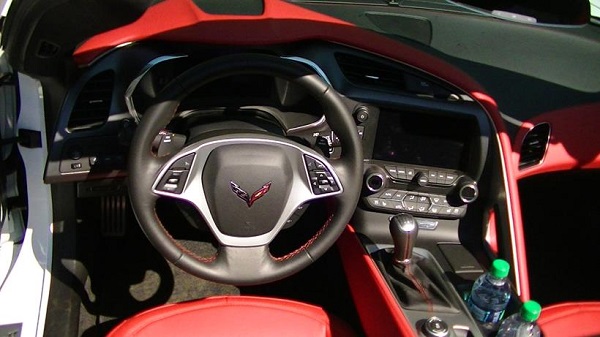 Finally Corvette designers have brought themselves up to a more premium modern standard of sportscar interiors. The new interior is a huge improvement over the previous generation. A lot of hard plastics have been removed and replaced by soft touch material and stitch. Even the door sills have retained soft touch material, something a lot of car brands leave out. The steering wheel is smaller now in diameter, about 14 inches, making a better impact on aesthetics and drive feel. The whole instrument panel and overall ergonomics are completely focused on the driver, so the passenger has nothing to do but enjoy the ride while the driver has minimal need to rework anything in the instrument panel. The seats are brand new with a magnesium frame and lots of side bolstering to keep you in place as you race around. The standard seating is called GT and an optional race track focused seats called Competition are also available.

The Corvette uses MyLink infotainment system which worked perfectly in our drive. We were able to sync our Bluetooth to our iPhone with ease and the navigation system easily directed us back to our hotel when we got lost in the labyrinth of downtown Washington DC. One cool feature is that the heads up display actually included the navigation directions, so there was no need to look down at the screen.

No issues with headroom or legroom. I'm 5'11 so that says something. A 6 ft individual can easily fit in with headroom to spare. The boot is long enough for a set of golf clubs although once the roof is stowed in there is no room at all. 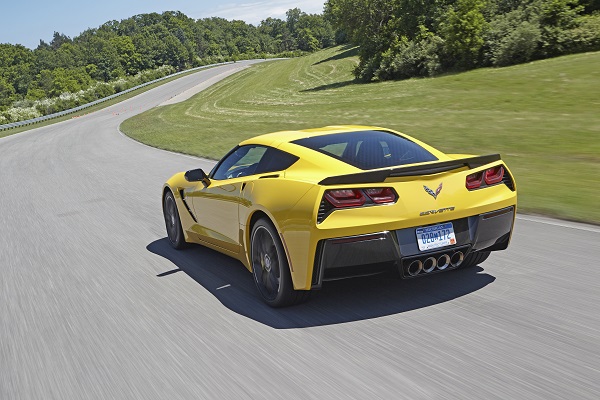 All models come with 5 drive modes, which configure everything from exhaust note to layout of vital information. Essentially it thinks for you so you just focus on the drive. The RevMatch is an amazing feature introduced here. It predicts your gear changes so you get the smoothest of shifts. It virtually eliminates the need for a novice track racer to learn heel tow shifting, allowing him to compete more favorably on the track. The exhaust note is VERY addictive especially under Track Mode.

We obviously found the Z51 7 speed transmission more appealing, although for everyday driving in traffic people might find the 6 speed automatic to be a more relaxed option.

At high speeds on Sport Mode, the steering and suspension are firm enough but not enough to make your fillings fall out of your teeth. The Track Mode should be saved for a smooth piece of concrete or the race track. On Eco or Weather for everyday driving, the suspension softens just enough to allow you to cruise along. The traction control can be switched off allowing you to push it hard on cornering. The steering is electronically assisted and becomes light or heavy depending on the mode. The brakes are very good, the upgraded package is definitely worth the money. Great pedal feel, no need to push down hard as the brakes are very responsive. The handling is absolutely thrilling, its literally point and shoot, does exactly what you want it to do. No hint of over or understeer there.

At $70,000 USD for a fully loaded car, this is a great price and the best standard Corvette by far in terms of design and performance. Splurge some extra dough and go for the Track version which is even better.