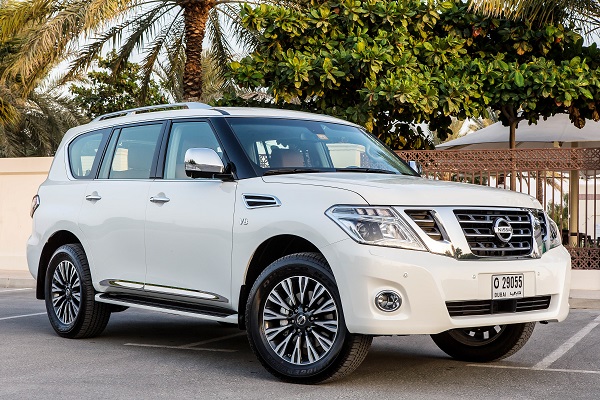 This has been a good year for Patrol with 45% growth in sales for Dubai and Northern Emirates market, totalling around 4,500 units according to Salah Yamout, Director, Sales and Marketing at Arabian Automobiles. One reason could be the world record set by Nissan Patrol pulling a Rus Aviation cargo plane, but we suspected more. We took the facelift 2014 Nissan Patrol out for a drive that included a test of high altitude wadi and dune bashing. If you recall, our last road test of 2013 Nissan Patrol was limited to the desert. The new Patrol has a few cosmetic changes that include a new grille with LED daytime running lights, 20 inch alloy wheels and roof rails. From the inside, some new technologies have been added such as Around View Monitor and Back Up Collission Intervention, warning you of moving objects in the rear. Now, on with the drive! 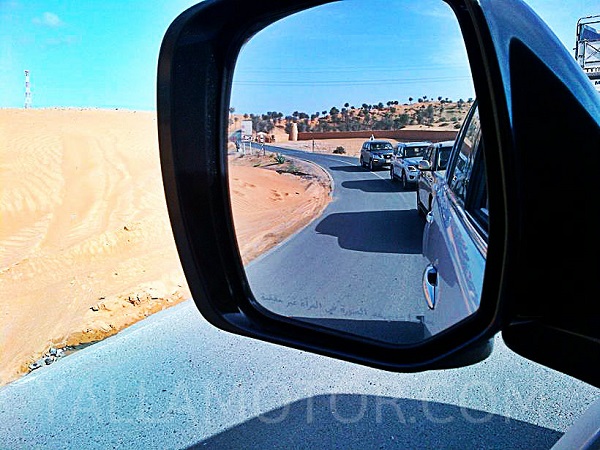 The first leg of our drive took us for a 1.5 hour drive from Dubai to Banyan Tree Resort, Ras al Khaimah. Our model of choice was the SE trim V8 as it's one of the most popular models in the Patrol range. Picture driving a 5.6L V8 at high speed listening to your favorite tracks; at over 300 HP it's the next best thing to meditation. However, do keep in mind to set up cruise control once you're on the highway, as every step on the gas pedal brings out the CVT engine noise which will wake any Yogi up in the Himalayas. Aside from that, the drive experience is smooth and powerful. Front, rear and side visibility, despite the large size is very good and gives a clear view from all angles. 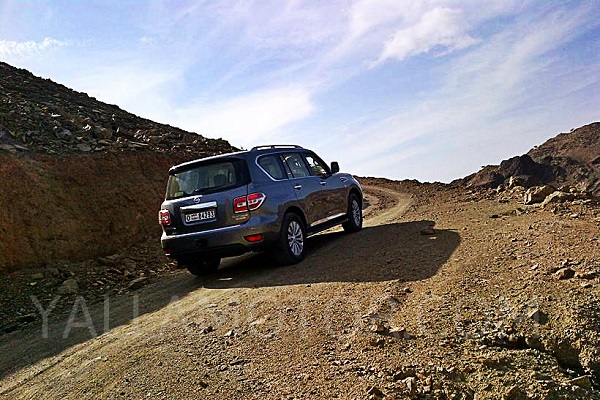 If you really want to try wadi bashing, one of the best places is Wadi Koob in Ras Al Khaimah, which is where we went. We had a route that included not just driving on gravel but also going deep and high on rocky mountain trails that climb at higher altitudes. This allowed us to test the hill climbing and descent capabilities of the Patrol and it's ease in tough terrain. On both counts we were significantly pleased. The Patrol was able to navigate rocky terrain quite comfortably. It is a proper 4x4 so it includes 4 low and 4 high gears, coupled with Drive Modes for Road, Rock, Snow and Sand. Additionally, there is a Hill Descent function which proved to be quite useful when we climbed down a steep rocky hill. When switched on, it maintains traction so the Patrol moves very slowly downwards to stay in control. This is a very useful feature especially during rains when steep hills become even more slippery. Driving at high speed on gravel also allowed us to test the suspension in Rock Mode. It is surprisingly quite smooth, unlike the butt hurting suspension of other, more bare bones 4WDs. 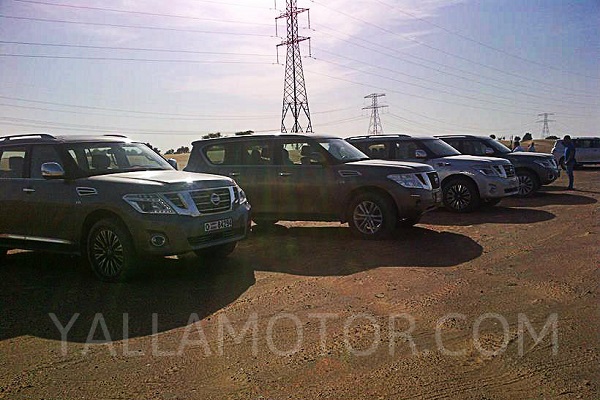 After road and wadi bashing we hit the dunes to experience a taste of dune driving. Our past pleasant experience was repeated with an effortless drive up and down dunes with Sand Mode and 4 High gears, giving us no problems whatsoever. It's easy to see why Patrol is so popular in the Middle East. It has a lower price tag compared to Range Rover, it is more comfortable than the Jeep Wrangler and the V8 engine has more power compared to Toyota Land Cruiser. So it enjoys strong support among the majority that seek a healthy balance between comfort, power and price.

Interestingly, one of the models in the drive was a 2013 Patrol with the old rear lights. We noticed the 2014 Patrol does not have LED lights in the rear whereas the 2013 Patrol did have them. Check out the images below: 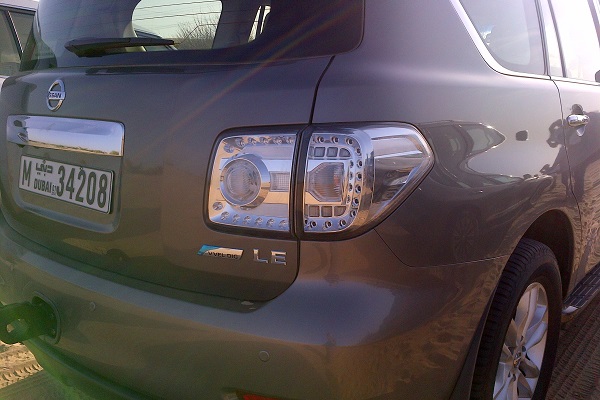 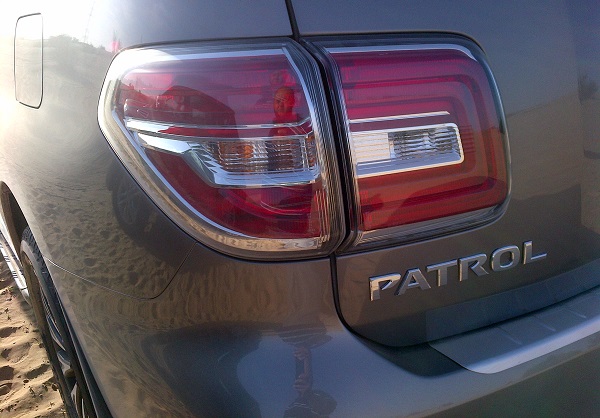 We were curious to know why the switch was made. According to Mohamed Akel, Communications Manager at Arabian Automobiles, the overall feedback from customers was to keep non-LED rear lights for better visibility in the desert. What do you think? Honestly, we like the old lights better but we leave it up to you to decide... 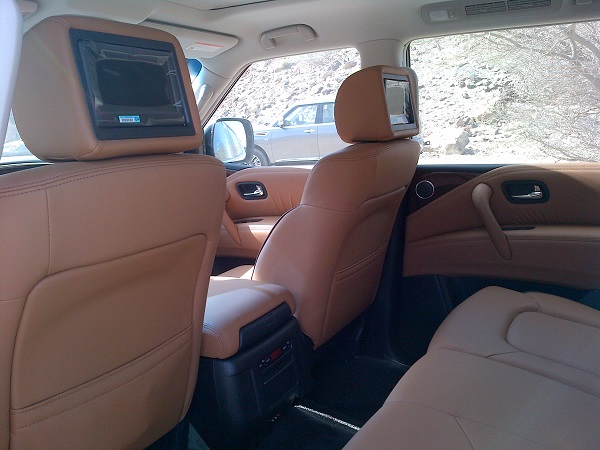 One of the new interior updates is a brand new leather color option shown above. It resembles the color of a desert dune in evening, loved it. The rear entertainment screens are fitted at the back of both front seats which means rear visibility is not hampered. Other SUV's like Honda Pilot for example have rear entertainment screen that flips down from the roof and blocks rear view for the driver. Also the second and third row seats get A/C vents on the top right of their windows so the cooling is better compared to rear AC vents that are at knee level. Third row legroom is better than a lot of full size SUVs. One recommendation from us is to increase the size of the sunroof. Right now the Patrol has a small sunroof that extends upto the driver side only. This means the kids at the back cannot put their hands out which they love to do. So a larger panoramic sunroof similar to Ford Edge or Hyundai Tucson will make the Patrol even more family friendly.