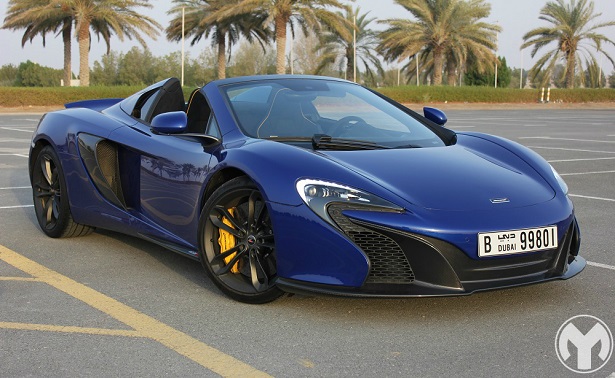 Mclaren is a name synonymous with performance. After all, the company created the pinnacle of sports cars – the F1 GTR – before the Veyron took the crown. But after the F1, the company did not make any icons per se. The partnership with Mercedes-Benz did spawn the SLR Mclaren but it was more of MB than Mclaren. All that changed when the fax machine titled MP4-12C came into existence and the motoring world went into a frenzy. Finally, the British supercar is back to tackle the Italian counterparts. With precise numbers on paper, it was evident that the 12C was intentionally targeting the 458 Italia – the supercar benchmark. And it did just that – beat 458 in almost all areas. Almost. The 12C had better performance figures, handling and comfort. It was a car made from scientific equations and precision. But, along the way, the makers forgot to add the main ingredient i.e. fun. That’s where 458 excelled and it was clearly proven by the dismal sales figures. However, Mclaren did not bow down and 3 years later, they launched the successor to the 12C – the aptly titled and easy to remember 650S. You can check out its prices and specs over here. 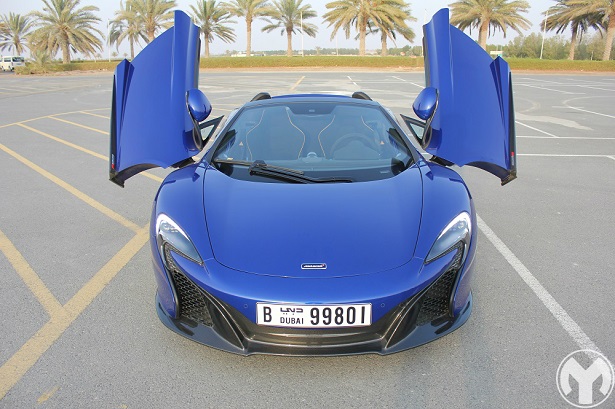 The 650S is an evolution of the 12C design rather than a revolution – and that’s perfectly fine. They spent years in R&D on perfecting the aerodynamic design so it will be unwise to bring a radical change so soon. What they did was improve the exterior of the 12C. The front is clearly inspired from the P1 hypercar and looks lovely. The side profile is as aero as a supercar can be. What I personally did not like is the rear end. It retains the 12C rear and I wish they’d change it soon as the rear somehow doesn’t give me the supercar feel. It is not pretty nor is it shocking. It screams nerd science. However, I forget that once the doors go up as it turns into an instant showpiece. I miss the scissor doors (or whatever they are called now). Both Lambo and Ferrari have opted to for regular boring door opening mechanism. It just doesn’t feel supercar-ish without special doors – 10 points to Mclaren. If you’re still not convinced then keep the doors open in a public area and you will see people turning around and clicking pictures. I felt like a celebrity whenever I stepped out of the car. I can’t give a better compliment than that. 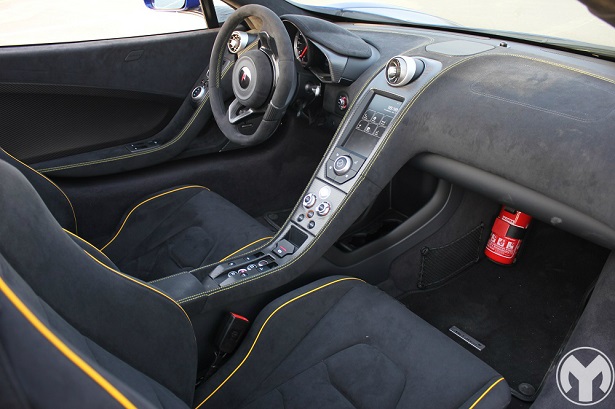 This is by far the most driver-focused supercar – with all the basic modern amenities – I have seen. Once the doors are opened, you will need to struggle a bit to get in and out of the car as the seating is low – almost road level. Once you are seated though, then it all makes sense. First time I sat, I felt like I was sitting in a go-kart. The accelerator and brake pedals are very close to each other but not close enough to be pressed at the same time. The leg room is amazing and the bucket seats are comfortable enough to let me sit for long hours without tiring. It is such a supercar that can be driven daily without hassle – and that is a compliment in itself. Kudos Mclaren! 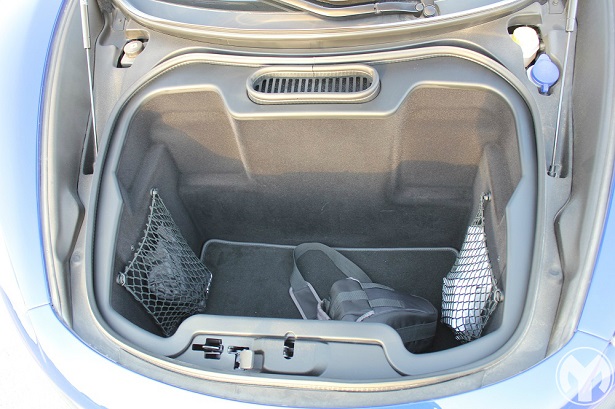 The visibility is better than most supercars except the rear. Thankfully though, the rear camera is present to aid in getting out of parking. Although, I wish they would acquire a better camera and a bigger screen to look at. The infotainment system, albeit modern and resembling a cellphone, needs work. It is very unresponsive and froze almost every time I turned on the navigation. It has the same issues as a cellphone. On the other hand, I loved the individual A/C controls on each door side. However, the seating controls need time to get the hang of it. Other than that, the generous dose of Alcantara is a brilliant touch as it keeps the car cool during summer and one can hold the steering firmly without screaming. All in all, the interior is a nice place to be in and one seldom wants to get out. 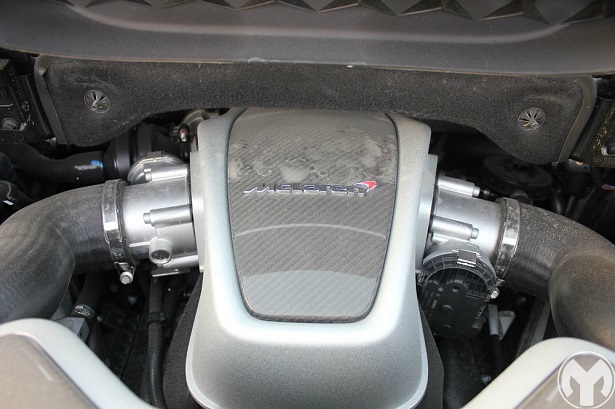 The best part of any supercar is the drive and the 650S gives a fulfilling driving experience. Let’s look at the numbers. It is powered by a twin-turbo 3.8 liter V8 engine producing 650 horses and 680 Nm of torque. This helps the car propel from 0-100 in 3.8s (0.8s more than the claimed figures) using launch control and the car tops at 329 km/h. But it’s not all about straight line speed. It is about the power delivery and control. Well, you will be pleased to know that the car does provide you with the sensation of speed while not making it scary in anyway. The car does act twitchy at times and loses traction for a while during full acceleration but it regains composure fast. It is due to the fact that it is only RWD but those PZEROs really do a great job in planting the car on the road. Add to that the active spoiler and the car becomes a totally different machine altogether. The steering wheel is a gem and one can feel exactly what the wheels are doing which oozes confidence in the driver to take the car to the limit. Moreover, since it is turbo-charged, the sweet sound of turbo spooling till the RPM reaches mid-range is intoxicating before the boost activates and then you warp into the future (err, well not really). I was a little disappointed by the engine noise but I guess that’s what you get from a turbo. All this fooling around does take a toll on the fuel consumption as the car gave a dismal 25.6 l/100km range. However, things change when you switch to ‘normal’ mode using the knobs and 650S suddenly becomes a GT cruiser. The car is thankfully not that low and going over humps is a breeze – which is quite shocking and impressive. I spent most of my time driving on roads with speed breakers to see whether this can be driven daily as not everyday is a track day. And, I am pleased to say that one can live with the 650S on a daily basis. 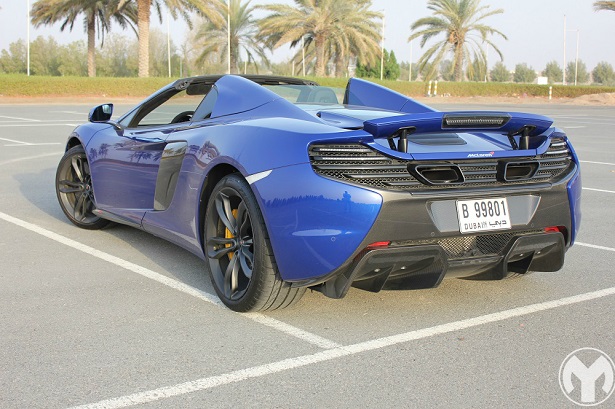 When you have a million AED to spend, I don’t think there is a better car in the market right now. The 458 is old and the 488 is yet to be driven. On the other hand, there is the Huracan which is an exotic but can’t be driven on a daily basis – especially on the humps. The 650S offers what 12C did and more. It is fast, comfortable, modern, uber-cool and most of all; fun.

P.S. Get the spider version as you want to show off this beauty with you in the driver seat.