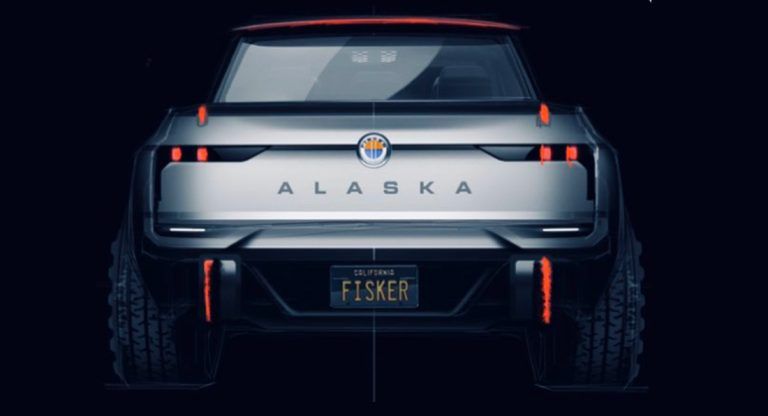 Electric Vehicles have been around for a few years now and as one would expect, there’s been a shift in focus. Brands are moving away from building the most affordable EV in the market and focusing on an up-and-coming segment that looks ready to rake in the big bucks: the electric pickup truck.

With brands such as Rivian, Ford, and Hummer making waves in the electric mobility space, Fisker seems to have jumped aboard the bandwagon, if their latest (accidental) post on social media is anything to go by. Barely a few months after previewing its upcoming Ocean Electric SUV, Fisker looks ready to move on to its next creation, the Alaska pick-up truck.

You might also be interested in: Fisker set to display Ocean Electric SUV at upcoming Geneva Motor Show

The Twitter post accidentally shared by Henrik Fisker shows the rear of a pick-up truck dubbed Alaska before being quickly deleted, and although a company spokesperson did not confirm or deny anything related to the Alaska pickup truck, they did say that Fisker is working on a modular electric vehicle platform that may underpin several different EV models in the future.

Judging by the picture leaked on social media, it can be seen that the Alaska pickup truck has an aggressive design with a large brake light on the roof and a set of massive off-road wheels and tires. Sleek LED taillights chisel their way into the bodywork and give the Alaska an elegant appearance.