The Honda Accord and Toyota Camry have been battling it out for supremacy for the better part of thirty years. Icons in the automotive industry, the Japanese sedans have earned their reputation as being the biggest and most prominent names in the D-segment. While the all-new 2018 Honda Accord is revolutionary, good looking, and packed with features, the 2018 Toyota Camry, which claims to be the King of Sedans, is out to put up a tough fight and maintain its position on the podium. 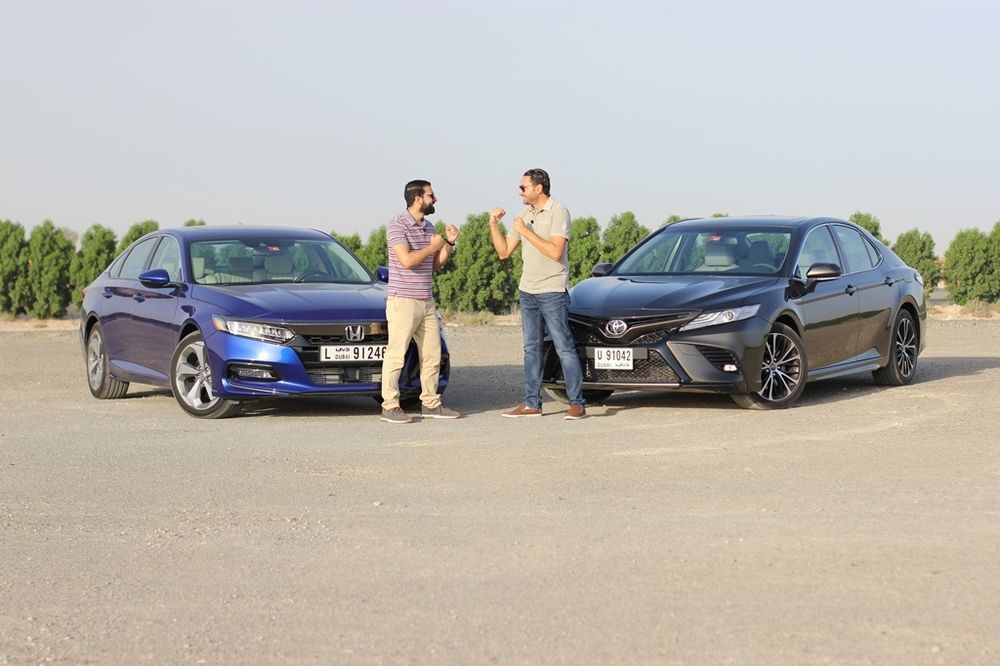 Taken heed of the success that the styling of the all-new Civic brought to the brand, the designers at Honda haven’t played it safe with the styling of the all-new Accord. They’ve got rid of the traditional three-box styling that most sedans tend to follow and opted for a significantly more interesting fastback design. Dark chrome elements compliment the sharp contours that embellish the bodywork and lend the Accord an intimidating stance that is bound to turn heads around town.

Traditional, yet not to be confused with boring, the styling of the all-new Camry stays true to previous models and isn’t as progressive as its rival’s. Flaunting a black spindle grille, dual exhausts, 18-inch alloys and a rear spoiler, the Camry is likely to lure the attention of a younger audience with its boy racer appeal. Lacking the elegance of the Accord, the Camry more than makes up for it with aesthetic aggression that is brought into being through gaping air inlets, crisp contours, and artificial vents. 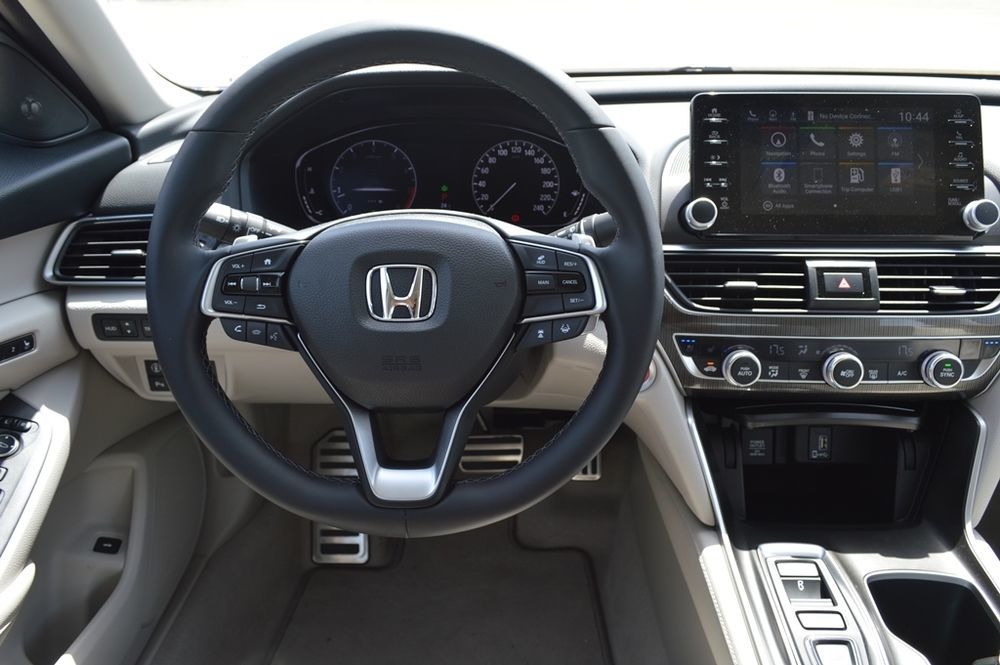 More modern with a cabin that is better designed and of better quality, the Accord continues to differentiate itself from its more affordable rival. Although rear head room is compromised by a couple of centimeters (with the sloping roofline to blame), the longer wheelbase of the Accord contributes to greater rear legroom and superior boot space, measuring 473-liters as opposed to just 428-liters in the Camry. 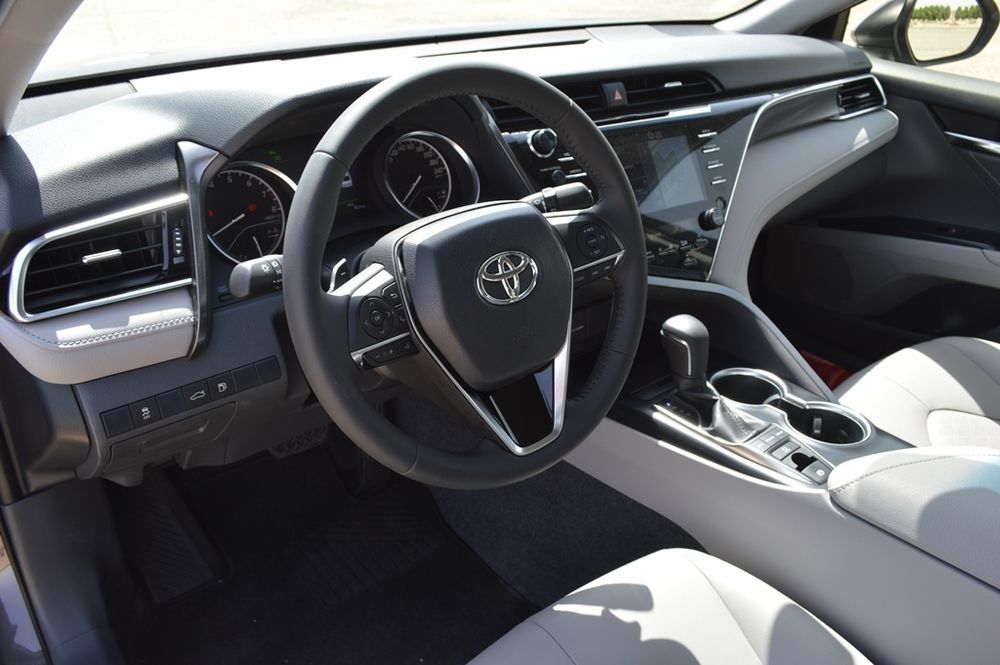 The funnel-like layout of the Camry’s dashboard is a vast improvement over previous models but isn’t as pleasing as that of the Accord. With silver elements highlighting the gloss-black finish that backs the infotainment system and A/C controls, it’s different yet not as intuitive as the Accord. The supple, perforated leather seats in the all-new Camry are comfortable, supportive, and play a vital role in the sedan’s likeability. 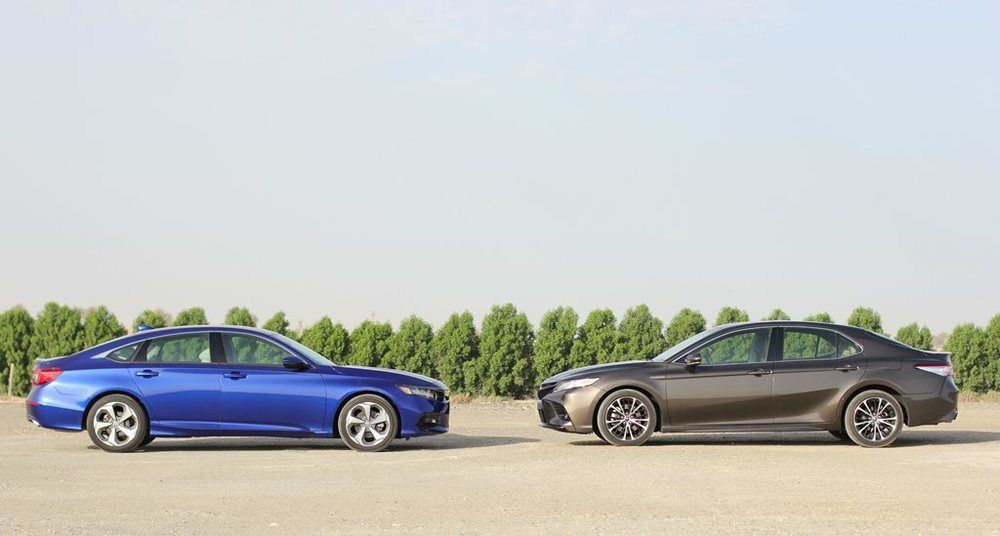 With a definitive edge over the Camry, the 140,000 Dirham Honda Accord is packed with a plethora of tech goodies that include a remote engine starter, Head-Up Display, adaptive cruise control, lane keeping assist, a driver attention monitor, active noise cancellation, Android Auto, Apple CarPlay and plenty more. In fact, the ease with which the Accord’s driver aids come together when the adaptive cruise control is in action, is difficult to explain and harder to find, even in significantly pricier offerings.

The Camry’s feature list, which is far shorter than that of the Accord, is to do with the fact the Aichi-hailing sedan is a whopping 20,000 Dirhams more affordable. Along with keyless entry, push button ignition and cruise control, the Camry is armed with (as my colleagues like to put it) more useable features that include a tire pressure monitoring system, an 8-inch touch infotainment screen, and a dual-zone air-conditioning system. 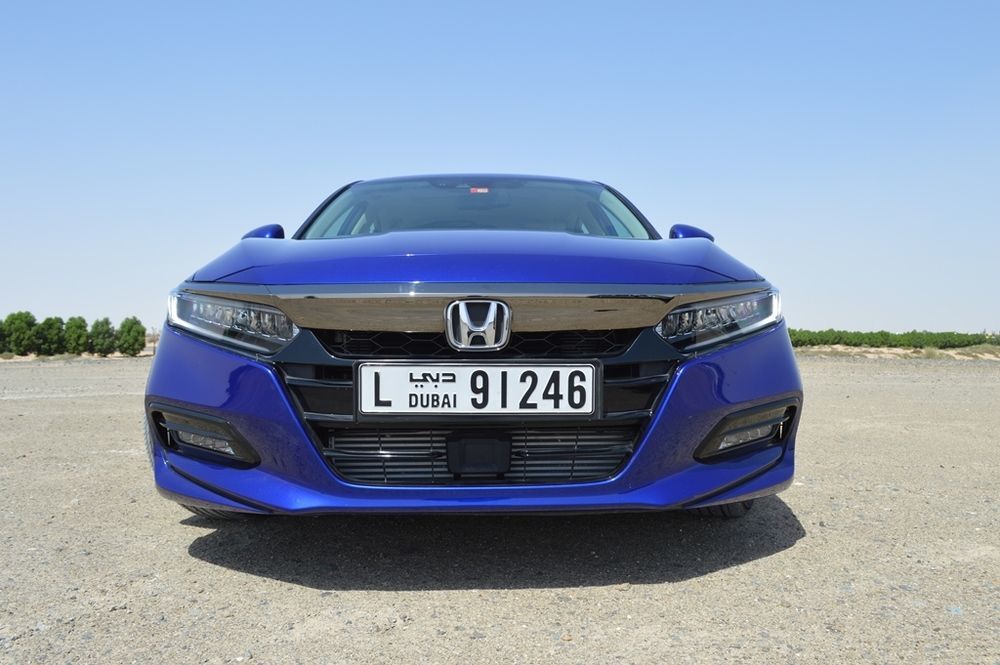 In a bid to improve fuel economy and reduce the overall weight of the car, Honda has bid farewell to its popular 2.4-liter and 3.5-liter naturally-aspirated engines in favor of two turbocharged units. Replacing the larger of the two, is a potent 2.0-liter four-cylinder engine that generates 247-horsepower and 370 Nm of torque. A down-tuned version of the same powerplant that powers the mighty Civic Type R, the Accord pushes its grunt through a 10-speed automatic transmission to hit the 100km/h mark in an impressive 5.8-seconds. 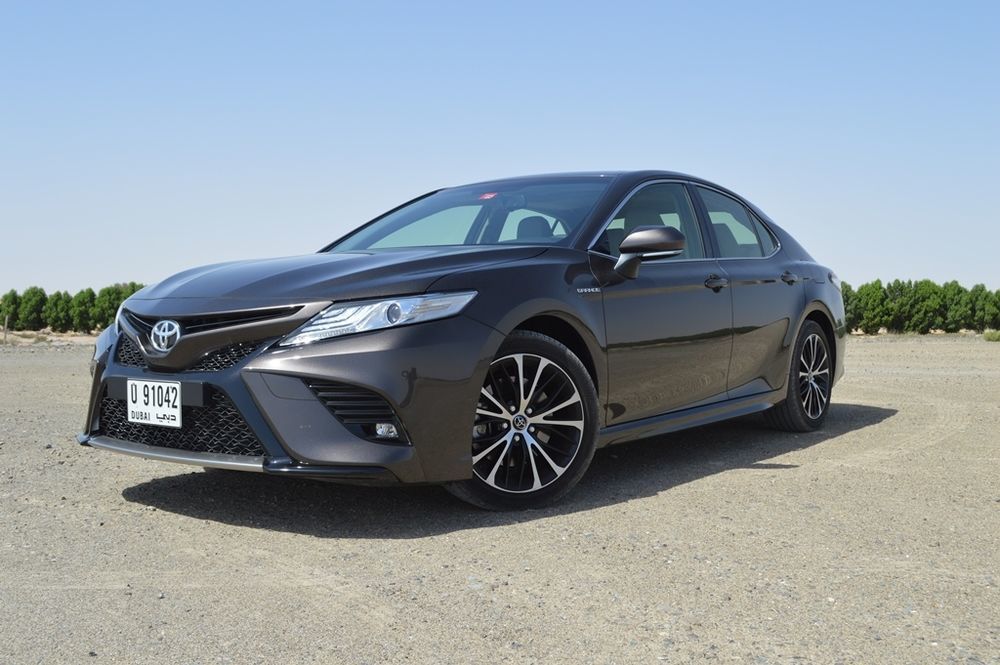 Though 42 kilograms heavier, the Toyota Camry is up on power with its naturally-aspirated V6 engine churning out 298 horsepower and 356 Nm of torque. Directed through an 8-speed automatic transmission, the spike in power helps the Camry stay ahead by dispatching a top speed of 235 km/h – a bump of 30km/h over the turbocharged Accord. Although the steering in the Camry lacks the preciseness of the Accord, it makes up for its fun-factor that reserves first gear for violent torque steer and wheel-spinning goodness. 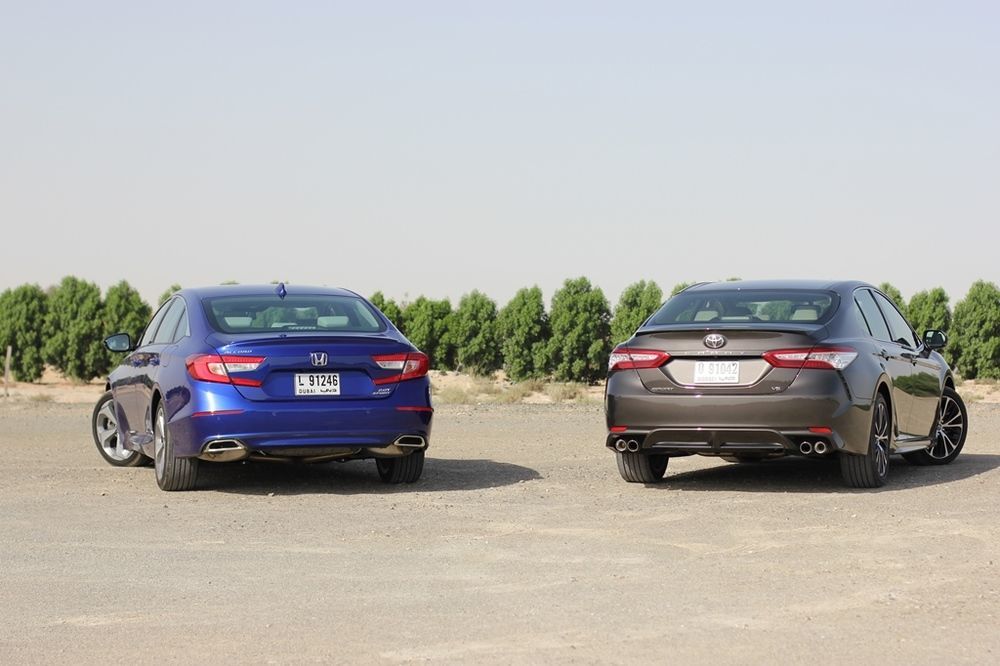 While one would expect a clear winner to be present, it’s important to remember that the Accord vs Camry battle is much like the automotive equivalent of Apple vs Microsoft, Batman vs Superman, or Coke vs Pepsi; there’s bound to be loyalists rooting for either side. Having said that, the Accord is the better car. It looks better, it drives better and it’s more practical. As for the Camry, it’s more affordable, more powerful, and it’s got that aura of unwavering reliability, something the Accord has yet to earn with its turbocharged powerplants.