The car you see above is the Hyundai Palisade, the Korean brand’s newest family SUV that is out to steal customers away from the Ford Explorer, Honda Pilot, and Nissan Pathfinder. Like all new Hyundais, the Palisade has got a funky design, technology that is extremely impressive, and a price tag that is just too good to ignore. 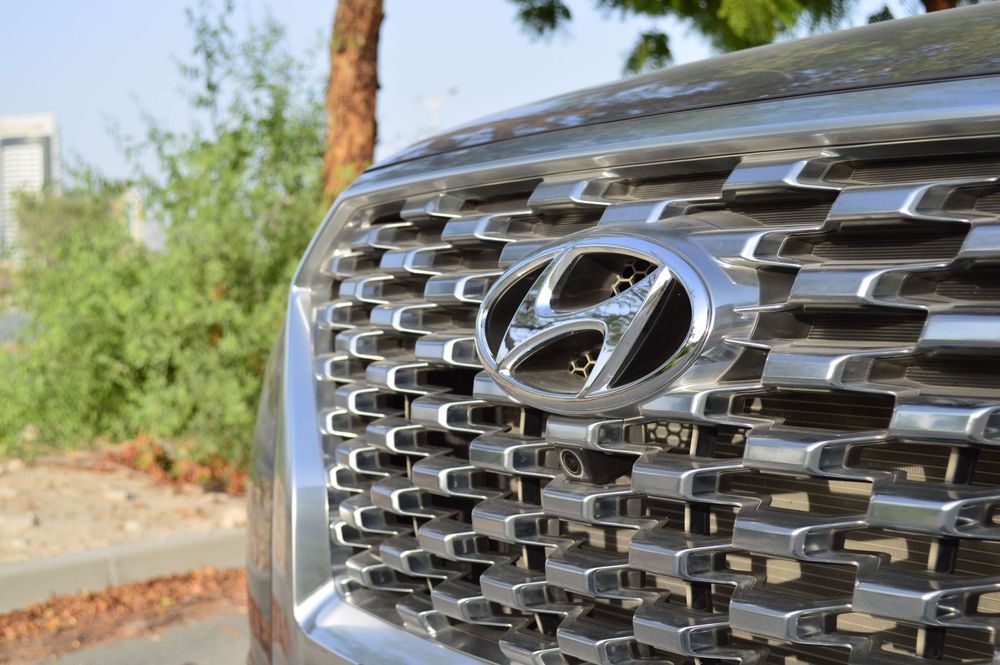 While almost all manufacturers have been dumping big engines in favor of smaller, turbocharged ones, Hyundai has decided to go against the grain. This Palisade is powered by a mighty 3.8-liter V6 that does not use turbos or any sort of forced induction to produce 295 horsepower and 355 Nm of torque.

What those numbers mean, is that the Palisade is more powerful than the Honda Pilot and Nissan Pathfinder, but just a little short of the Explorer. Having said that and although there are 7 drive modes to choose from including a Sport mode, this is a family SUV and comfort is very much the focus. The suspension is soft and the sound insulation from things like road and wind noise is better than expected. 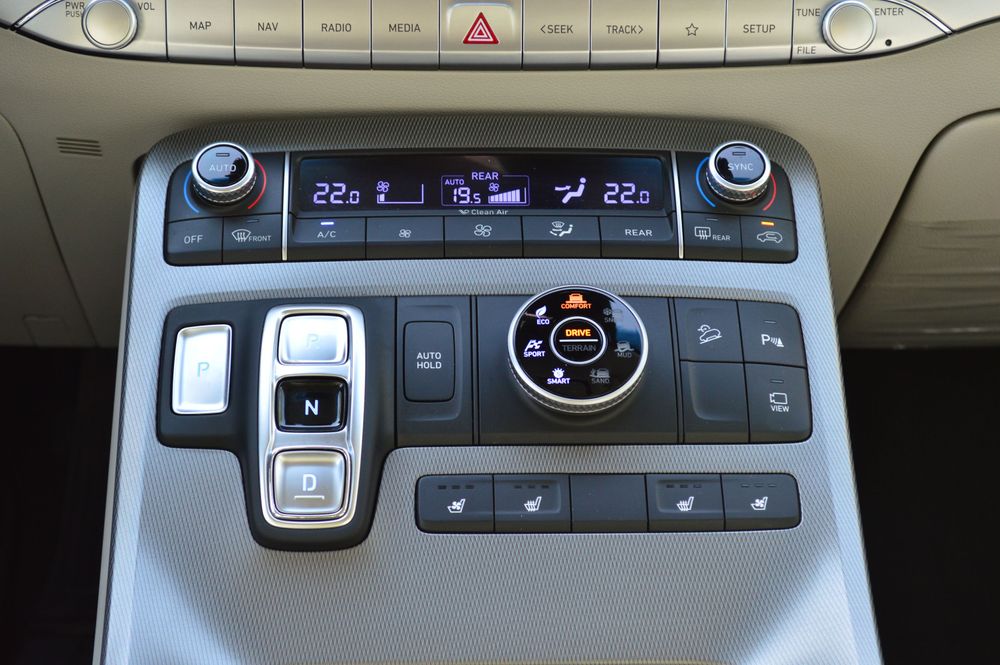 For our more technical viewers, there has long been a debate whether the Palisade from Hyundai and the Telluride from Kia are essentially the same car and while they do share a lot of components they are positioned quite differently. The quality of materials is very different and while the Telluride is the sportier of the two, the Palisade is for those in search of luxury.

What is worth pointing out, is how exceptionally well the adaptive cruise control system communicates with the lane-keeping and blind-spot systems to virtually drive the car itself. Working flawlessly, the system can easily be compared to ones that cost two to three times as much and not only does it brake and accelerate automatically once you have set your desired speed, but it also keeps you right in the center of the lane, takes small turns, and is constantly monitoring its surroundings to prevent a crash. All of this without the need to keep your hands on the wheel… 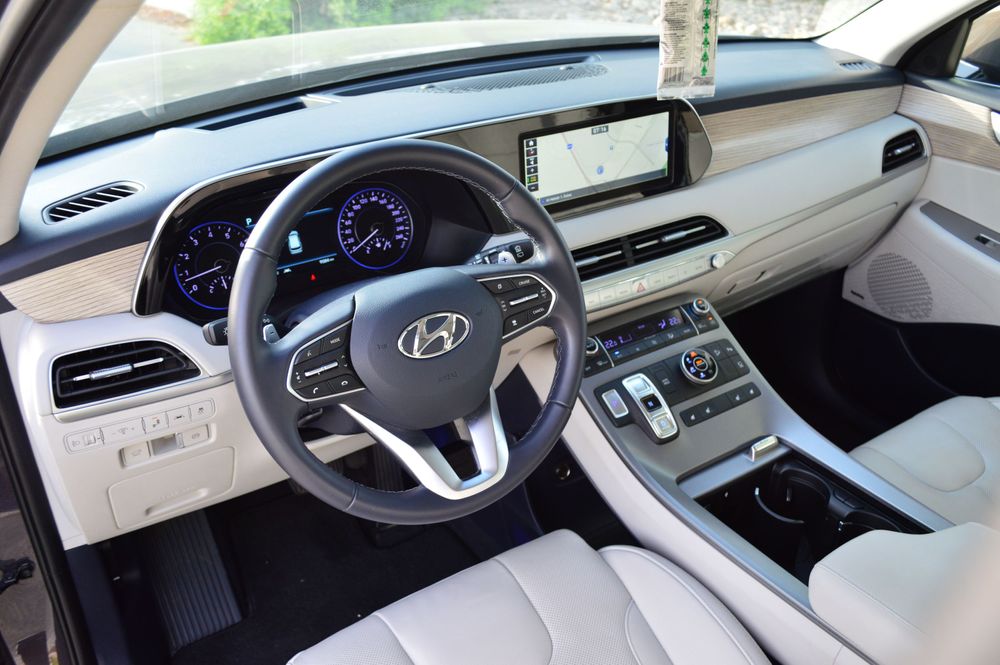 From an interior design and quality standpoint, the Palisade is extremely impressive. The designers have tried their level best to carve out as much space as possible, not just for the occupants but for their belongings too.

For starters, they have got rid of a physical gear lever for smaller and neater buttons and in doing so, there is one huge storage box with cupholders and a wireless charger. Look behind that and there is another storage box with even more charging outlets, and just in case that was not enough, there’s still more storage under the entire console, and like I said, this is just one section of this entire car. 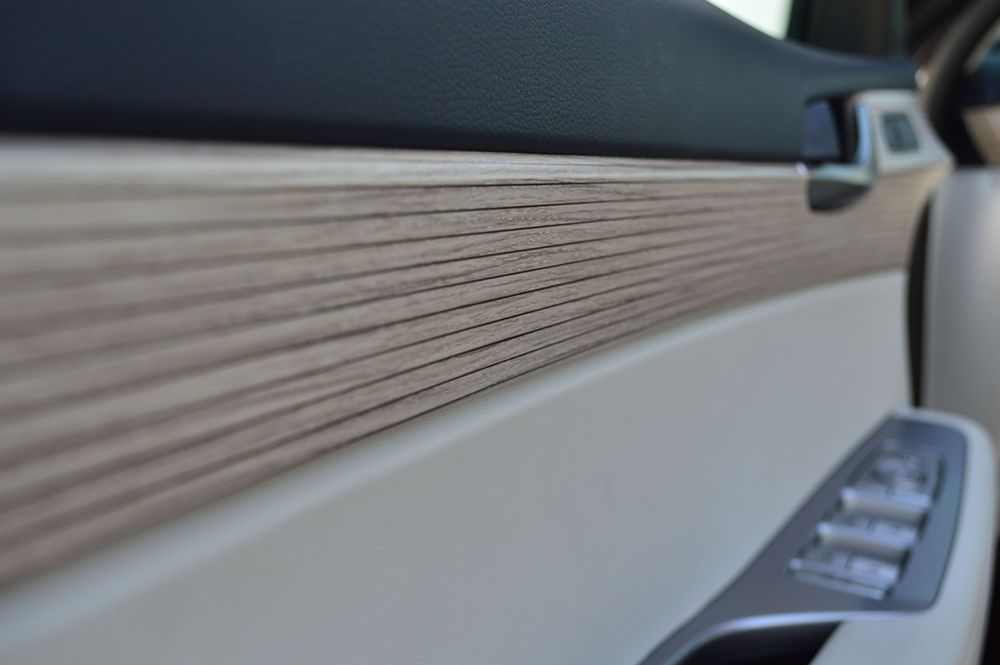 When it comes to the design, that is another job well done. There is plenty of leather and soft-touch materials that are complimented by this nice wood trim. Every piece of the cabin also looks and feels solid - something that cannot be said about all its competitors, especially the Ford Explorer which we reviewed, and you can read about here.

In the second row, it is great to see that Hyundai did not cheap out. The same great materials that have been used in the front are carried over to the back as well and here in the second row, there is plenty of space thanks to seats that slide forward and backward, as well as recline. There are also independent controls for the A/C system, USB outlets, and an additional 12V charging outlet, but the most impressive thing at the back is something known as a Rear Seat Alarm.

Essentially, it is a safety feature that beeps when you lock the car and start walking away to remind you that you have forgotten something on the rear seat. It could be something as small as a laptop or something as valuable as a child. These things do happen, and it is great to see Hyundai doing their bit to prevent it. 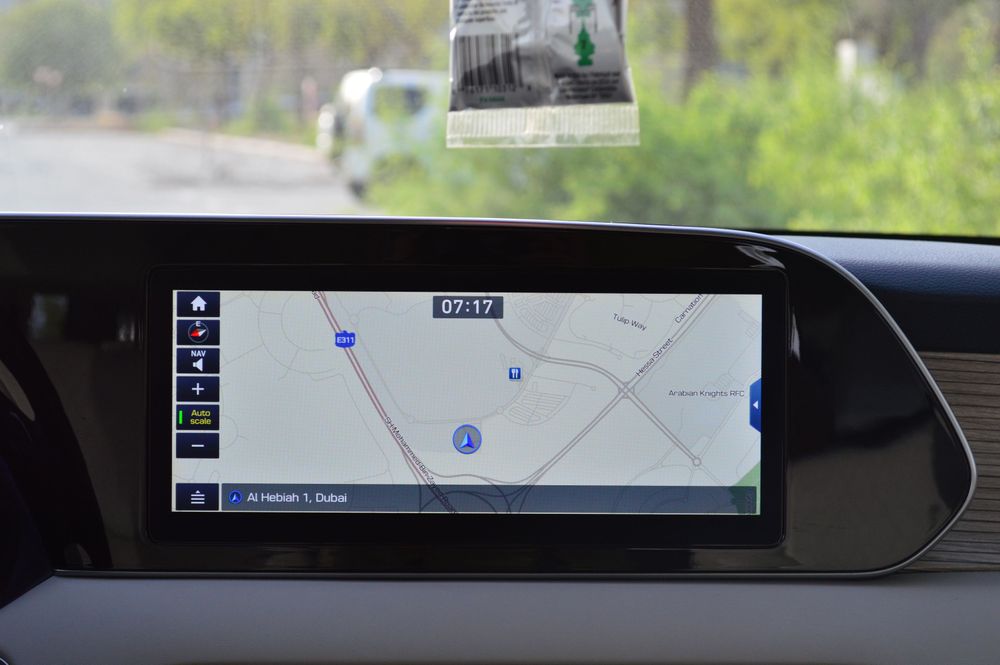 To better explain the features on the Palisade, I am going to divide this section up into two bits: features the Palisade has that most other SUVs have and features the Palisade has that not many other SUVs have. On the not-so-revolutionary side of things, there is a 10.25-inch touch infotainment screen with built-in navigation, Android Auto, and Apple Car Play; dual sunroofs; memory seats that are heated and cooled; a 12-speaker Infinity sound system, and a heads-up display.

But now that we have got those out of the way, let us talk more about the features that really make the Palisade stand out. First up, Driver Talk and Quiet Ride. Driver Talk switches on a microphone above the front seats and carries that sound through the speakers to the back. It is great when you have got a noisy family or when you need to yell at the rowdy kids in the back.

On the other end of the spectrum, Quiet Ride shuts off the speakers in the back and only plays music through the speakers in the front. When would you ever need to use something like this? Well, it is great if you are returning from a long road trip with sleepy kids and do not want to disturb them by playing any music.

Finally, the Palisade is also fitted with Lead Vehicle Departure, a system that basically monitors the car in front of you when stopped at things such as a traffic light and notifies you when it starts moving. So, if you are a little distracted either in your thoughts, eating, or texting, you can move off without having to hear a symphony of horns trying to get your attention. 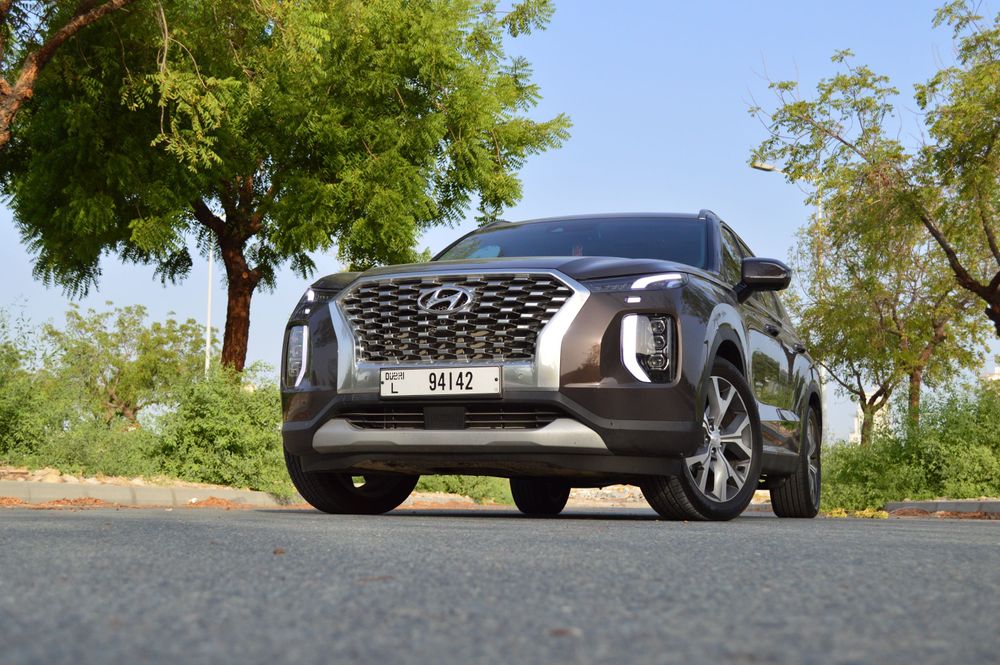 The styling is by far the Palisade’s most controversial side, while some people love the design, others absolutely hate it, and I for one find myself stuck in between. Sure, there are a few neat elements such as LED headlights and functional air vents in the bumper that divert air to cool the brakes down, but it is an acquired taste.

The slightly off-beat styling continues in the rear too with the oversized taillights receiving a dash of silver mascara. But lift the tailgate open and the Palisade quickly redeems itself, with boot space measuring in at 509 liters behind the third-row of seats -making it bigger than all its rivals except the Ford Explorer. For added practicality, the speed and opening height of the tailgate can be adjusted and there’s extra storage room under the cargo floor. 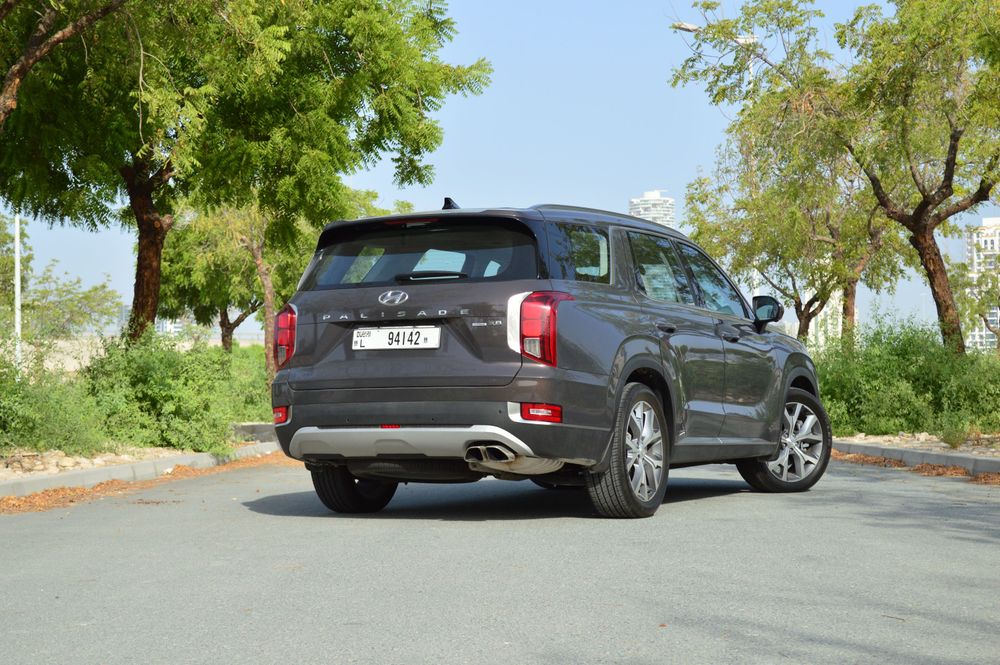 At 194,000 Dirhams, the Hyundai Palisade has a lot to give. It has got technology that not many other SUVs can claim to offer and if you cover the badge it could easily pass off as being created by a far more premium brand. But, while the Palisade is undoubtedly better than all its rivals, the question remains, are you willing to pay 194,000 Dirhams for a Hyundai?