Hyundai to use solar panels in vehicles by 2020 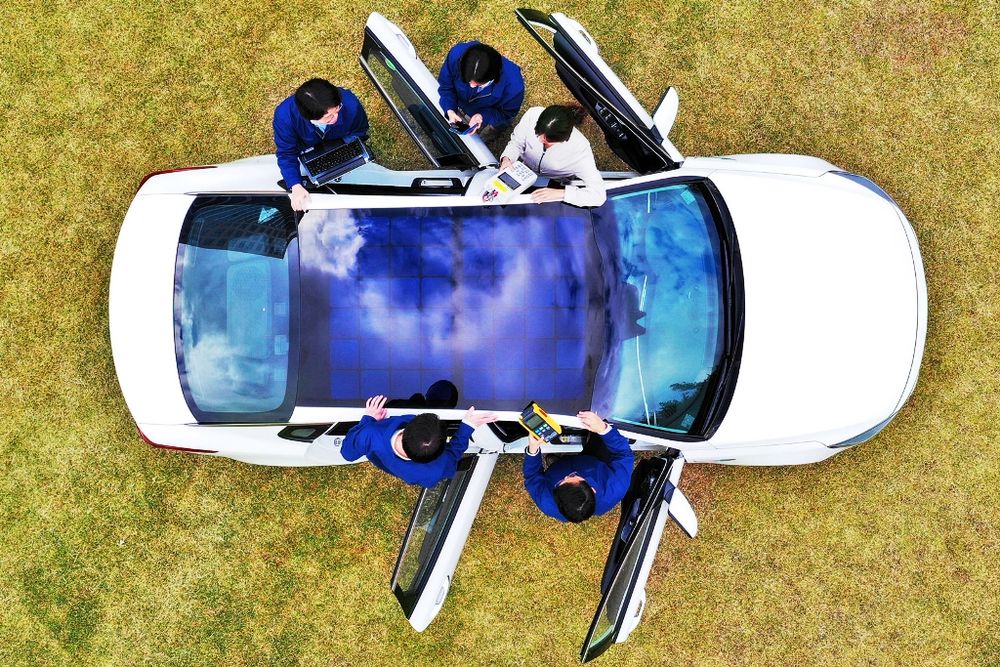 In a bold move and one that most manufactures haven’t considered, Korean automaker Hyundai Motor and its sister company Kia Motors, will soon introduce solar charging technology into their vehicles. Solar panels will be incorporated into the roof or the hood of the vehicle and will support traditional internal combustion, hybrid, and battery electric vehicles, in the way of increasing efficiency and driving range.

Jeong-Gil Park, Executive Vice President of the Engineering and Design Division of Hyundai Motor Group, said: “In the future, we expect to see many different types of electricity-generating technologies integrated into our vehicles. The solar roof is the first of these technologies and will mean that automobiles no longer passively consume energy but will begin to produce it actively.”

The meet the varying needs of vehicles, three unique types of solar roof charging systems are reportedly being developed. The first-generation system, which will be applied to hybrid models, is to be created out of silicone solar panels and will be capable of charging between 30% and 60% of the car’s battery over the course of a regular day, depending on the weather.

The second-generation system, which is a tad more advanced, will be a semi-transparent solar roof integrated with a panoramic sunroof and will be applied to internal combustion engine vehicles. Power obtained from the roof will then be utilized to charge the vehicle’s battery and will allow traditional engines to comply better with stringent emission laws.

The last and final system will be applied to the hood and roof of electric vehicles to maximize energy output. This would aid in charging the car’s battery as it was being operated / stationary and would also help reduce the range anxiety that many individuals still possess when contemplating the shift to electric vehicle ownership.