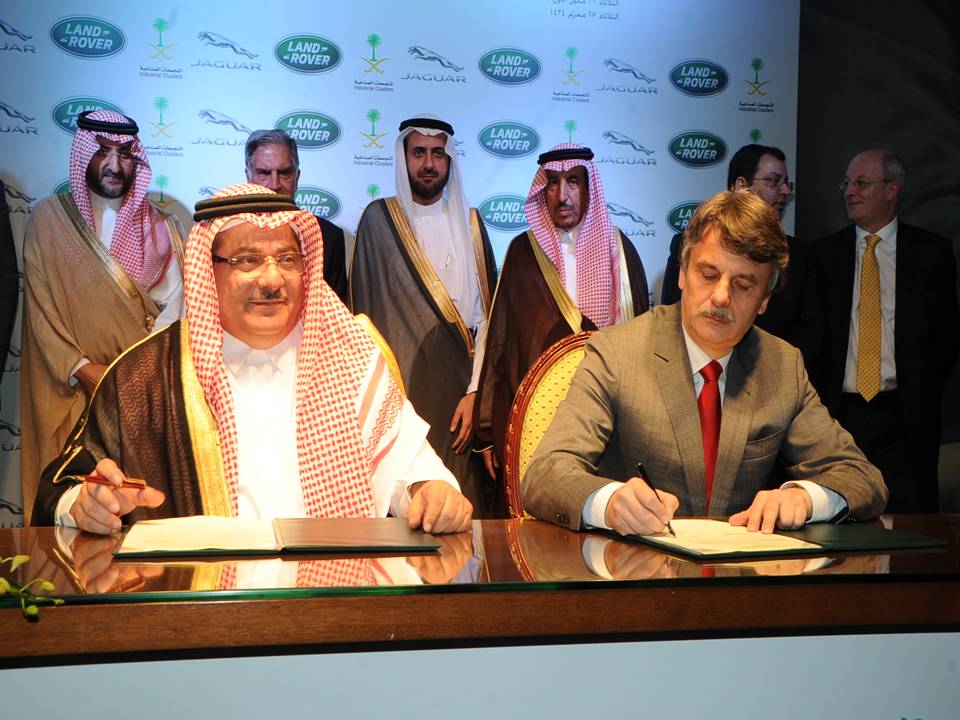 Dr Ralf Speth, Chief Executive of Jaguar Land Rover, said: “We are committed to further international partnerships to meet record demand for our highly sought after vehicles. The Kingdom of Saudi Arabia is an attractive potential development option, complementing our existing advanced facilities in Britain and recent manufacturing plans to expand in other countries including India and China. “

Discussions between Jaguar Land Rover and the Saudi Government are at a preliminary stage, although opportunities have already been identified in aluminium component production – an area where Jaguar Land Rover has established a leadership position.

The world’s largest integrated aluminium complex, a joint venture between Saudi Arabian Mining Company and Alcoa of the US, is due to begin production in 2014 at the Ras Al Khair facility – creating potential opportunities for the automotive sector.

Such expansion follows a sharp rise in Jaguar Land Rover sales to emerging markets, contributing to a 32% increase in global retail sales to 324,184 vehicles in the eleven months to November 30, 2012. In the current calendar year, sales in the Middle East and North Africa have increased by more than 9% to 11,418 units.

Pending agreement on development options in the Kingdom of Saudi Arabia, Jaguar Land Rover would expect to announce further plans in 2013. Issues such as level of investment, potential capacity and job creation have not yet been discussed in detail between the parties.

“This is an exciting project that could enable Jaguar Land Rover to establish a Joint Venture partnership in a part of the world where luxury vehicle sales are expected to rise.” added Dr Speth. “If we proceed, it will complement our existing expansion in the UK and elsewhere.”