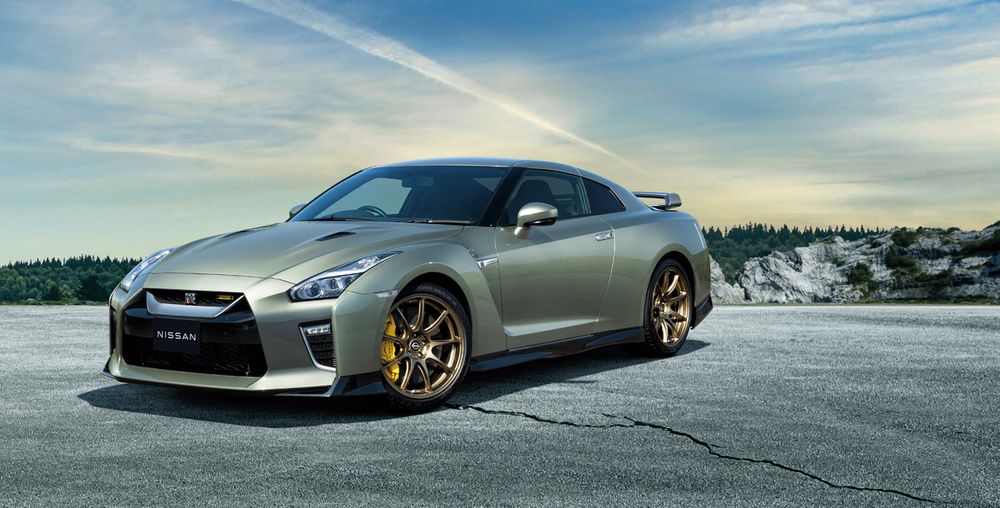 It doesn’t end with the launch of a beastly powerful iconic sports car. The game goes notches above in no time as others in the segment try to jab the one who created the icon. Soon enough, the game of facelifts and limited-run models starts which can literally proceed for an indefinite period of time. While facelifts are meant to be the overhauls and cosmetic updates, limited-run models are produced in a small number and can be sold in either all, or specific markets and are costly as they bring with them, exclusivity. The recently unveiled Nissan GT-R T-spec’s case is similar to the latter. 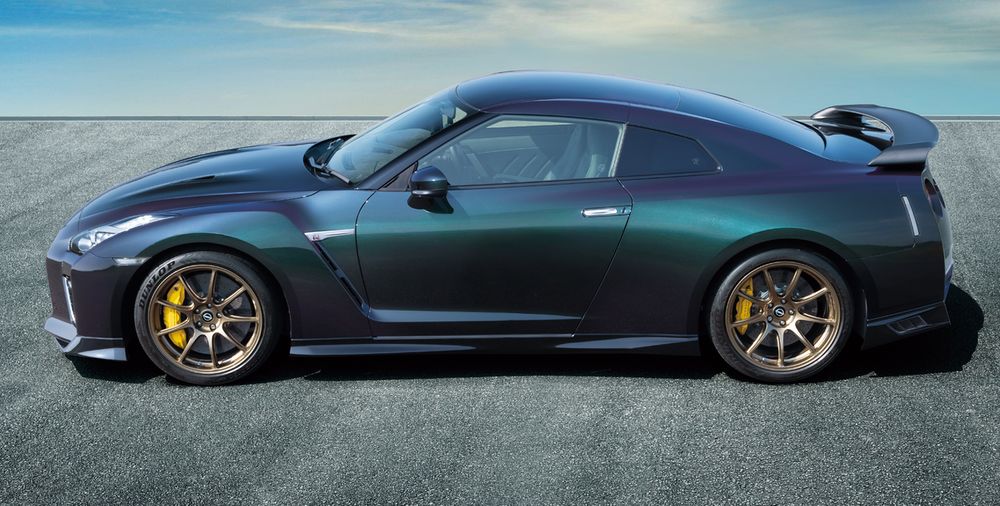 Japan, the birthplace of the iconic brand is the only market where the T-spec will be sold and its production is limited to just 100 units. To put things to perspective is a smashing looking car with an array of design tricks.

For starters, there are two trim options available as part of the package. Firstly, is the Premium Edition T-spec and secondly, theGT-R Track Edition which has witnessed a lot of involvement by Nissan’s performance division, NISMO. A better name to describe this more sizzling iteration is Nismo T-spec. 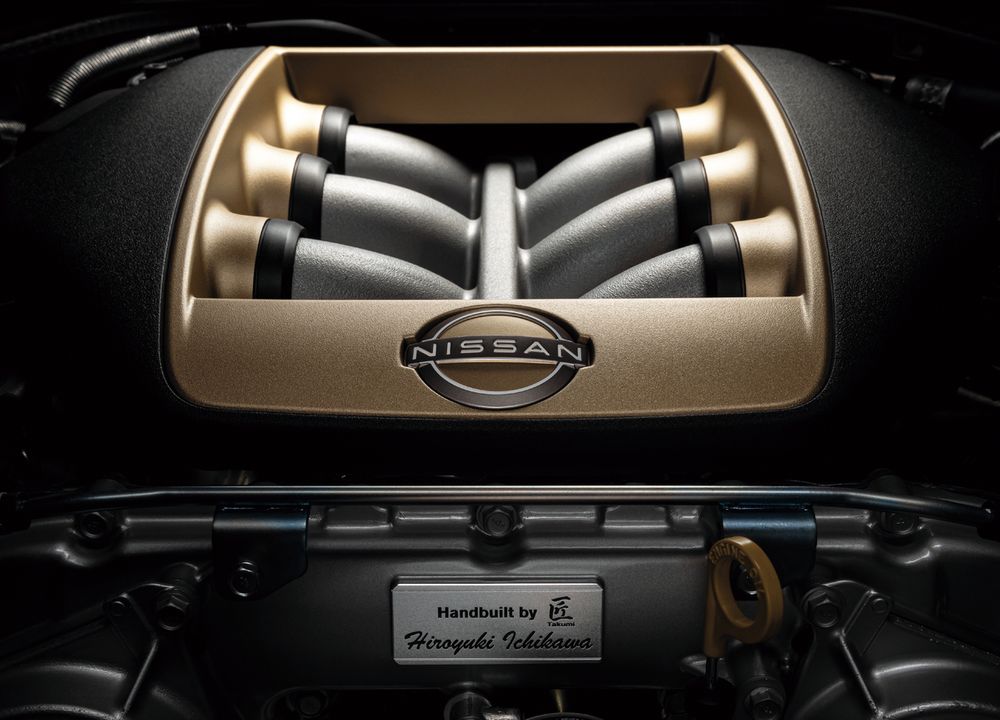 Deliveries begin this month and what it embraces the tarmac with are two unique shades of Midnight Purple and Millennium Jade. The company says that the former receives its traits by colour-shifting of aurora borealis. Meanwhile, the latter is for those who make a silent but noticeable entry to parties as it conveys a simplistic yet vehement aura.

More intriguing to know is why the name ‘T-spec’. This is because the team behind the sorcery of this car wanted it to stand out for two words, ‘Traction’ and ‘Trend.’ The GT-R used to be one of the most advanced cars in the extreme GT segment as fawning attention was paid to its engineering. With this GT, they aim at the same objective of making it perfect on a straight path and around the twisted roads. 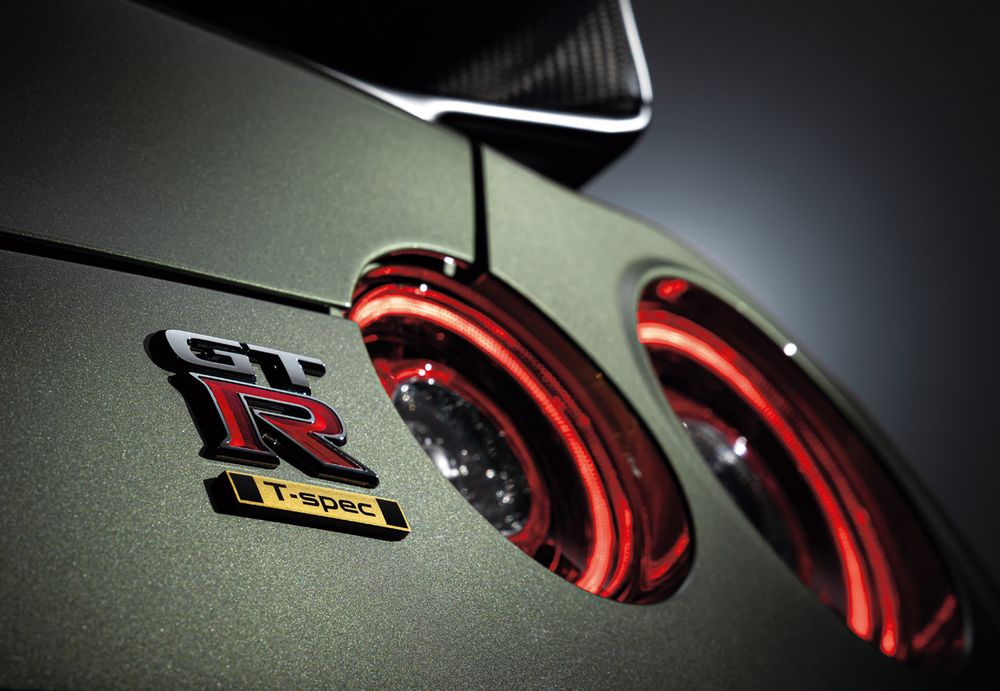 If you weren’t intrigued to read more by the name, there are the mechanical elements which might interest you. It comes blessed with forged alloy wheels from Rays, a new suspension setup that is better owing to some calories which have been shaved off and increment in the rim width. 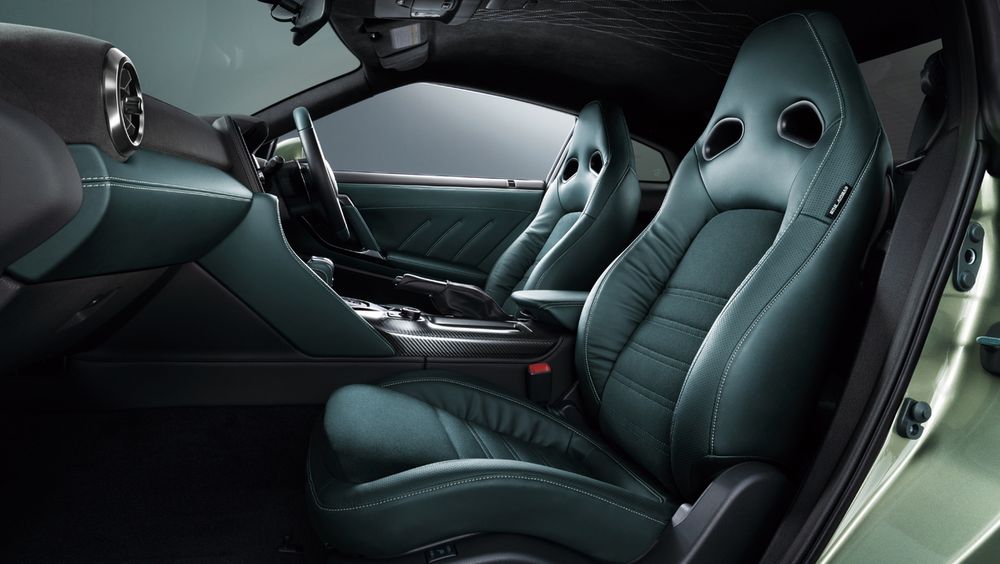 However, great attention to detail has been given in the exterior department which seems to have been designed wholeheartedly as the Track Edition wears carbon-fibre roof and trunk lid, carbon-ceramic brakes, carbon-ceramic rear spoiler, a unique engine cover exclusively designed for the car and a unique insignia to differentiate it from other GT-Rs on the road.

Crikey! The engine displacement and output figures are the same. It still gets its juice from the 3.8-litre V6 engine that dishes out 565 hp. All the power is harnessed via a 6-speed dual-clutch transmission with paddle shifters. Expectedly, the power is sent to all wheels via an independent transaxle ATTESA E-TS all-wheel drive system.

At a time when Nissan is doing wonders with futuristic fabrications such as the Ariya Concept and the exciting 400Z, it is surprising that not much development is happening on the GT-R front. This car has earned a fanfare far and wide with its performance and handling. The progenitor desperately needs moraine in the form of a new generation that will bear the onus of carrying the legacy forward. This then, is a mere case of too little, too late.