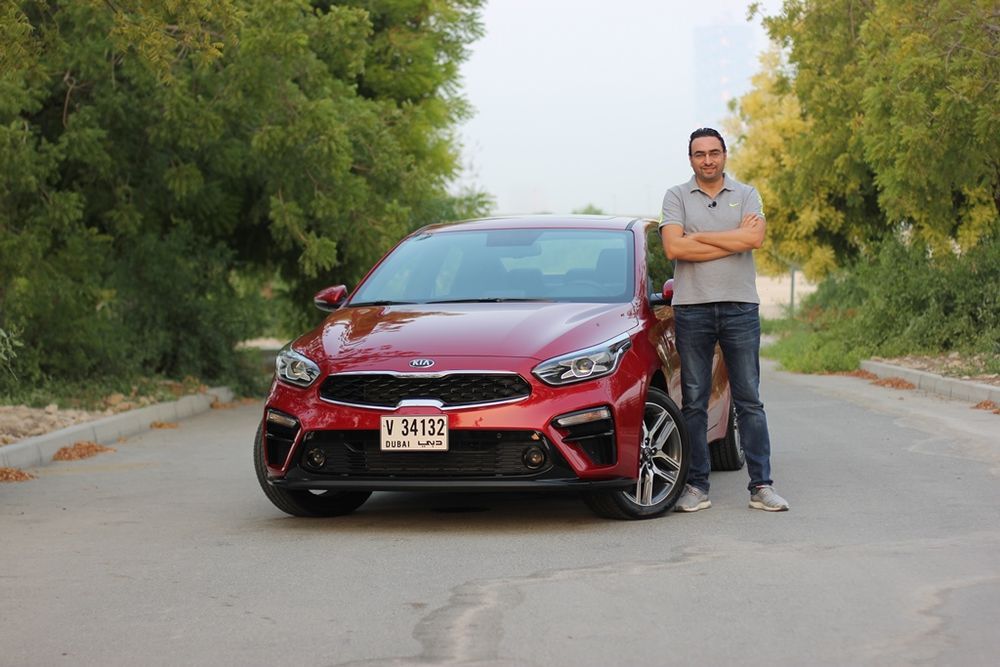 When buying a new car, we all want the latest of features without having to spend huge sums of money for it, and there’s one brand that has consistently delivered on that front: Kia. Korean manufacturers have always been known for providing cars with great value for money. It’s their ethos, their philosophy, and it has worked extremely well in their favor. The car we’re testing today, the 2019 Kia Cerato, is no exception and so let’s see what it has to offer with its 78,900 Dirham price tag. 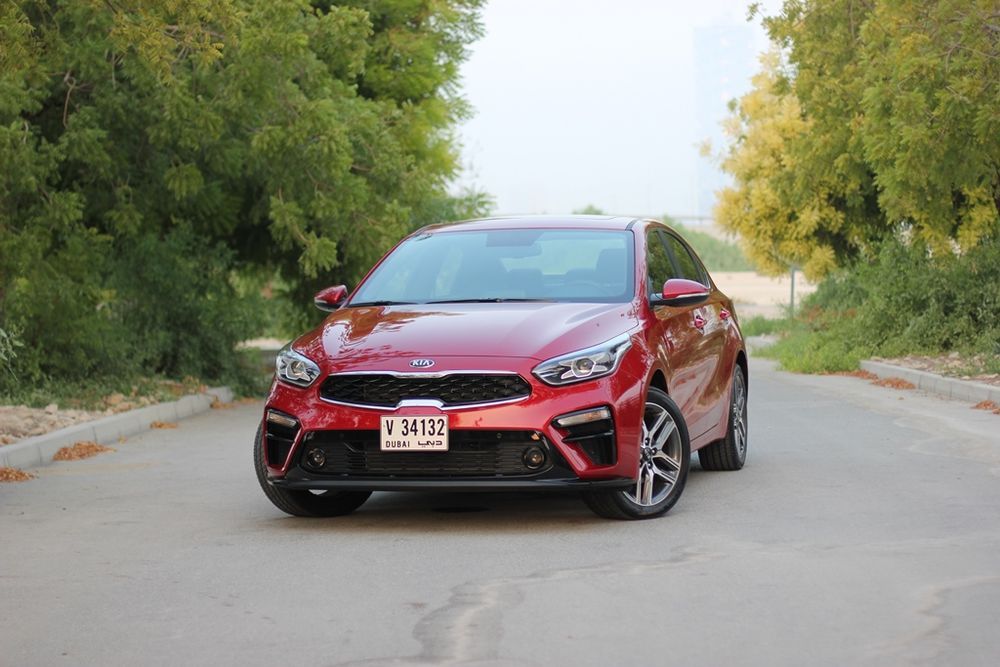 Once you set your eyes on the Cerato, you’ll notice that Kia has pulled its design from its sportier sibling, the Stinger. Although the all-new Cerato now measures 80mm longer than the model it replaces, Kia has kept the same chassis as found on the outgoing model.

The identity of the new Cerato is made clear with the brand’s signature Tiger-nose grille, along with LED Daytime Running Lights that embellish the headlamps and the new location of the indicator lamps. It’s different and distinctive, with the right dose of sportiness.

Our tester is equipped with 17-inch alloy wheels and while the look great, it is the rear of the all-new Cerato deserves a special mention. The full-length taillamps create a sense of width and luxury and the removal of the indicator lamps from the tail lamp clusters is an interesting move. The indicator lamps now sit prominently on the rear half of the bumper. 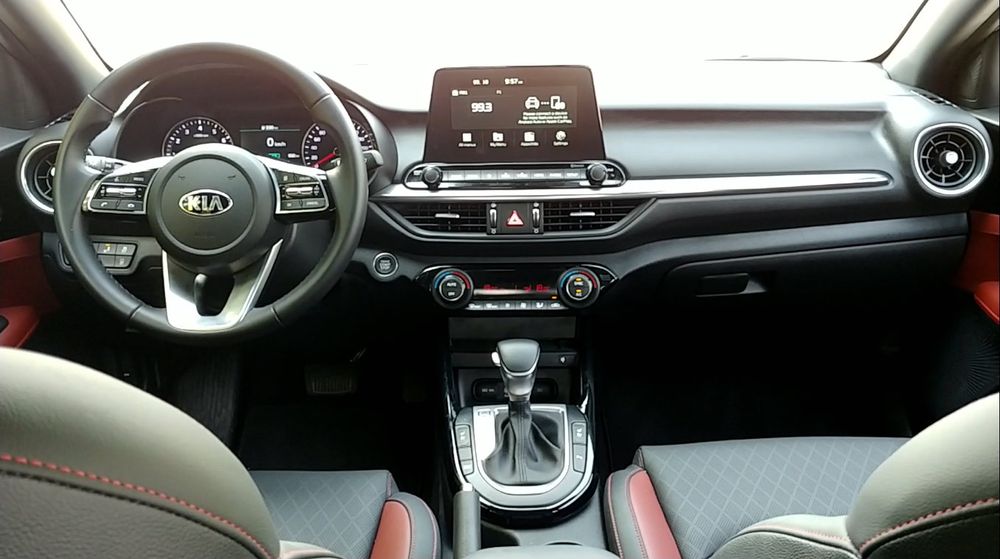 Once you enter the cabin, there is a strong feeling of spaciousness. The touchscreen is located atop the dashboard and the A/C vents have been sculpted in a perfect circle to lend the Cerato a modern persona. The quality of the overall cabin is also much better than what we’ve come across in its competitors. There’s two-tone leather on the seats and doors, and there’s a generous use of metal all around the cabin.

In the back, the quality of the materials remains the same and we get good space for two adults with plenty of head and leg room. The new Cerato also trumps its rivals on boot space, with its 502-liter boot being much larger than segment leaders such as the Toyota Corolla. 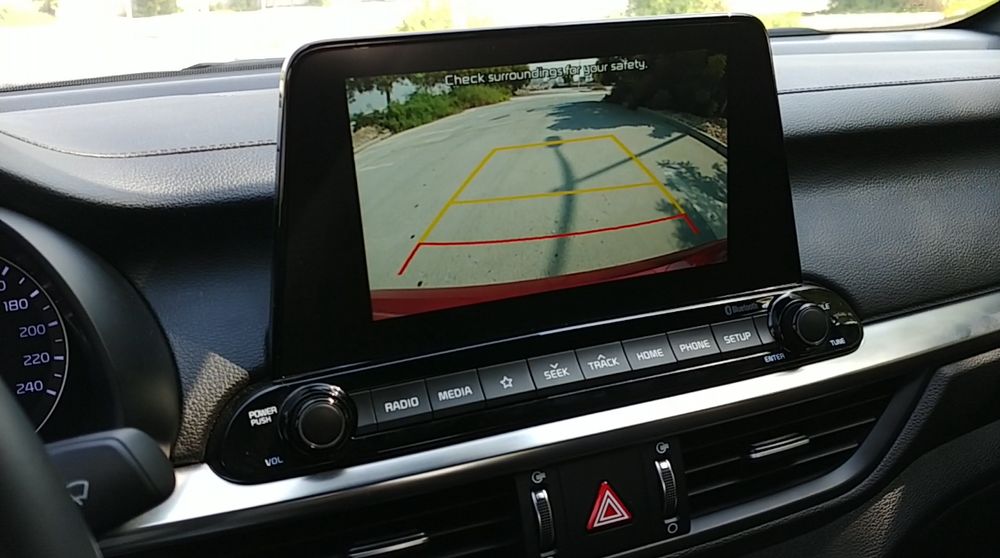 As mentioned at the start of this review, the Cerato is a Korean offering and so, it’s expected to come with numerous features. Our test car is fitted with a long list of technological features, such as an 8-inch touchscreen for the infotainment system, with quick access buttons for the audio system and Bluetooth connectivity. We must point out that there isn’t any in-built navigation but that isn’t much of a deal breaker since the Cerato does come equipped with Android Auto and Apple CarPlay. Speaking of phone connectivity, the all-new Cerato also offers two USB ports to charge and connect your phone in the front, along with a wireless charging pad above it.

In terms of convenience features, there’s the option to switch the car on from the key fob, the option to enter the car and switch it on without the key, and popular features such as cruise control, automatic headlights, and an auto dimming rearview mirror. The front seats can be both heated and cooled, while the driver’s seat specifically offers electronic adjustment with two memory settings and offers easy access by moving the seat out of the way every time the engine is switched off.

On the safety side of the things, the Korean sedan is armed with front and rear sensors, a rear camera, and rear motion detection. There’s also blind spot monitoring, six airbags, and an automated trunk opening that sense when you’re approaching the vehicle with the keys inside your pocket / handbag. 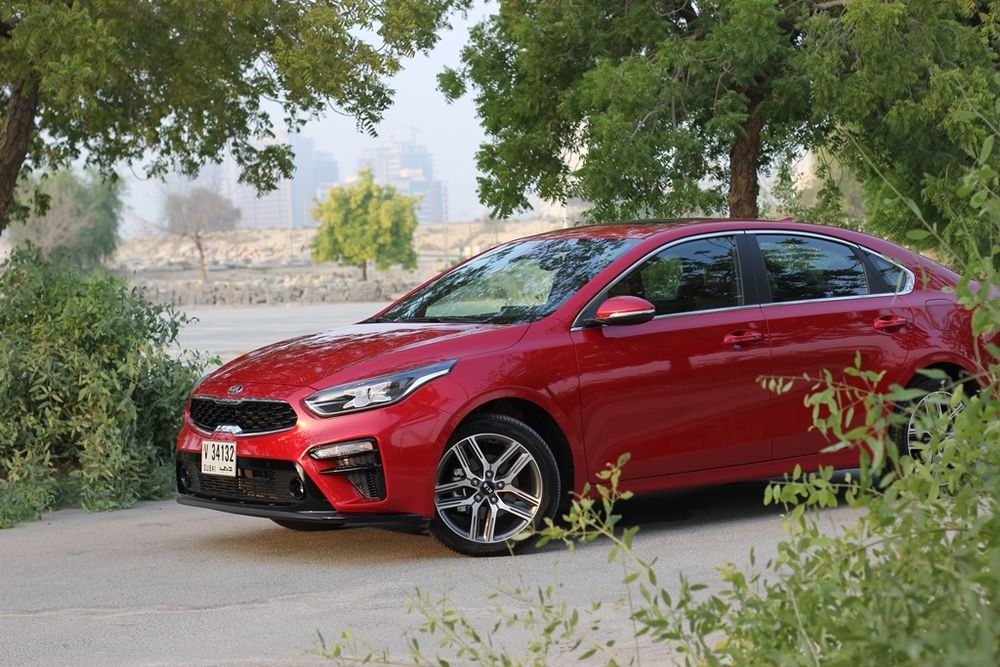 One of the distinguishing features of the Cerato is that the steering wheel is not as light as expected in this class of cars, and it has enough heft/feedback to give you a precise driving experience. We will say it’s not as accurate or engaging as the Mazda 3, but is certainly better than the Toyota Corolla.

The Cerato also has three driving modes, including ‘Comfort’ for comfortable driving, ‘Eco’ to save fuel consumption, and ‘Sport’, which is activated by moving the gearstick to the left. The fuel consumption averages 7.5 liters per 100 km, and we got this figure during driving within the city and on highways. 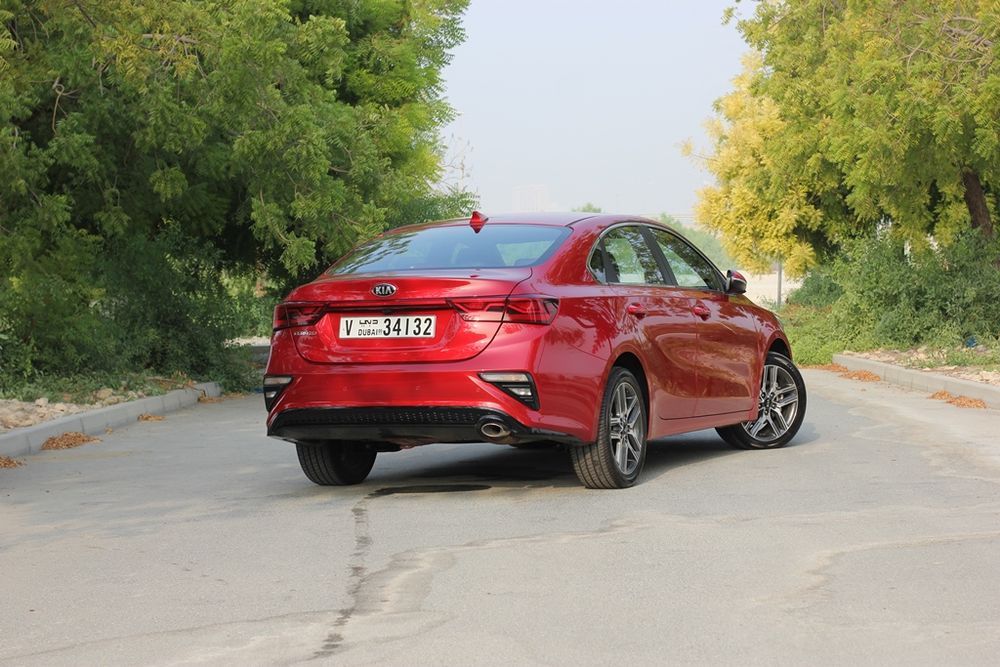