The Kia Optima is Korea’s answer to the Honda Accord, Nissan Altima, and Toyota Camry, and today you’re going to find out if you should have one of these over its Japanese rivals who have been dominating the segment for many years now. 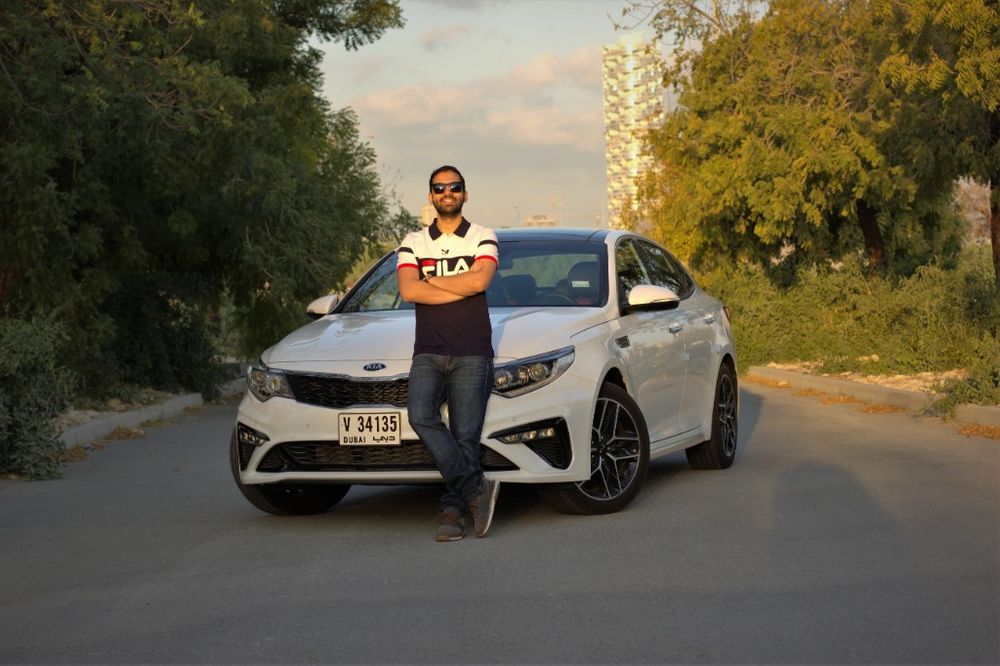 If you’ve been following Kia’s success story over the past ten to fifteen years, then Peter Schreyer is a name you’ve probably heard of. He’s the man behind some of Kia’s most exciting designs, the Optima included.

Now in 2010 when Schreyer first played with the Optima, its futuristic styling became such a hit that nine years later they haven’t really moved away from it. Sure, there’s new lights, a new grille, and subtle changes here and there but the overall shape and design remains unchanged. 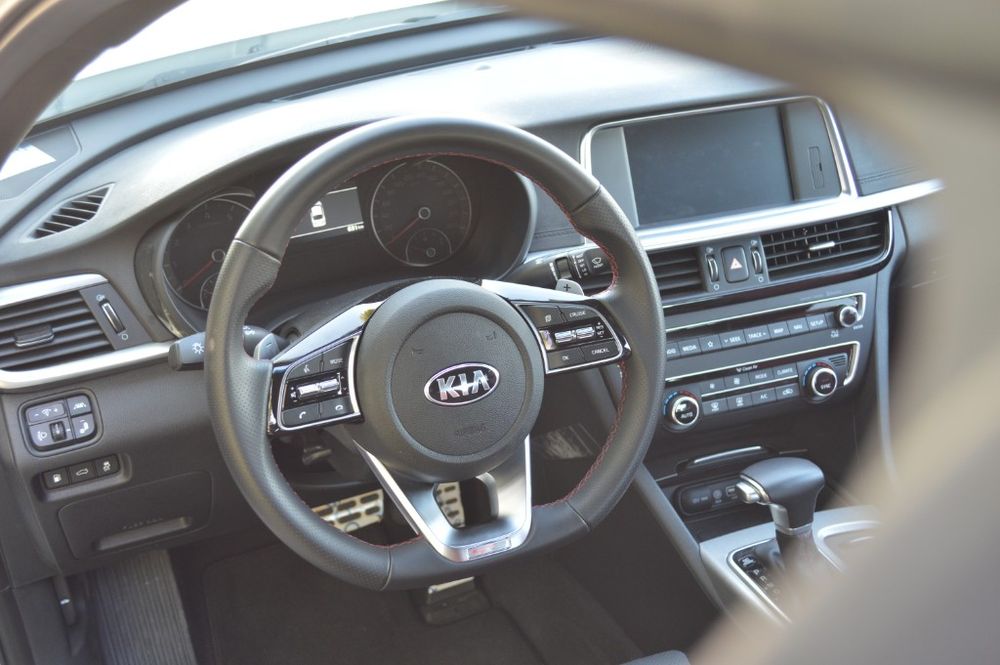 Matching the white exterior and carrying over the sporty aura from the outside, the Optima is fitted with red and black leather sports seats, brushed metal-like silver trim, and a suede headliner.

Although soft touch materials cover the dashboard and door panels, the quality isn’t great. For instance, the A/C control knobs are flimsy, as is the cupholder cover, and there’s a lot more plastic than one would expect to find at this price range.

Having said that, space in the back is very, very impressive with plenty of legroom and to ensure those in the back are comfortable, there’s also rear AC vents and a few cupholders. 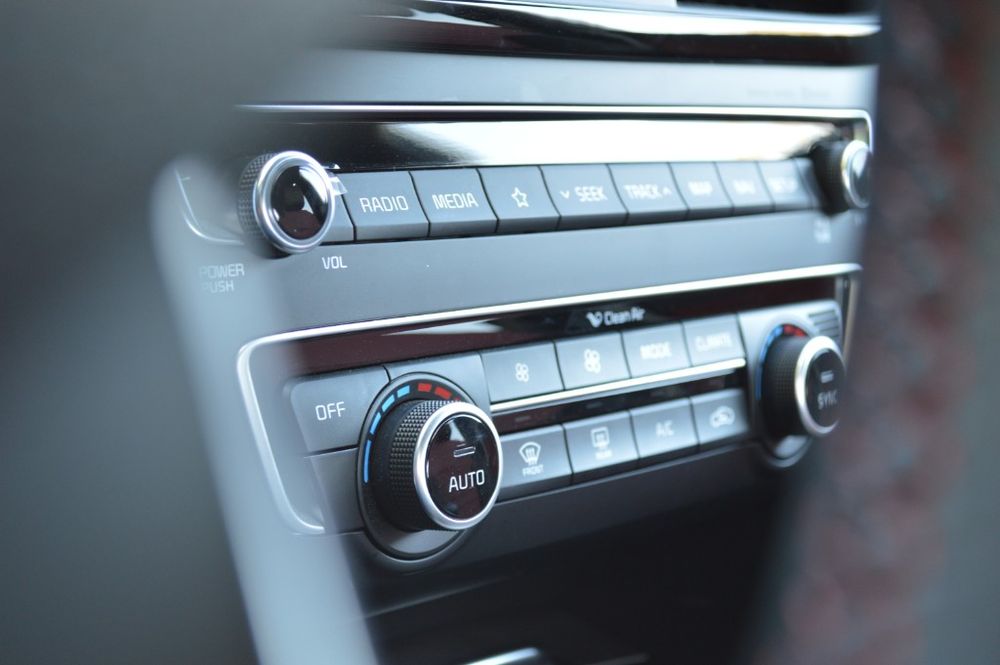 Being a Kia, the Optima is armed with many, many features and that isn’t surprising. What is surprising, is that while there’s wireless charging along with Android Auto & Apple CarPlay, they’ve decided to stick with a rather small 8-inch infotainment screen.

Essentially, there’s a lot, but it’s just that the things you’d expect or would have taken for granted, simply aren’t there. 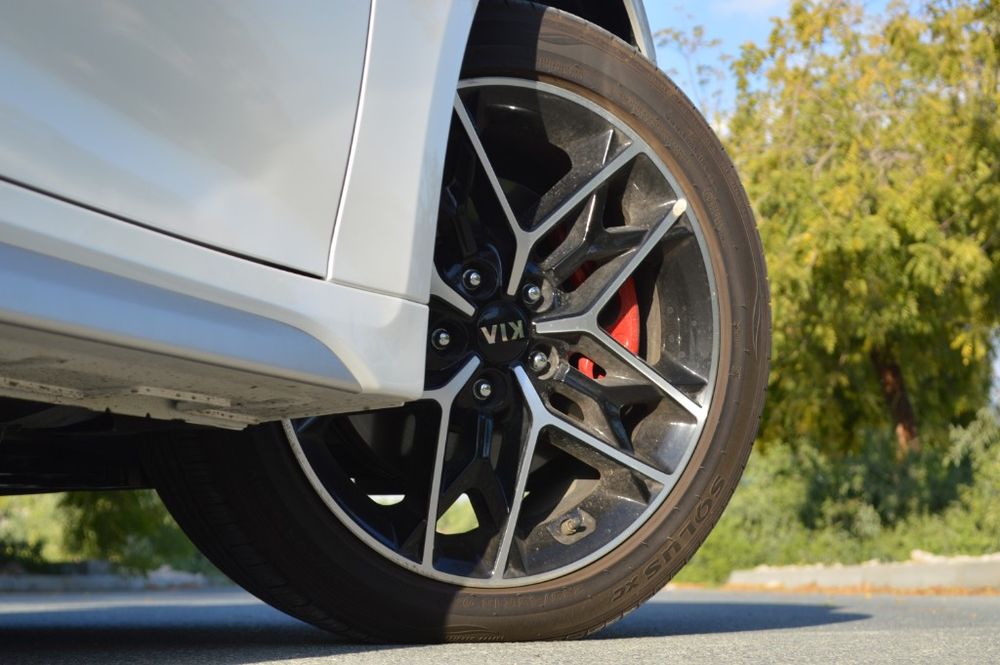 Now although the Optima is available in many, many different engines and configurations in other parts of the world, here in the UAE we have just two, and this being the naturally aspirated 2.4-liter unit is the larger of the two.

This ‘BIG BLOCK’ puts out 185 horsepower and 241 Nm of torque, meaning it sits in the same range as the Camry and Altima but is a long way off the turbocharged Honda Accord. Its 6-speed automatic transmission is smooth and shifts through gears quite rapidly.

For those who wish to drive it enthusiastically, there’s a flat-bottom steering wheel, aluminum pedals, and multiple drive modes too. However, with 0 – 100 km/h run taking 9.5-seconds, be warned that the Optima is the slowest amongst its rivals. 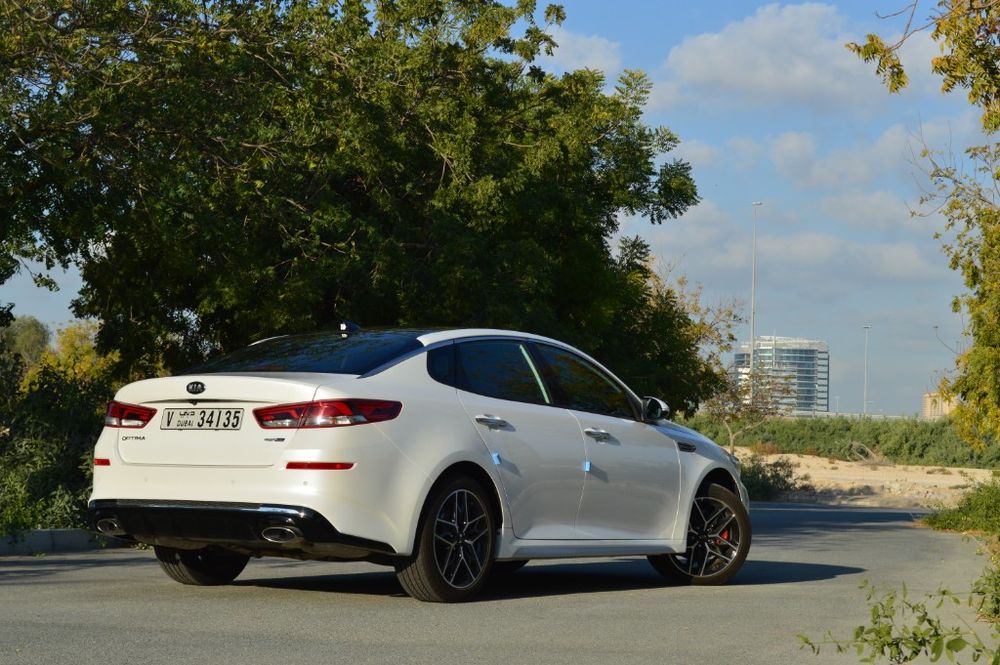 107,000 Dirhams, that’s the price for the top of the line Kia Optima. It’s more expensive than the Toyota Camry and Nissan Altima, but does offer slightly more too. On the whole, it is a good package for those in search of a budget-friendly family sedan.

Hyundai to use solar panels in vehicles by 2020