Danish producer of plastic bricks, Lego, is a company that has achieved a global foothold and one that has grown exponentially since its humble beginnings in 1949. Replacing Ferrari as the World’s Most Powerful Brand, Lego has built more than 600 billion parts to date and its newest creation, a life-size 1964 Ford Mustang, is nothing short of a masterpiece.

Built using thousands of Lego and Duplo bricks, the life-size Mustang bears an aluminum chassis and weighs approximately 777 kg, out of which 436 kg are pure Lego! Measuring over 15 feet in length and 4 feet in height, the detailed wipers, indicators, and working head and tail lights, are simply staggering. 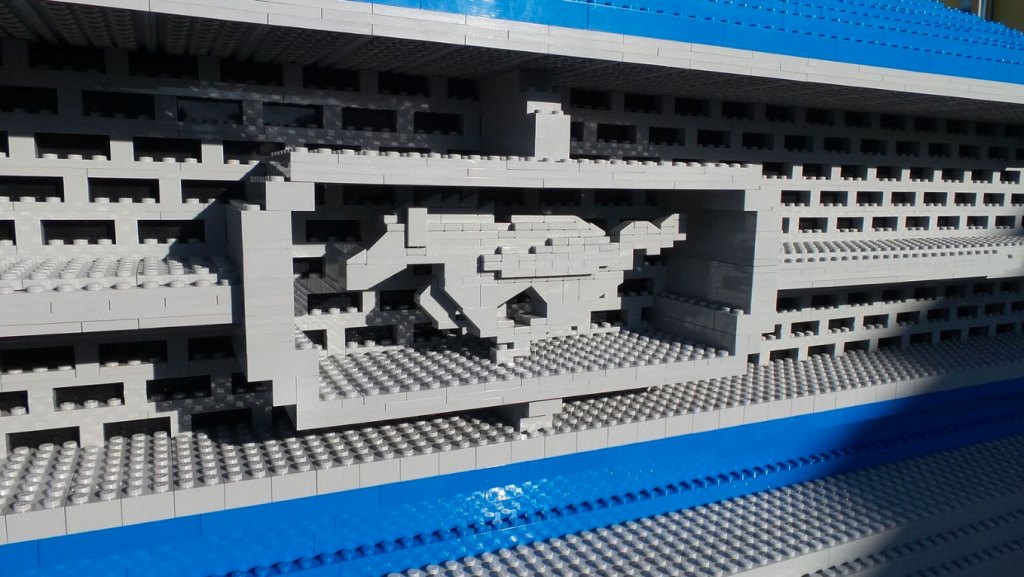 Titled #BrickPony, the Lego Mustang features real Ford Mustang engine sounds and a tooting horn too. Following making an appearance at the Indianapolis Motor Speedway to celebrate the 40th anniversary of the Mustang Club of America, #BrickPony will tour the country before heading to Legoland in Florida where it will replace the life-size Ford Explorer there.

The only question remaining really, is when the #BrickPony will make its way to the UAE to grace Legoland Dubai. Until then, it’s time to see if the Danish brand produces a driveable version of the classic muscle car. 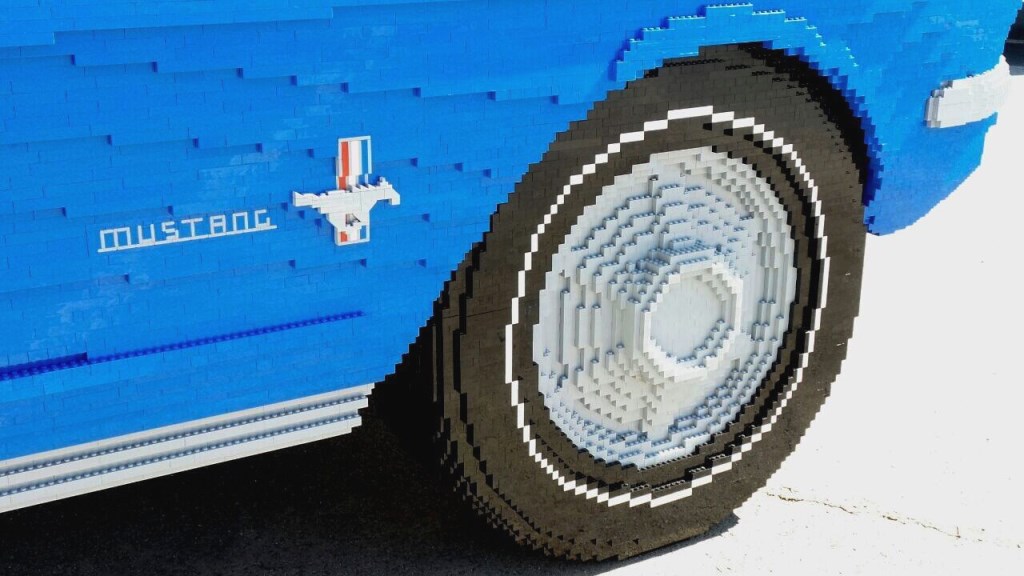