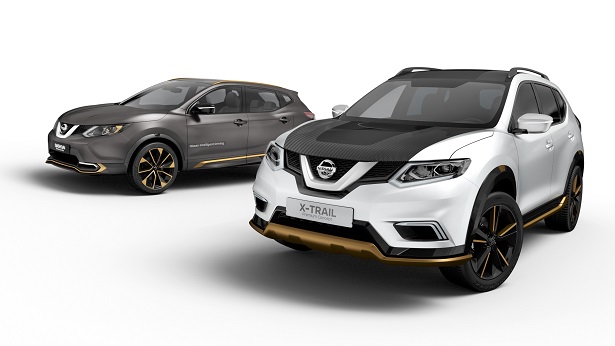 Nissan will showcase two special versions of its best-selling crossovers, the Qashqai and X-Trail, at the forthcoming Geneva Motor Show. 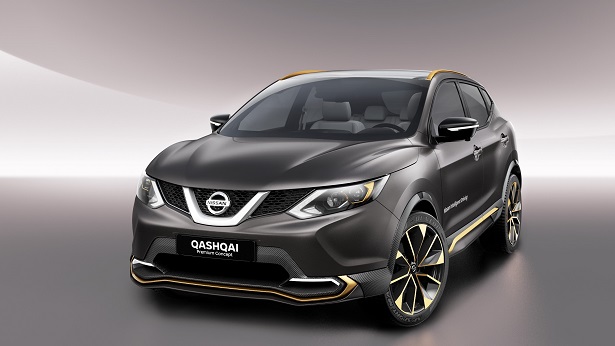 First up is the Qashqai. It uses matte black as its main color. It uses copper-coloured detailing at various parts of the body i.e on the wheel arches, window line, headlamp clusters and roof rails. There is also carbon fibre (apparently authentic) used in the lower sections of the vehicle and the 20-inch wheels. Then there is the ‘v-motion’ nose that undoubtedly makes it a Nissan.

Coming to the interior, well, it uses white Nappa leather on the dash and some luxurious quilt finishing on the seats. There is more golden copper weaving throughout the interior with a dash of carbon fibre. Finishing up the premium touches include the black satin chrome and black gloss on steering and gear lever. 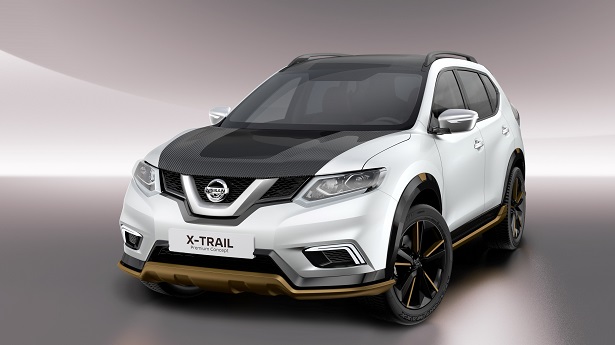 Next is the X-Trail. This one uses matte white paint instead of black as its leading colour. The bonnet and roof have carbon fibre finishing. The mixture of black and white goes through the side to the rear of the car. The golden copper continues here as well and makes up the front skid plate and the 20-inch wheels.

Now comes the interior. Well, like the Qashqai, the interior in the X-Trail is also made up of leather but instead of white, this is, as expected, black in colour. The seats are made up of leather and suede with a touch of gold. Also, there is a dose of carbon fibre and matte chrome black on the dash and doors.