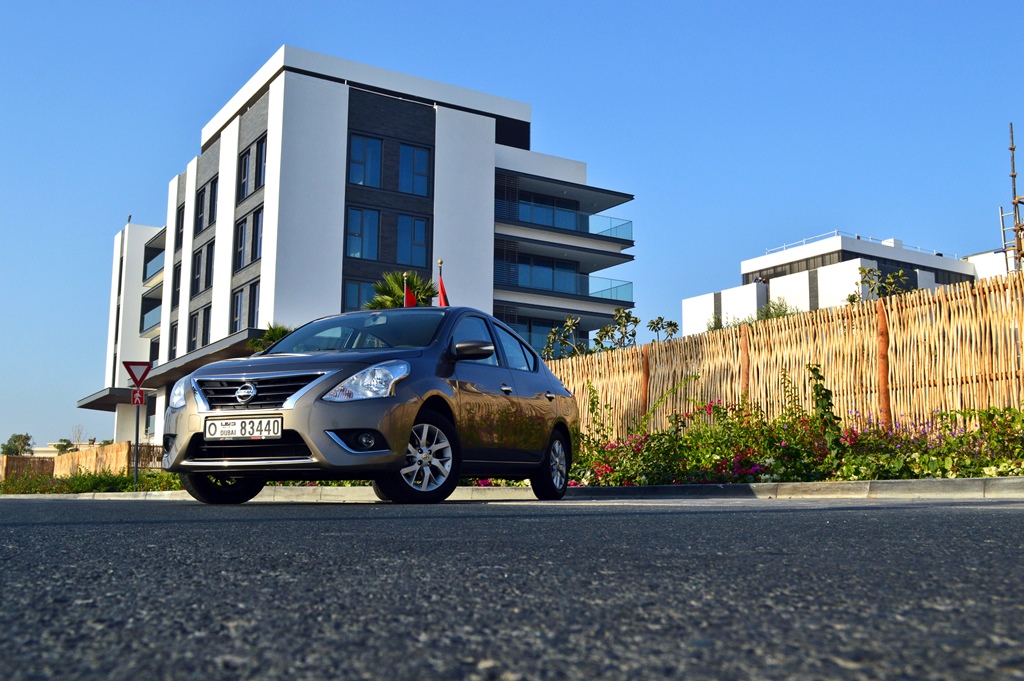 A rental favorite in the UAE and a vehicle that is adored by individuals hailing from the Indian subcontinent, the Nissan Sunny is a no nonsense economy sedan that has become synonymous with phenomenal resale value and unwavering reliability. Adopting the Nissan Latio nameplate in some parts of the world, the Sunny finds competition in the likes of the Honda City, Hyundai Accent, and Toyota Yaris.

Bulbous with a commanding presence, the Sunny’s minimalist approach to exterior design sees it don subtle contours along the bodywork that are contrasted by a fair amount of high-vis chrome. Sizeable head-and-tail lamps, embellish the anterior and posterior of the Japanese sedan, while 15-inch alloys that get wrapped in 185/65 rubber, fill the wheel wells. 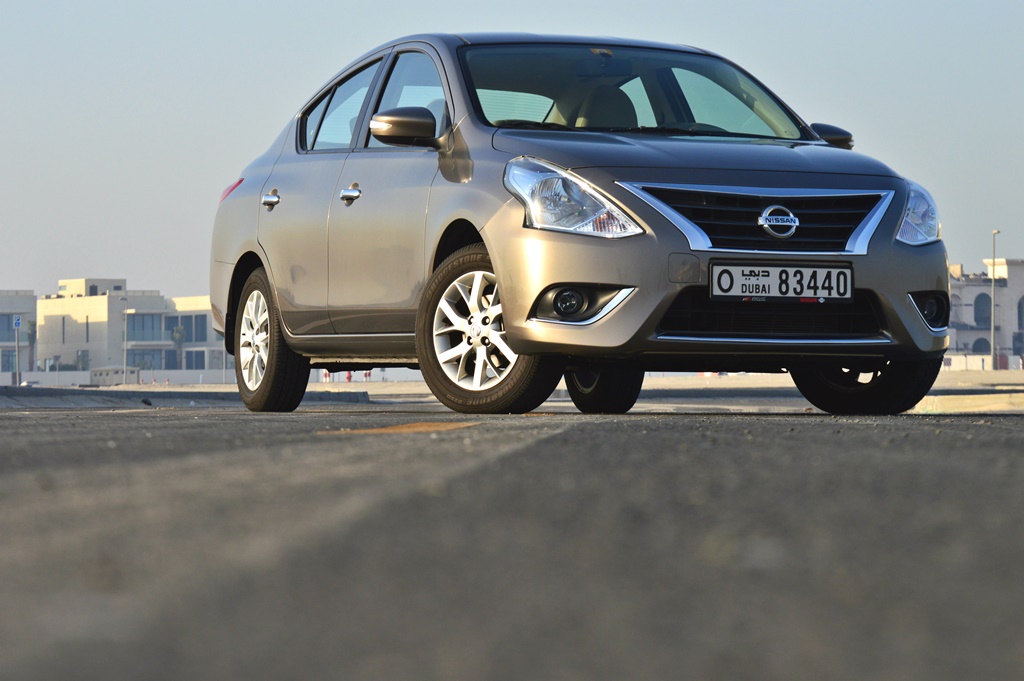 Finished in a soothing beige hue that compliments the Dark Grey exterior, the cabin of the 2017 Nissan Sunny is made up entirely of hard, grainy, durable plastics. Breaking the monotony while adding aesthetic value are, piano black and silver trims, in addition to cloth inlays along the door panels. 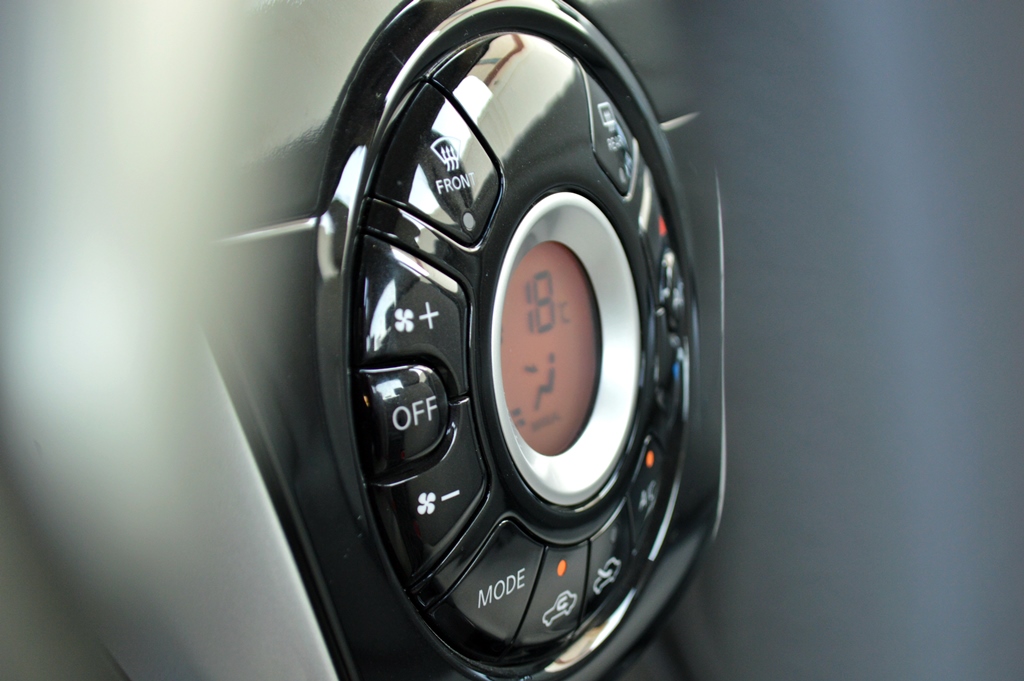 With a steering rack that is restricted to tilt adjustments, the Sunny is outshined by its more sophisticated rivals that offer both, tilt and telescopic adjustments for utmost comfort. Although leg room is aplenty for rear seat occupants, the same cannot be said for headroom – something that has been compromised due to the sedan’s coupe-inspired sloping roofline.

Lacking the technological whizzbang of its rivals, the Nissan Sunny is a little dated in its offering, but makes up for it with a splendid safety rating. Awarded the highest safety rank by the International Institute of Highway Safety (IIHS), the Sunny is equipped with Dual Front SRS Airbags, Anti-Lock Brakes, Brake Assist, and Electronic Brakeforce Distribution. 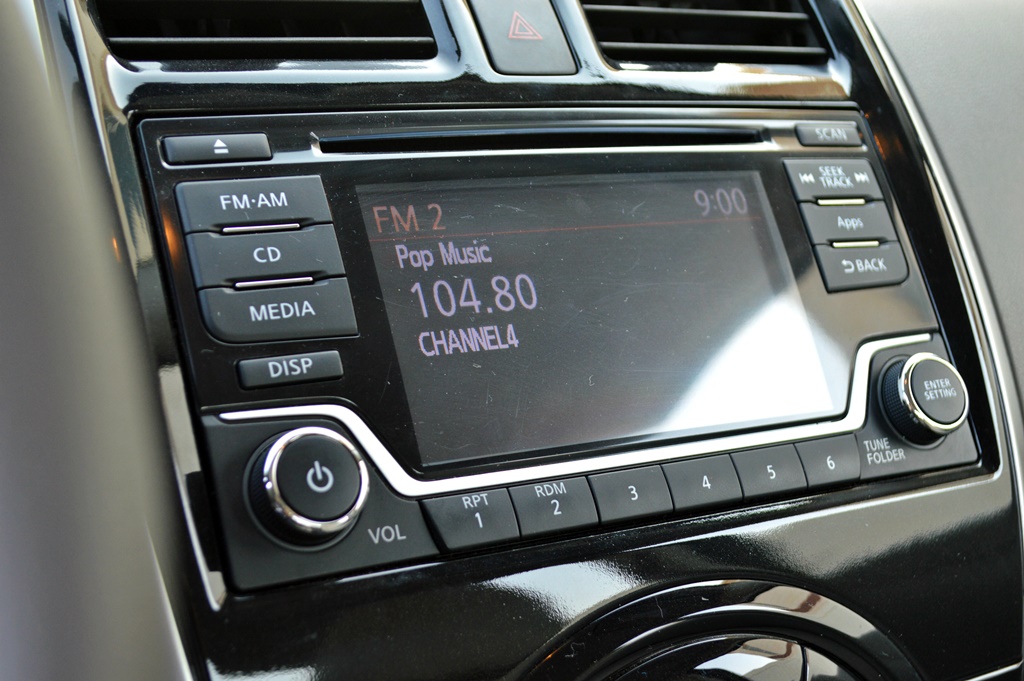 As far as entertainment features go, the sprightly Sunny is fitted with an extremely easy to operate infotainment screen, and one that permits for audio to be played via AUX, USB, or Bluetooth connections. Heralded as the only contender in its class to offer a Rear Comfort Fan, the Sunny blankets rear seat occupants in warm air while the likes of the Honda City offer a proper A/C.

Mated to a 4-speed automatic transmission, sudden acceleration in the Sunny is accompanied by a display of RPM flexibility, an act that offers more in the way of engine drone than forward momentum. Powered by a 1.5-liter 4-cylinder engine, the Japanese sedan is good for 99 horsepower and 134 Nm of torque – figures that fail to paint the entire picture. 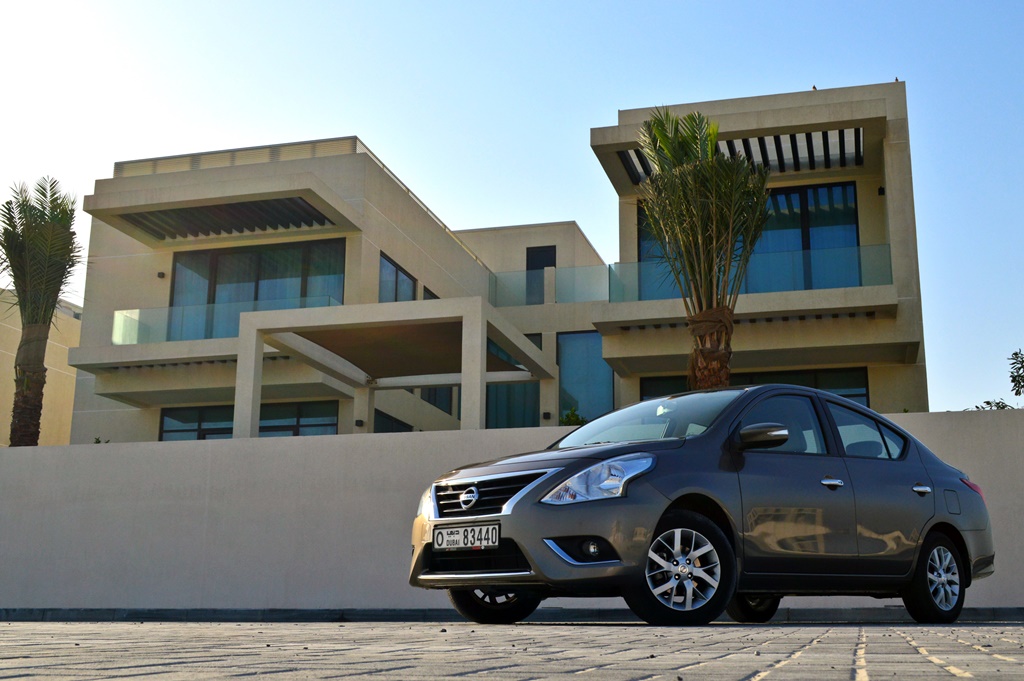 Sipping as little as 6.4-liters / 100 km, the Sunny is arguably one of the most fuel-efficient performers in its class. With an independent strut and torsion beam suspension at the front and rear respectively, the econo-sedan is well suited to highway cruising, absorbing imperfections in the road along the way. 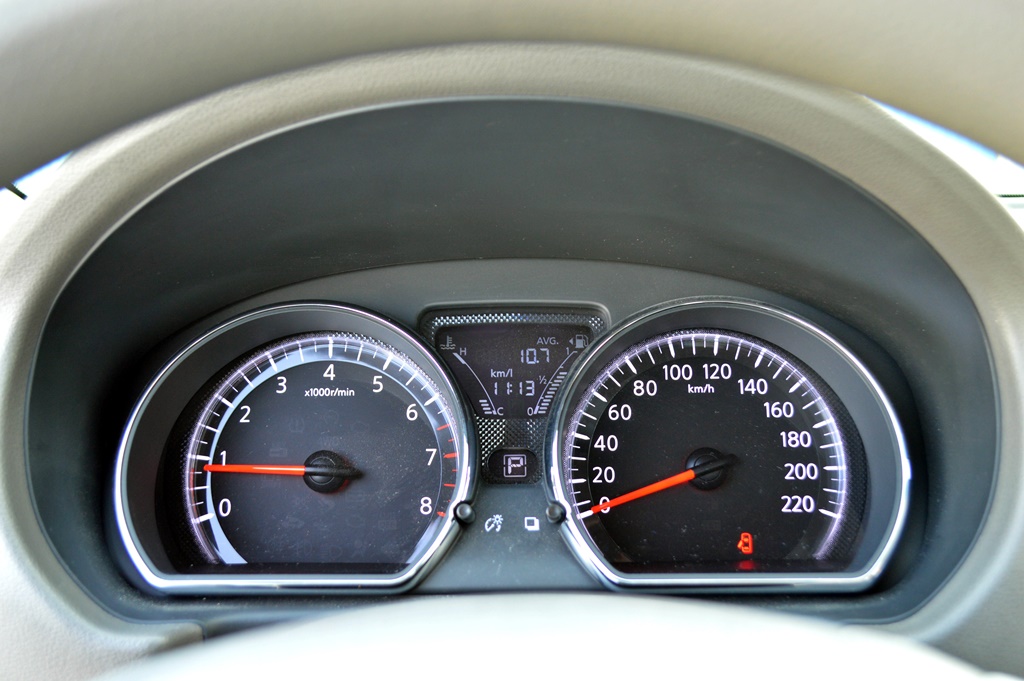 Although evaluating the Sunny on its acceleration and top speed would simply mean missing the point, that’s not to say that it’s lacking the fun factor. Equipped with a Sports mode on the transmission and a Front-Wheel-Drive layout, the Sunny is more than willing to stick to corners and carry an immense amount of grip through them. 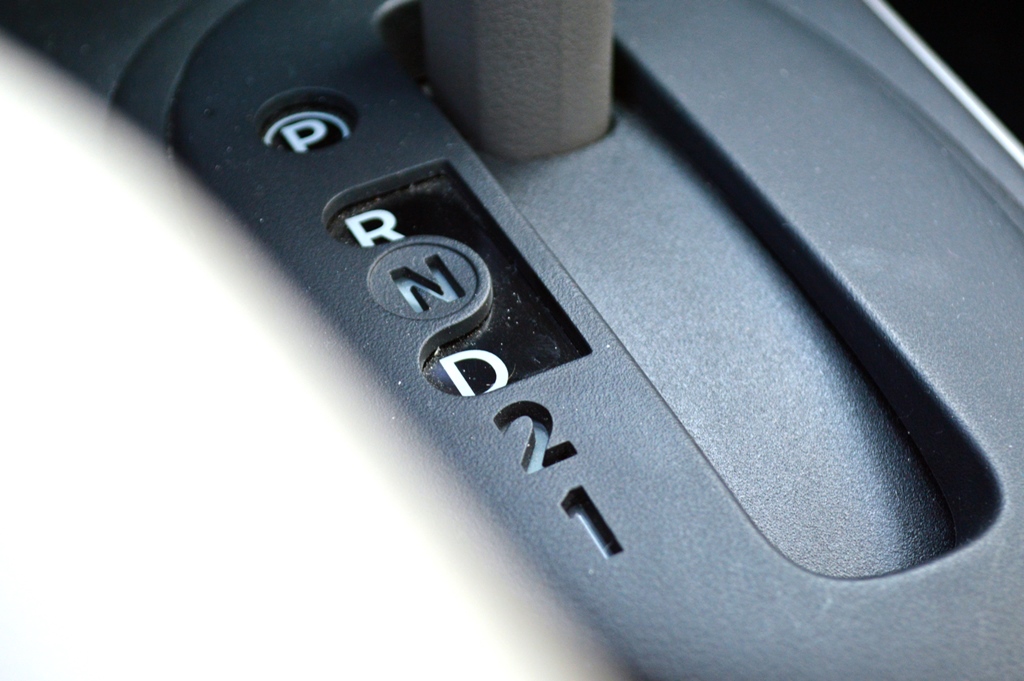 Holding on to all the things that made its predecessors so very popular, the Nissan Sunny 2017 is just as good, if not better than its rivals. Used by driving schools across the country and for good reason, the Sunny truly is a remarkable sedan in the Japanese brand’s line-up. 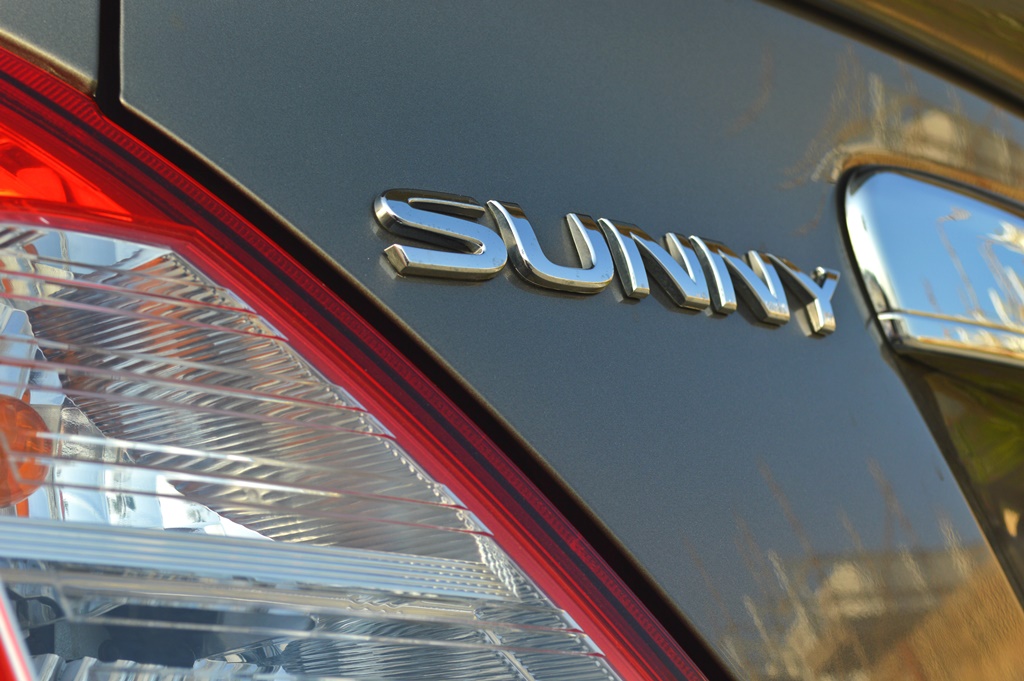 - Due to its popularity, the Sunny makes for a great getaway vehicle