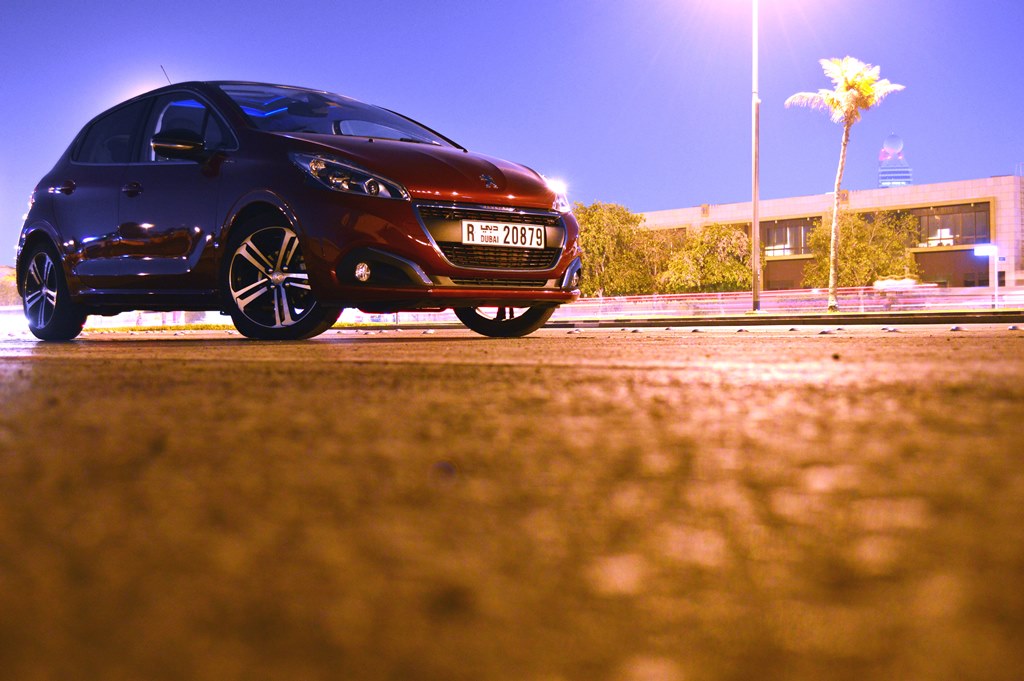 The Peugeot 208 is a supermini that has been a part of the French manufacturer’s line-up since 2012. In a fierce segment of the market, the 208 finds itself rivaling the likes of the Ford Fiesta, Kia Rio, and Nissan Micra, all in an attempt to appeal to the budget-conscious, first-time shopper.

Designed by Pierre Authier, the Peugeot 208 flaunts iconic design cues that help identify it as part of the French manufacturer’s line-up. Successor the 207 and built on the PSA PF1 platform, the 208 is a chic offering that exudes charisma – a characteristic its aforementioned rivals severely lack. 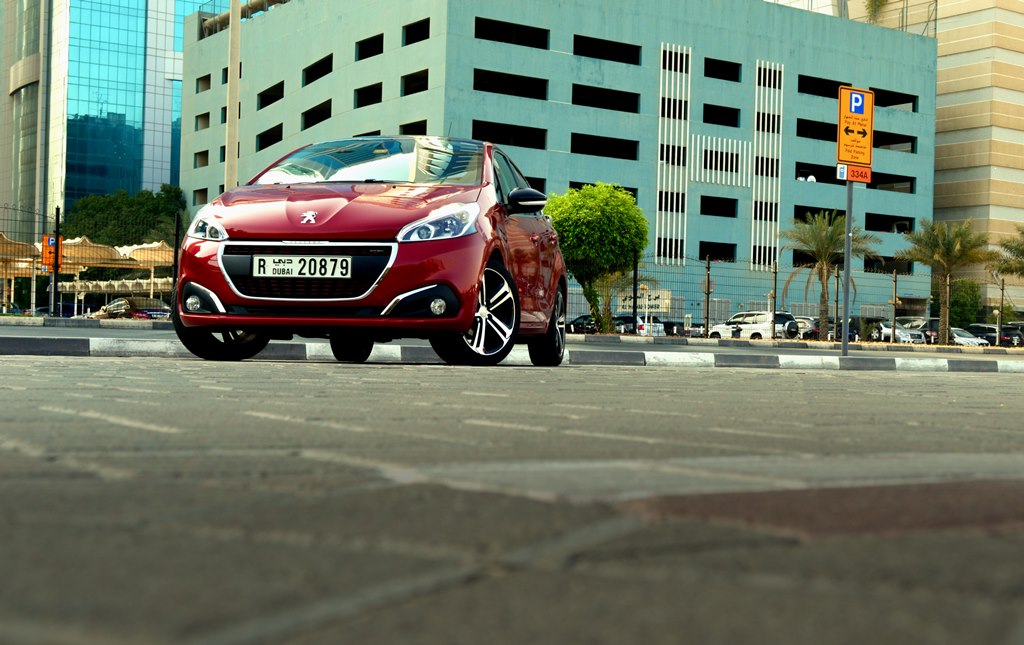 Making its sporting pretentions clear from the get-go, the Peugeot 208 GT Line 2016 is home to a flat-bottom steering wheel, aluminum pedals, massively bolstered sports seats, and an abundance of faux carbon fiber trim. Although embellished in fine red stitching, the cabin is composed greatly of a combination of unflattering materials: leatherette and hard plastic. 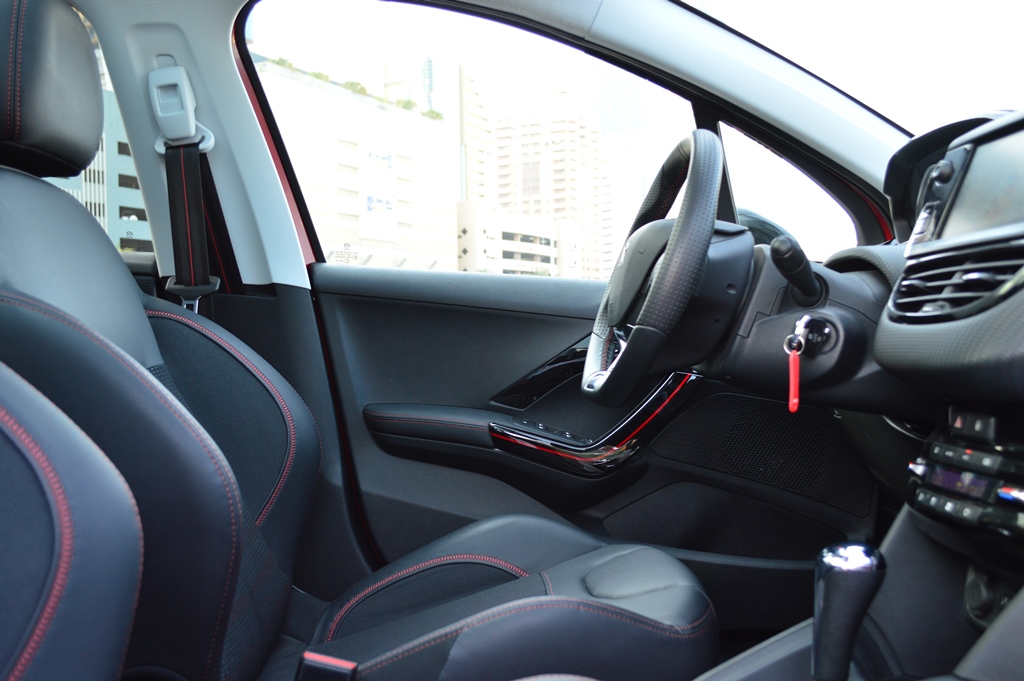 An ergonomic disaster, the seating position in the Peugeot 208 2016 is atrocious, to say the least. With mediocre amounts of legroom and a flatly unacceptable amount of headroom for rear seat occupants, it’s safe to say that the cabin hasn’t been designed keeping today’s youth and their excessively outrageous hairstyles in mind.

Robbing the spotlight, is the 7-inch infotainment screen sat atop the dashboard, and although it features inbuilt navigation and a number of other tricks, it isn’t the easiest to operate. The Celio Panoramic Roof with an integrated mood lighting mechanism, on the other hand, is a welcome change and a clear differentiator for the French B-segment offering. 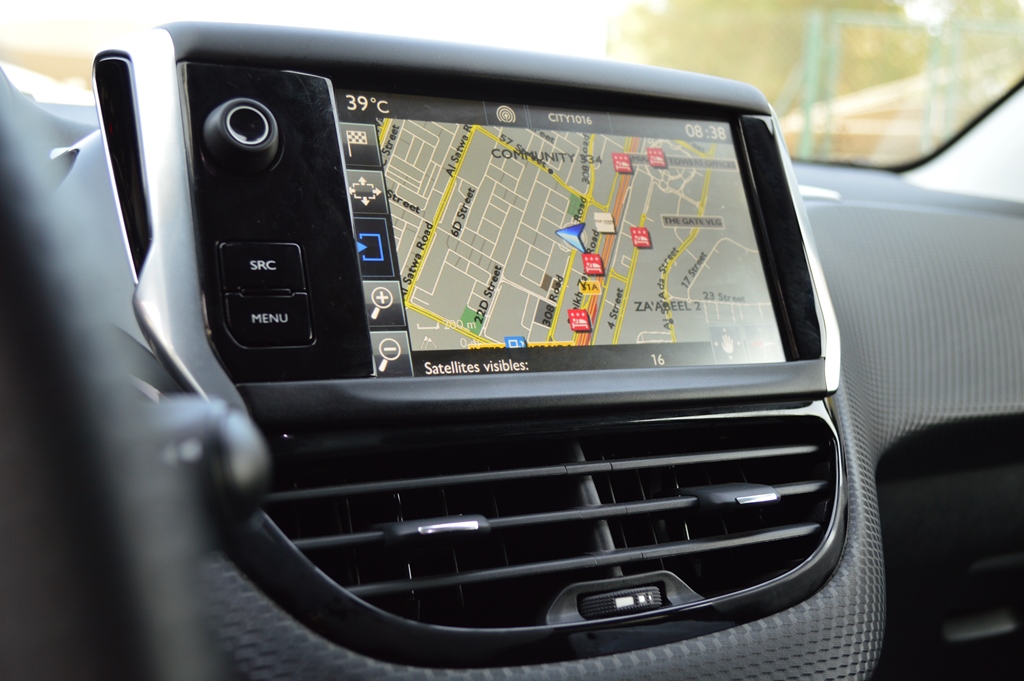 Donning a Euro NCAP 5-Star safety rating, the Peugeot 208 is one of the safest vehicles in its class with driver and passenger airbags, ABS, traction control, an electric child lock, a rear parking camera, automatic headlights, and a central locking system.

Powered by a 1.6-liter 4-cylinder engine that directs 120 horsepower and 160 Nm of torque to the front wheels, the Peugeot 208 GT Line is far from underpowered. In fact, not only is the most powerful, but also the fastest to hit the 100 km/h mark when compared to its American, Korean, and Japanese rivals. 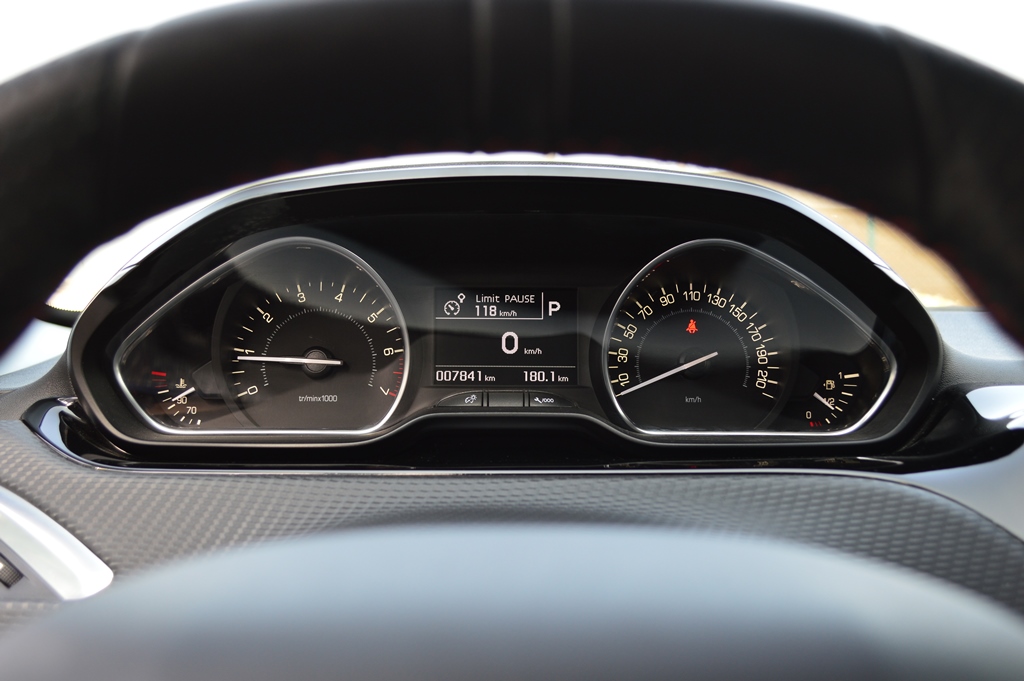 Mated to an atrocious 4-speed automatic transmission which rewards hard acceleration with a rattling instrument cluster and ear shattering engine drone, the 208 is proof that power alone, just doesn’t cut it. The Sports mode, which is about as pointless as the volume switch on a deaf person’s MP3 player, does nothing in the way of performance but merely increases engine drone by holding onto cogs longer. 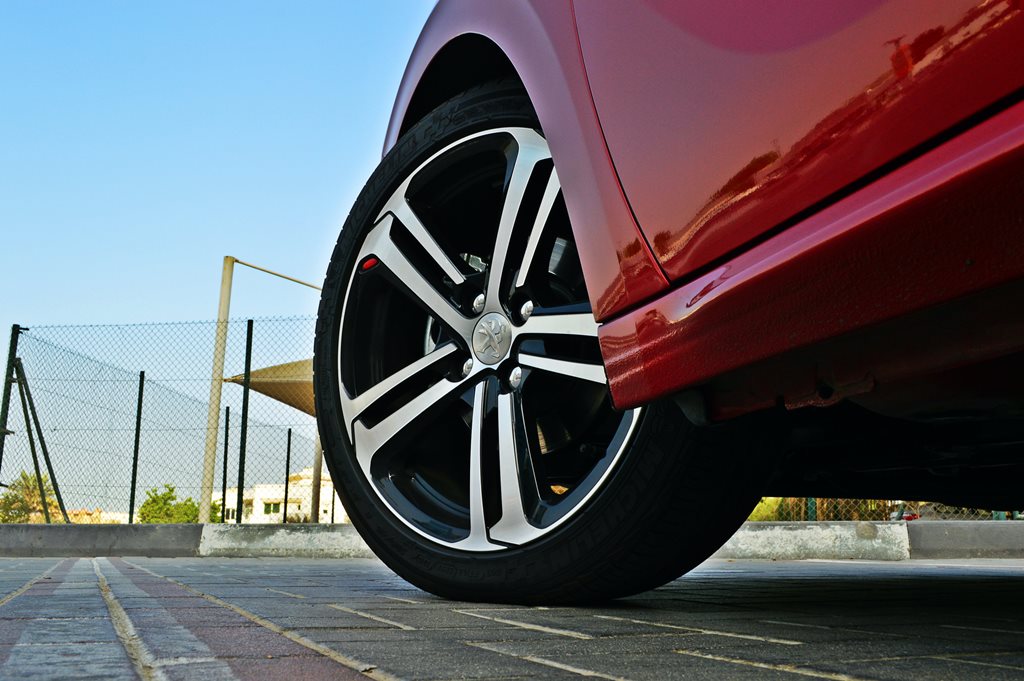 Averaging 3,500 – 4,000 RPM while cruising at highway speeds, the Peugeot 208 is deafening and far from fuel efficient as its straining engine proved, sipping an approximate 13.1 liters / 100 kilometers. Hindered by its transmission alone, it is safe to say that the French hatchback’s performance aspirations are simply aesthetic.

Priced at AED 71,500, the Peugeot 208 GT Line is a work of art in its respective segment, if on the pricier side of the spectrum. And while it is questionable whether it will leave a smile on your face, you can be rest assured that tinnitus is a certain. 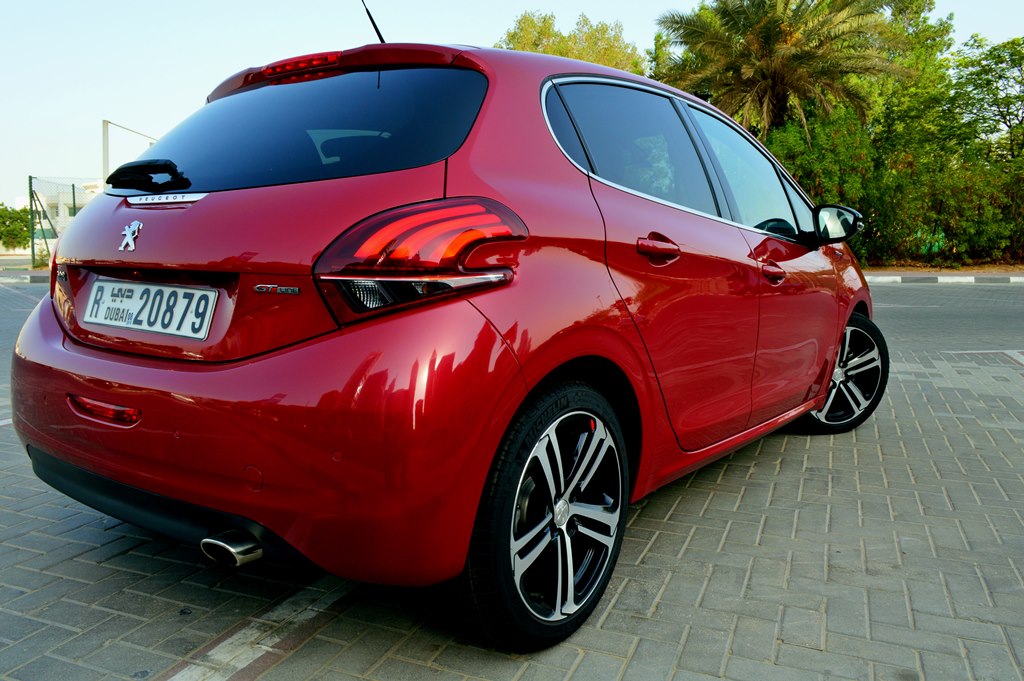