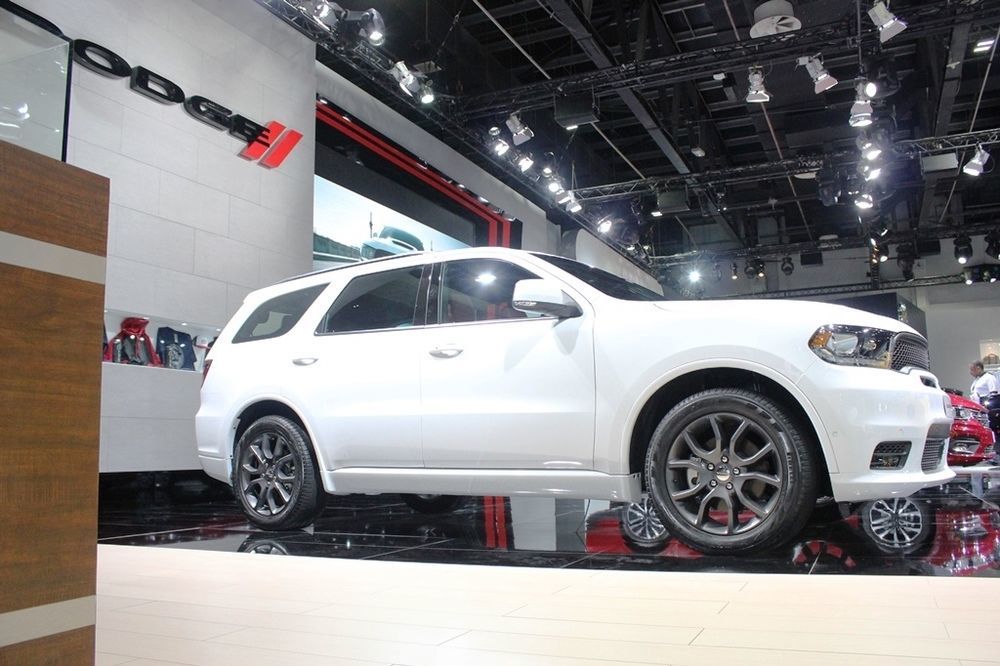 The 2017 Dubai Motor Show showcased some of the most capable, powerful, and exciting SUVs on the planet. Out of the dozens, here are our picks of what we think were the most magnificent 4x4s. 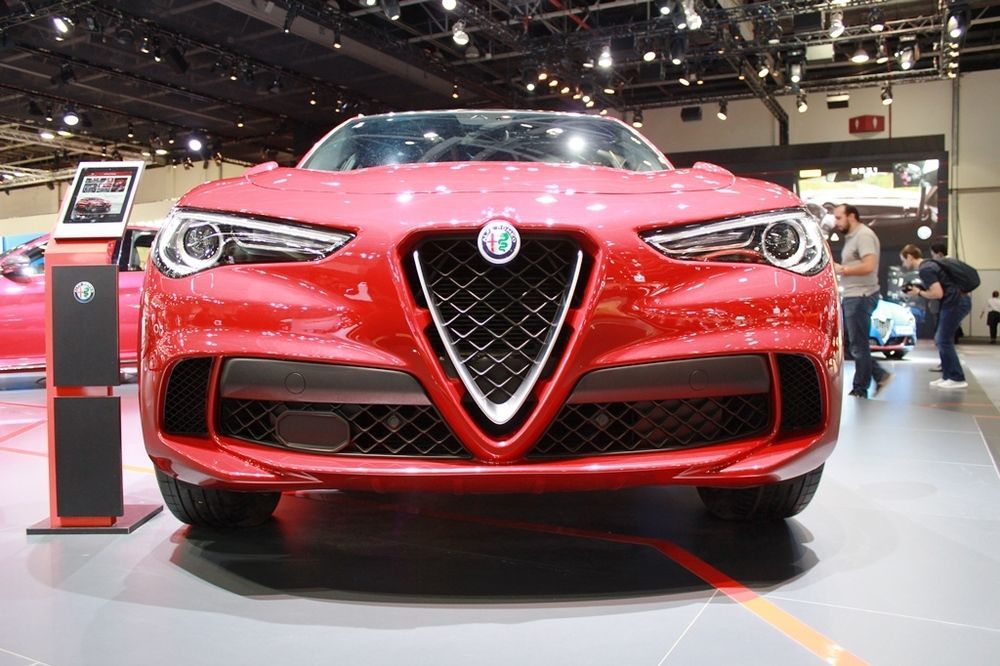 Perhaps the most attractive SUV on this list, the 2018 Alfa Romeo Stelvio Quadrifoglio is a sculpted piece of performance art from one of Italy’s finest car brands. Making extensive use of lightweight aluminum and carbon fiber, the Stelvio Quadrifoglio achieves a perfect 50/50 weight distribution over both the axles. 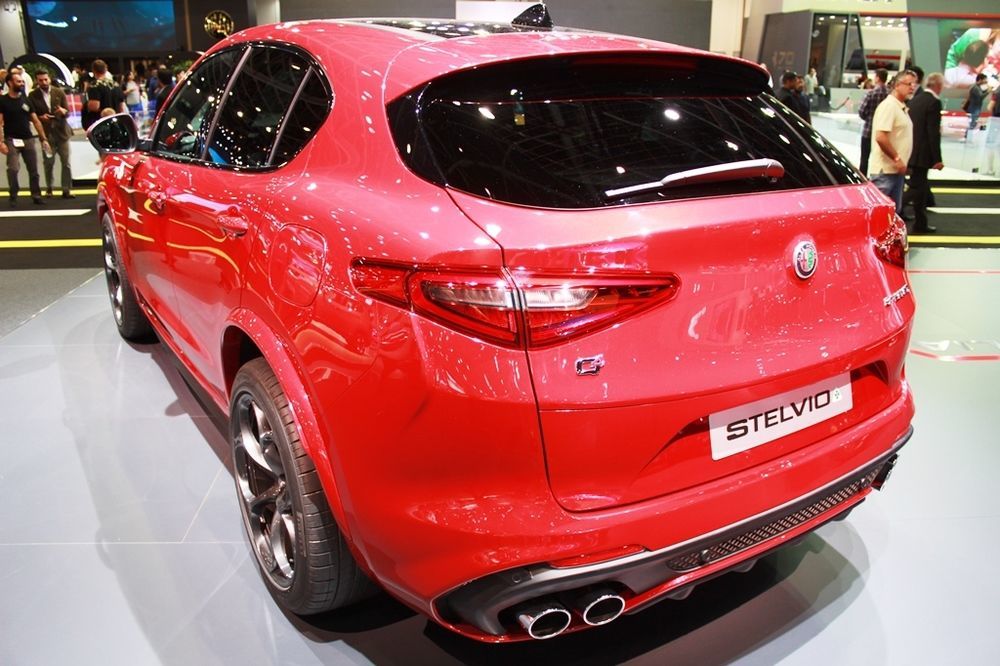 Naturally, the beating heart under that hood is a gem as well; with 2.9 liters of displacement, six cylinders, and two turbos to play with, this unit develops a meaty 505 HP and 600 Nm of torque. Transmission duties are handled by a quick-shifting (150-millisecond shift time) 8-speed automatic gearbox, while power is routed to all four corners via Alfa’s Q4 all-wheel-drive system for the sake of road holding. Stopping the Stelvio Quadrifoglio won't be a bother either as deceleration power comes in the form of large carbon-ceramic discs. 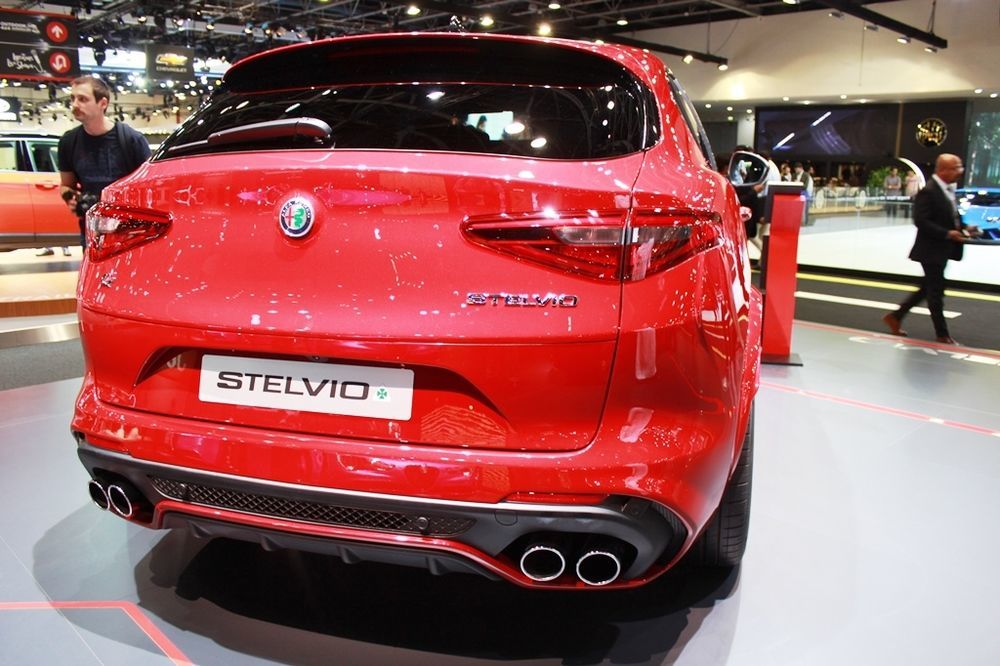 Flick the Alfa Romeo Stelvio Quadrifoglio into Race mode and stomp on the accelerator pedal. This will see the 1.7-ton Stelvio launching itself to 100 km/h in a smidge under 4 seconds, while top speed is rated at an impressive 285 km/h. The cabin is trimmed in supple Italian leather, genuine wood, brushed aluminum, and Alcantara. Overall, the layout of this cabin feels decidedly sporty and as for the quality, this Alfa definitely scores better than the other two SUVs on this list. 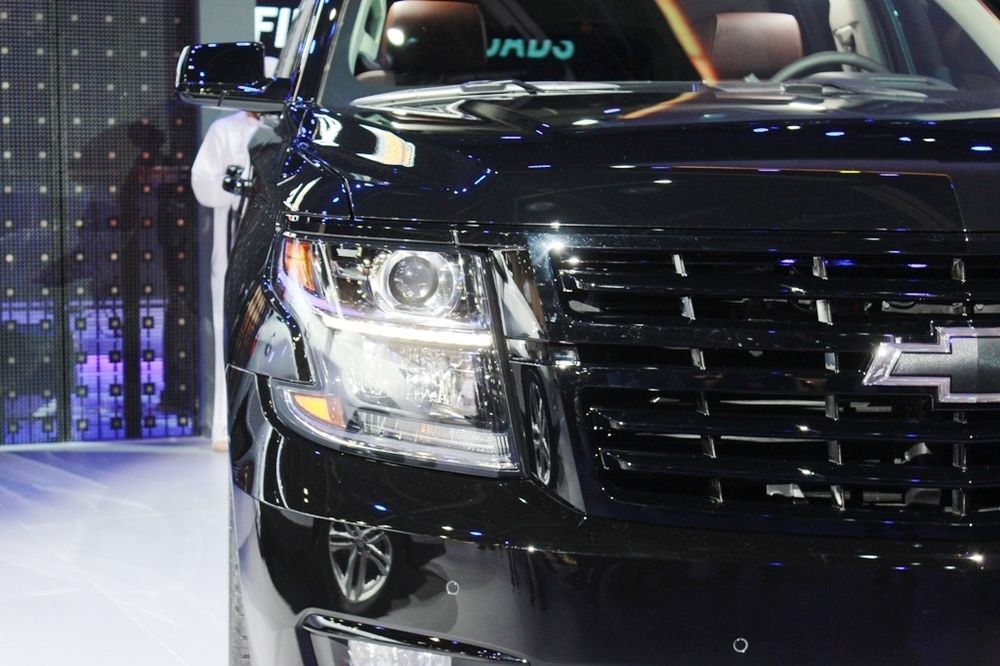 The Chevrolet Tahoe’s popularity in the region is undeniable and now, the American carmaker is mulling over the idea of bringing over the Tahoe in its most vicious form. Christened as the Tahoe RST (Rally Sport Truck), this SUV gets certain interesting mods over the standard Tahoe. 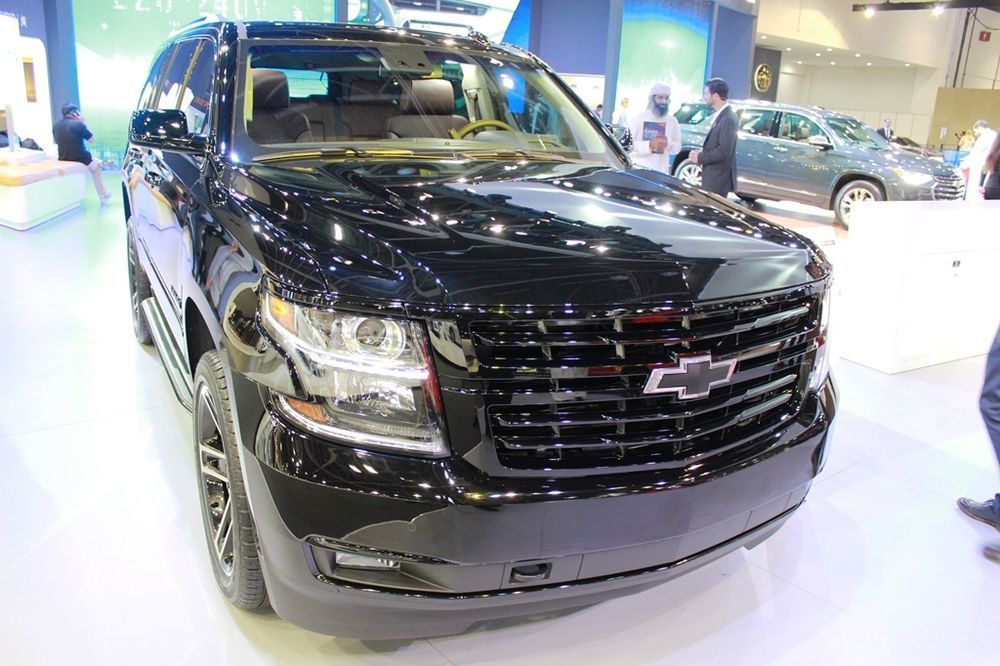 The 2018 Chevrolet Tahoe RST comes with a 6.2-liter V8 engine that pushes out 420 horses and 624 torques. The might from this big eight-cylinder is paired with Chevy’s 10-speed automatic transmission, and that ensures a naught to 100 km/h run in 6 seconds flat! For something that is capable of trailing payloads of up to 3.8 tons, a six-second sprint to the ton mark is impressive, indeed. Top speed hasn’t yet been verified, but expect it to be well north of 200 km/h. 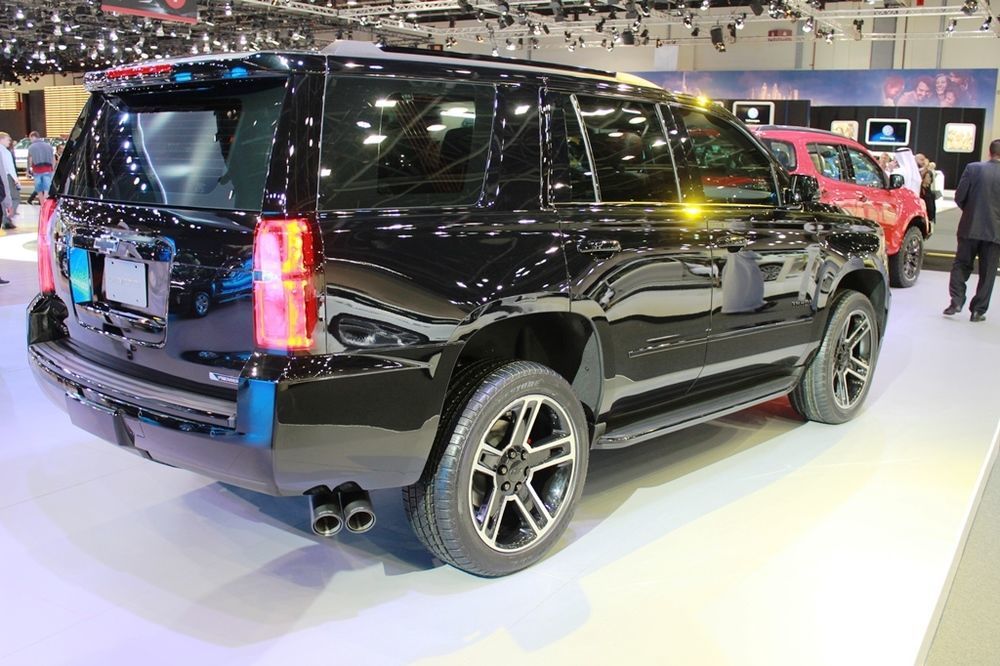 Appearance-wise, the RST spec isn’t very different to the bog-standard Chevy Tahoe. However, on closer inspection, you will find a set of massive 22-inch rims, Brembo performance brakes, a Borla exhaust system (that adds 10 HP at the rear wheels), and black paint treatment wherever chrome used to reside (even for the bowtie). The interior though is almost identical to that found on a regular top-spec Tahoe. 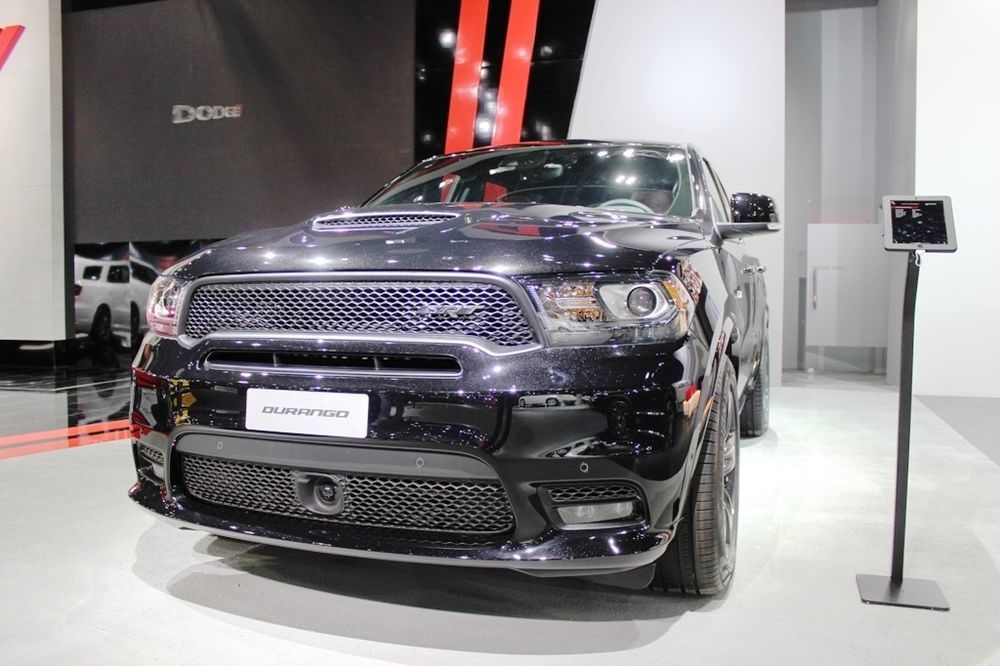 The 2018 Dodge Durango SRT is a 6-seat, 2.5-ton family SUV that has been put on some steroids. Propulsion for the SRT comes courtesy of a HEMI 6.4-liter V8 that pumps out 475 furious American horses and 637 Nm of ravenous thrust. 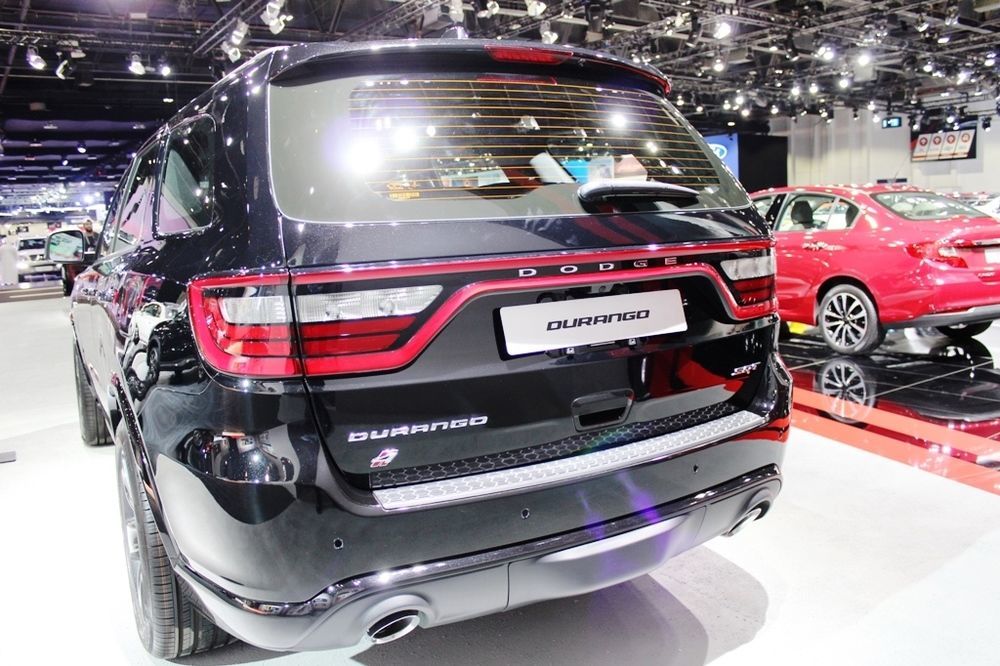 With its chunky and sticky Pirelli Scorpions, and ZF’s 8-speed autobox, 100 km/h is dispatched in an insanely quick 4.5-second mark. Though Dodge is yet to release the SRT’s official top speed figure, we reckon this goliath would easily crack the 220 km/h barrier. Stopping power comes in the form of huge 15-inch Brembo brakes, and stiffened adjustable dampers are employed with the task to keep it as level as possible in the corners. 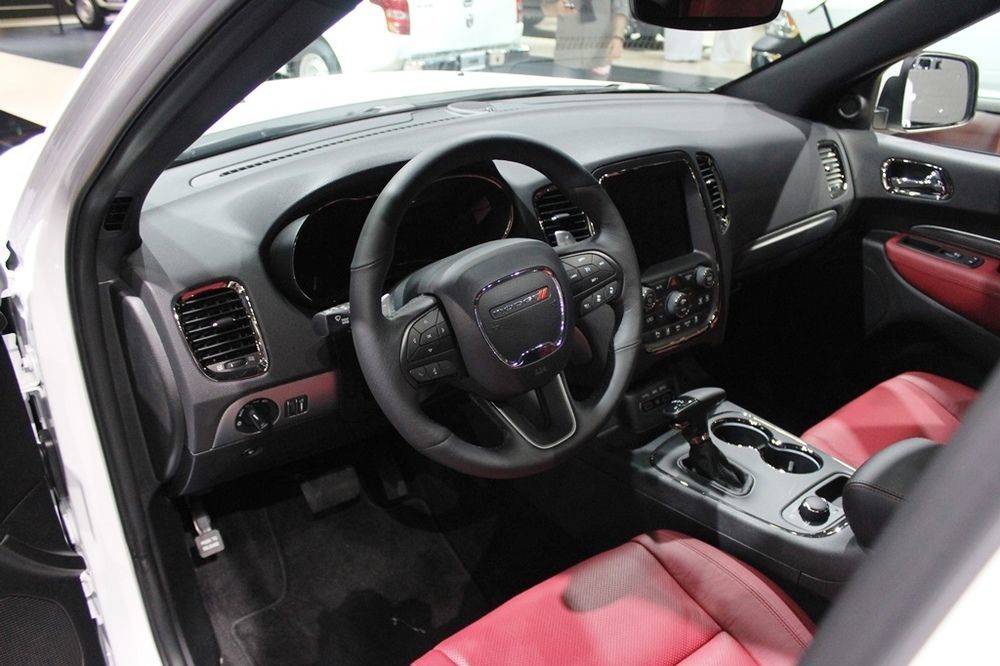 The cabin of the 2018 Dodge Durango SRT hasn’t been redone, unlike its performance numbers, so that means there isn’t much of a “wow” factor once you step inside. That said, there are plenty of standard features and safety kit on offer, and soft touchpoints are present as long as your hands don’t wander below your hip level.

Top 3 Most Loved Cars at the 2017 Dubai Motor Show