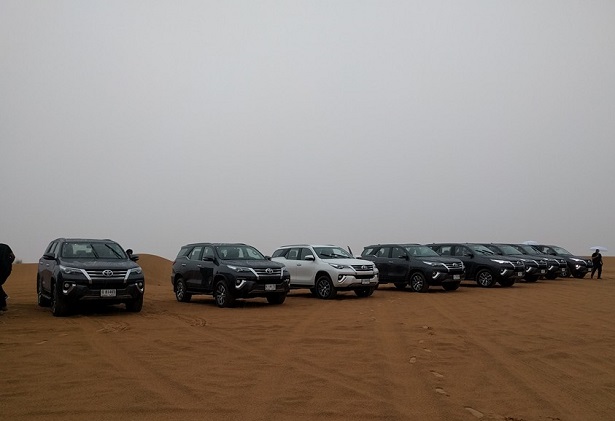 Al-Futtaim Motors, the exclusive distributor for Toyota in the UAE, recently launched the all-new Fortuner 2016 for the members of the media (you can read more about the launch event here). The event comprised of appetizers, dignitaries and journalists from all over UAE. But the biggest surprise of the day was the abundance of rain that flooded the streets and dampened the desert all over the country. Most of us were under the impression that the event might be cancelled, but that was not the case. Moreover, there was a special treat for the media in the form of a desert drive in the new Fortuner – as it is THE choice of professional desert safari drivers after the legendary Land Cruiser and Nissan Patrol ofcourse. You can read more about the new Fortuner here. 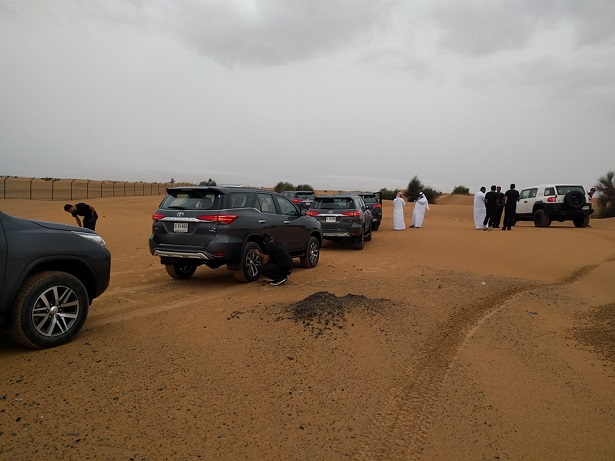 Well, to start off, there was water everywhere. So much so, that going to the test cars had become a difficult task. With some splashing here and there and getting wet upto the knees, I finally managed to sit in the car itself. Getting all excited about the desert drive, the drivers were warned not to perform stunts in the sand dunes and just to make sure none of the shenanigans happens, there was an instructor appointed to every driver. Initially, everyone felt a bit turned off but soon it was for the best as not many are experienced in off-roading. 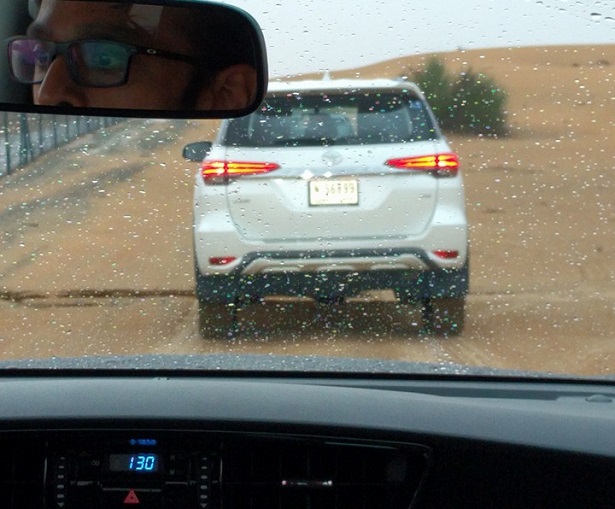 After deflating tyres, we finally landed into the dunes. There was a tricky yet satisfying offroad course set for us. We were following a convoy up and down small dunes. Sometimes, the dunes became tricky and we had to slide sideways to avoid getting flipped over. The Fortuner really stayed composed throughout the drive and really impressed all of us with its power and suspension and completed the entire course with elan.  Sadly though, there was a lunch planned in the middle of the desert but none of us could stay there for long due to the rain pouring hard. So, we all wound up fast and headed back to the hotel. We will be doing a full-fledge review of the Fortuner so stay tuned.