The all-new Toyota Fortuner 2016 was recently launched by Al-Futtaim Motors in the UAE. This is a completely new Fortuner and has taken about 10 years to enter its second generation. The Fortuner is a name synonymous with offroading and this new one has to be no less. Let’s look at the car in detail. 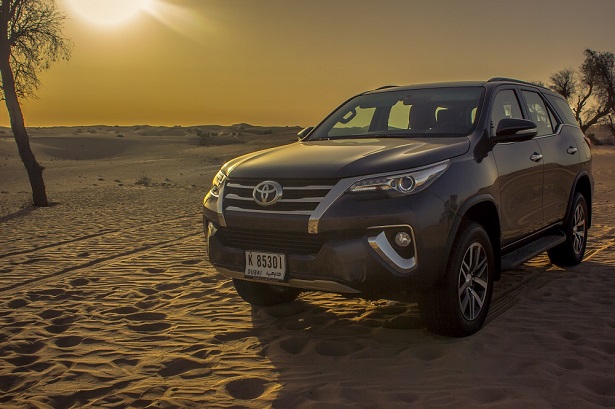 From the first glance, the all-new Fortuner looks like a winner. The car is built to look tough because it is tough. The exterior has been completely overhauled and the new Fortuner is longer, wider and lower than before. The lowered height doesn’t mean that the ground clearance has been effected. In fact, the ground clearance managed to impress me the most while dune bashing. Exterior details include chrome trimmings, LED headlamps and DRLs. The whole front and back is designed as per new design language by Toyota which is taken from the Lexus. So, overall the Fortuner looks upmarket and I like it. 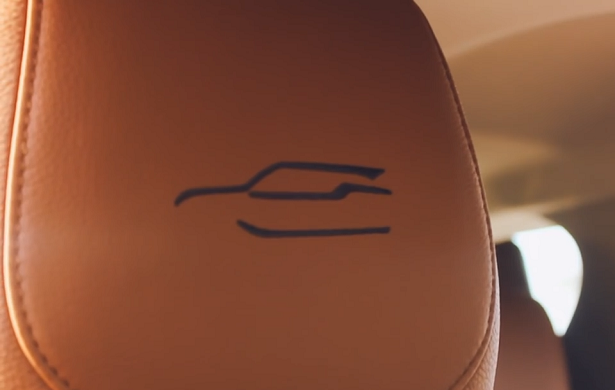 The interior is pretty basic but well built. It features colored stitching throughout; metallic ornamentation and detailed ‘Fortuner’ script on the upper glove box release button and rear door trim ornament. In addition, to that you will find leather seats and rear entertainment system for convenience. The Lexus 4.2” TFT display now features in the Fortuner which is a nice addition. Negatives: well, the rear seat entertainment system would be better if the screens were integrated in the headrests. Also, the infotainment system could be updated as it seems a bit outdated. Overall, there are no rattling sounds and the interior feels comfortable. 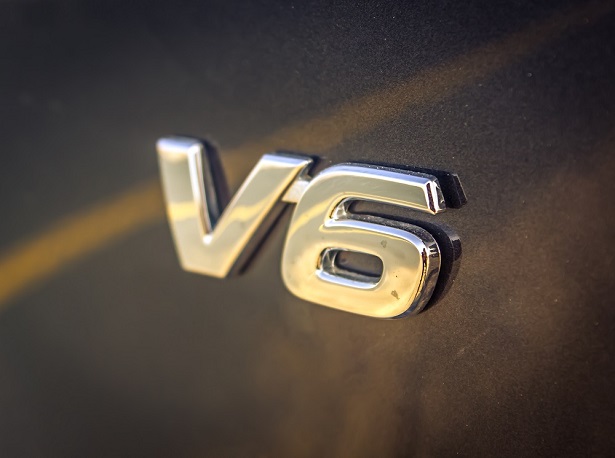 The new Fortuner now has a 6-speed automatic transmission which, in my opinion, seems outdated. As, manufacturers are ditching the 6-speed altogether and opting for more fuel efficient 7-speed and above. In the test car, this gearbox is mated the 4.0-litre V6 engine, which churns out 235hp and 380 Nm of torque. The power delivery is smooth but I feel Toyota should build new V6 engines and not rehash the old ones. The car feels underpowered on highways. Also, there is considerable body roll felt on turns even with the lowered height. However, the suspension is brilliant and the car keeps itself composed while going up and down the dunes. 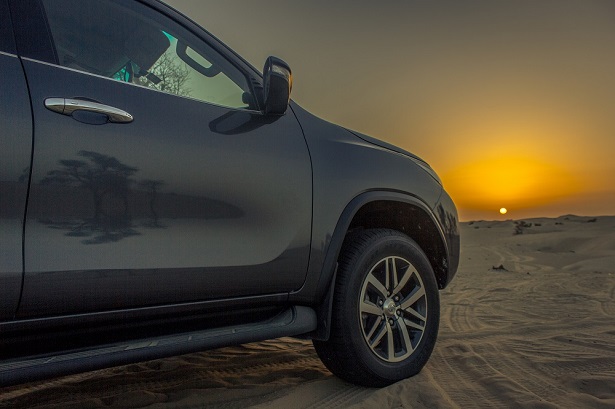 If you want a budget-friendly offroader with pretty much all the basics covered in terms of being feature rich, Fortuner is the right choice. This car really will impress you.