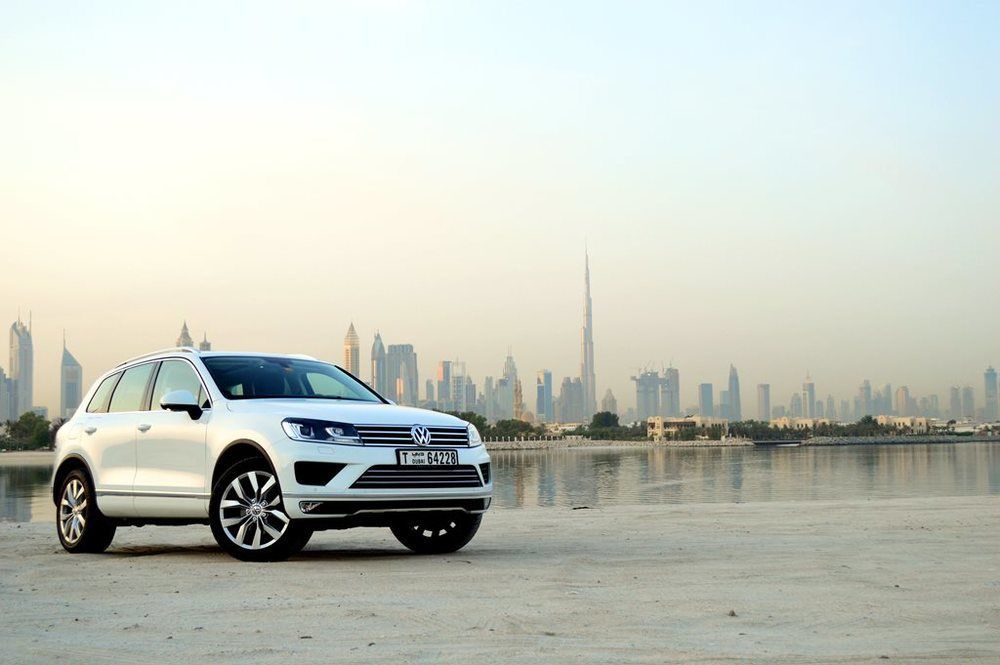 The Volkswagen Touareg was incubated in 2002 and came about as a joint project between German automotive giants Audi, Porsche, and Volkswagen. With the objective of building an SUV that handled like a sports car, the Touareg was brought to life and served as the ideal stepping stone for those aspiring to purchase an Audi Q7. Currently in its second-generation, the Touareg is in dire need of an update, for its dated styling and unwillingness to adopt modern technology prevent it from competing with the likes of the Jeep Grand Cherokee and Land Rover Discovery. 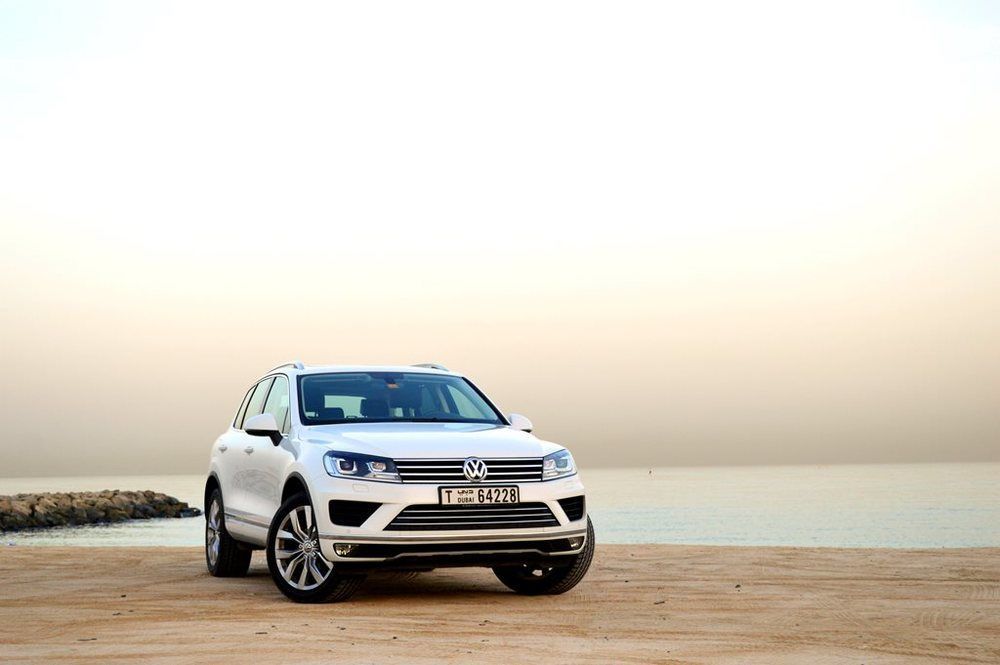 Embellishing the hulking dimensions of the Volkswagen Touareg 2017 are a set of trapezoidal headlamps that flank the redesigned grille and give the impression of a tauter, more upright stance. The transverse chrome fins extend into the headlamps and mirror the lower grille that is cordoned off by a bold strip of chrome. While large exhausts and 20-inch rims add to its rugged appeal, the tapering taillamps are reminiscent of those found on older GTI models, a nod to the Touareg’s sporting aspirations. 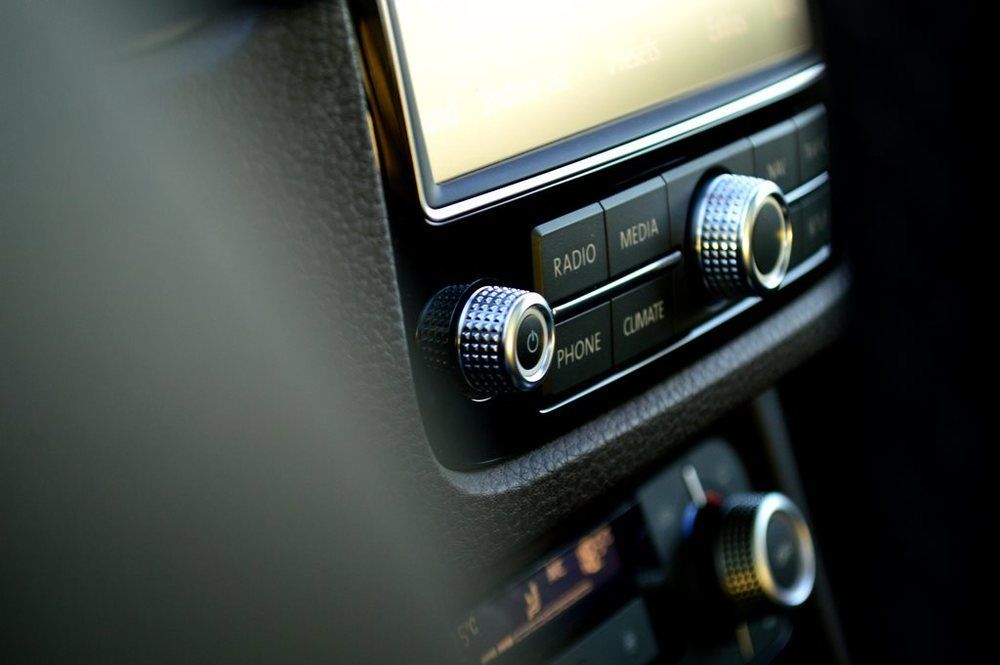 Ergonomic heaven, the familiarity of the Touareg’s cockpit allows drivers to get relatively comfy, relatively quickly. When finished in a refreshing shade of Bonanza Brown, the cabin exudes a comforting warmth that is accompanied by Burr Walnut trim and a generous sprinkle of knurled aluminum rotary knobs. The low seating position not only aids with easier ingress and egress but gives the impression of a much airier cabin with a full-length panoramic roof overhead. 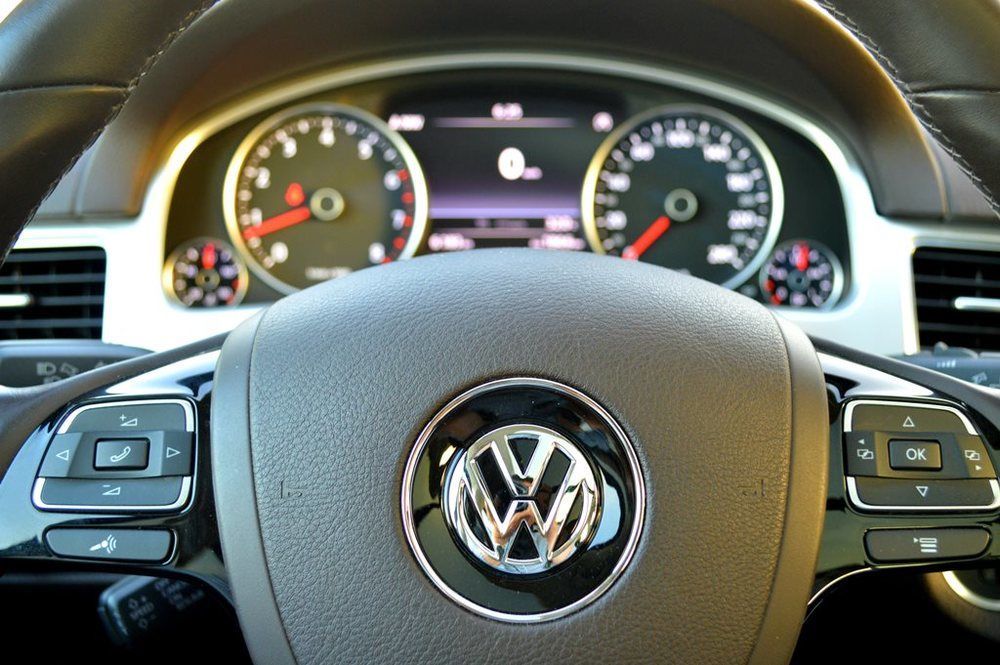 At well over AED 200,000, the Volkswagen Touareg doesn’t offer much in the way of features. Lacking basic amenities such as USB ports and an AUX audio input, the German SUV is a long way off providing its buyers with safety features such as blind spot monitoring, lane keeping assist, and adaptive cruise control. The onboard start-stop system is also far from perfect, for it might improve fuel efficiency but it does so at the expense of driver confidence, bringing the car to a complete halt with the steering locked and the engine switched off.

You might also be interested in: The Volkswagen Golf GTI Clubsport takes on the Peregrine Falcon in a race around the desert 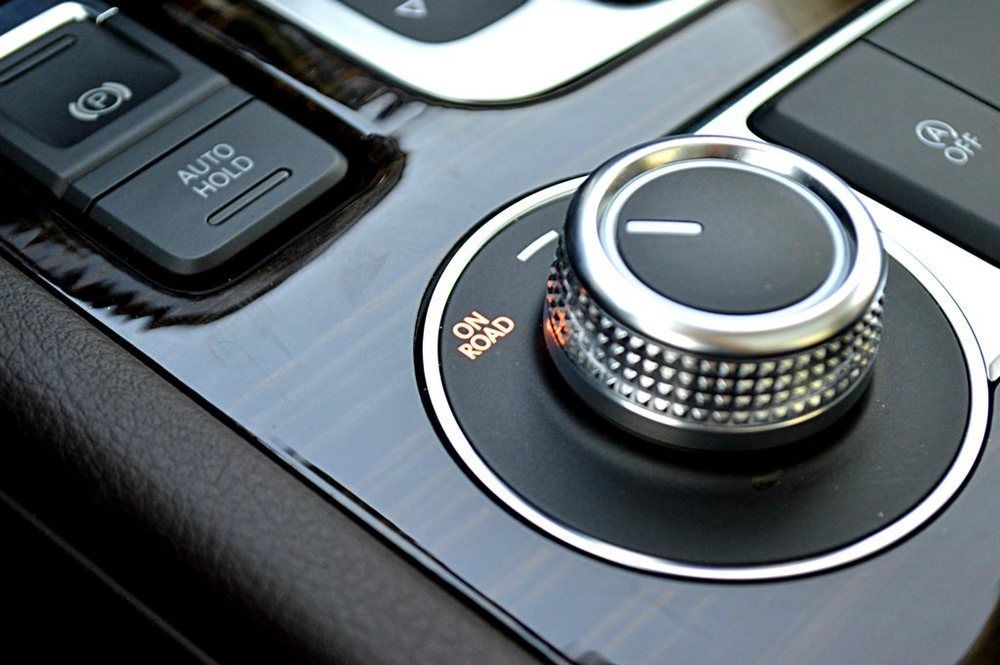 Armed with a 3.6-liter naturally aspirated V6 engine, the Touareg directs 280-horsepower and 360 Nm of torque through an eight-speed automatic transmission to an All-Wheel-Drive layout. Averaging 12 liters / 100 kilometers, it is both efficient and practical, with its 100-liter fuel tank preventing drivers from having to queue up at petrol stations ever so frequently. Decoupling the gearbox from the engine, the BlueMotion technology that accompanies the Touareg improves fuel efficiency and reduces emissions with the aid of the onboard start-stop system.

Equipped with a rotary drive mode selector, the Touareg allows drivers to choose from one of two modes: On-Road and Off-Road. But while one would expect this shift to make alterations to the suspension, gearing, and throttle response, it merely activates hill descent control and nothing more. With an electric differential splitting power between the front and rear wheels, the German SUV is fit to tackle mild wadis around the UAE but will leave desert warriors wanting more. Much more. 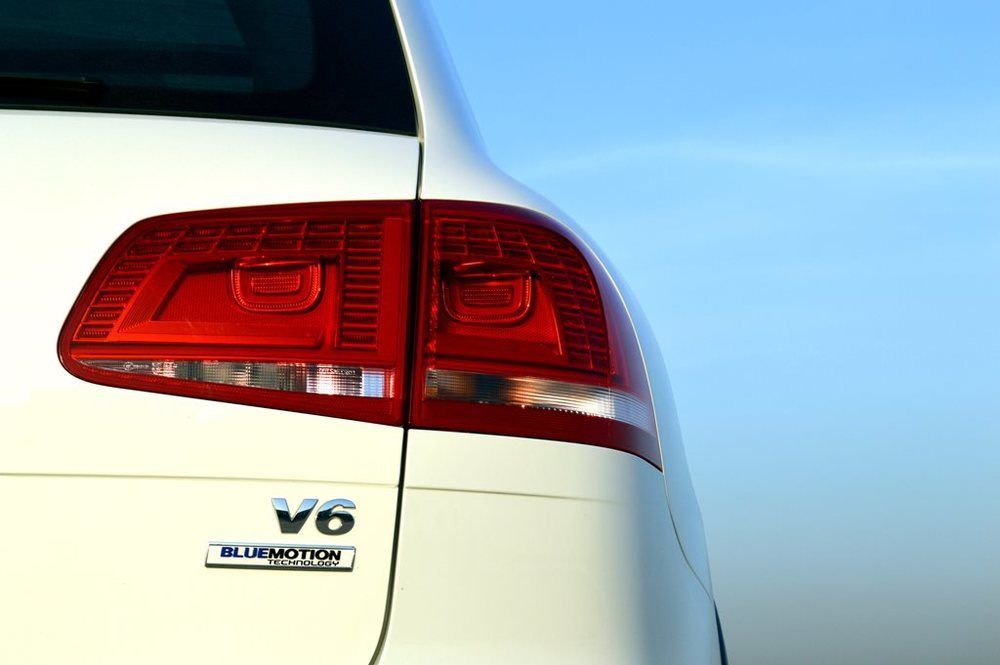 A compact disc in the age of portal hard drives, the Touareg is both dull and dated when paired against its comparatively modern American and British rivals. While it continues to serve as a stepping stone for potential Audi Q7 buyers, the brand’s unwillingness to compete might serve as a strong indication of the Touareg’s tragic destiny, or merely pave the path for the upcoming Volkswagen Teramont.