What is the rarest Camaro to buy 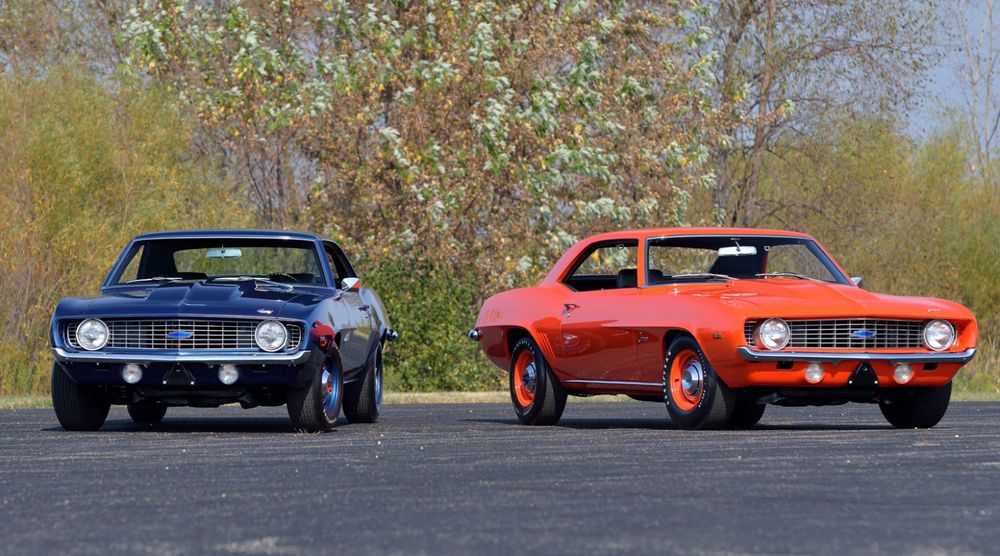 If you‘re a hardcore Camaro enthusiast, chances are that you’re already aware of the 1969 Camaro ZL1. If not, don’t worry, maybe you’re the one that asked the above question, to begin with. Anyway, the 1969 Chevrolet Camaro ZL1 is considered to be the rarest production Camaro one can buy - if you ever come across one, that is. Only 69 examples were ever built. It sits on a level that keeps it far from most car enthusiasts, as many don’t know about its existence, and even the ones that do, can’t usually afford it. At the Mecum Indy auction in 2008, a 1969 ZL1 sold for an eye-watering 848,000 dollars! However, considering the rarity, whenever a ’69 ZL1 does appear at an auction, it could easily fetch anywhere between 650,000 to 850,000 dollars.

Unlike other (sometimes equally rare) Camaros of the period, the 1969 ZL1 combined the goodness of power and speed, with the added advantage of being the first of its kind. Now that’s a hard combination to beat. The inception of the 1969 Camaro ZL1 came about when Chevy launched its Central Office Production Order (COPO) program. Under this program, Chevrolet could build a certain number of specialized vehicles, such as the ZL1. The only conditions that were laid to allow this were that the build could only utilize production parts, plus it needed a nod from Chevrolet Engineering. The COPO special order system by certain dealerships required the inclusion of the revered all-aluminum 427 big-block V8 engine, which was specially developed by Bruce McLaren and Jim Hall for Cam Am racing. This beast of a powerplant was enormous and displaced seven liters, and pushed out an insane 550 horsepower and 610 Nm of torque! For legal reasons, however, they were rated at a more modest *ahem* 430 horsepower.

Thanks to their all-aluminum build, these 7.0-liter monster engines tipped the scales at just 226 kilograms. The ’69 Camaro ZL1 featured custom wheels, cast-iron exhaust manifolds, cold air induction hood, heavy duty radiator, transistorized ignition, heavy-duty suspension with five leaf rears, rear-axle differential with heat-treated ring and pinion, along with Posi-traction limited slip, and front disc brakes. Meanwhile, the big-block V8 could be mated to the M40 Turbo Hydra-Matic automatic transmission, or a choice between the M20 wide-ratio or M21 close-ratio with 4-speed manuals. The latter ones came attached to a lightweight, custom-developed nodular flywheel.

As time went by, these wild and unhinged Chevys came to be better known as the COPO Camaros. However, thanks to all those custom-built components and testing, the starting price of these COPO Camaro ZL1s went ballistic. While initial quotations were around the USD$ 4,200 mark, the end car’s final price ballooned to over USD$ 3,000 over and above that initial estimate! To put that price into better perspective, the top Corvette model of the time cost a whole 1,000 dollars less than these Camaro ZL1s. And for that kind of money, the 1969 Camaro ZL1 neither boasted of a flamboyant exterior nor did it have a luxurious, well-appointed interior. Customers could only choose from one of five colors, which included Cortez Silver, Dusk Blue, Fathom Green, Hugger Orange, and LeMans Blue. Meanwhile, the cabin featured a black vinyl finish and there was no radio panel in sight.

Chevrolet had initially hoped that it would be able sell all 69 units of the ’69 ZL1 in a very short span of time. However, the reality was that only about half of those went to well-off owners upon launch. That meant around 30 Camaro ZL1s became nothing more than expensive showroom pin-ups, and dealerships had no choice but to return them back to the factory. Chevy eventually found a home for the rest of the cars, though that took much more effort and time than expected.