There aren’t many cars that can claim to play as vital a role in the Middle East as the legendary Nissan Patrol. Launched internationally in 1951 and to the region in 1957, the Patrol has built its reputation as being a comfortable family hauler, a capable off-roader, and above all else, a dependable workhorse. Bearing the harshest of climate and the most challenging of terrain, the Nissan Patrol is an icon in every sense and to celebrate it, we were invited to the global launch of the 2020 model at Abu Dhabi’s Saadiyat Island. 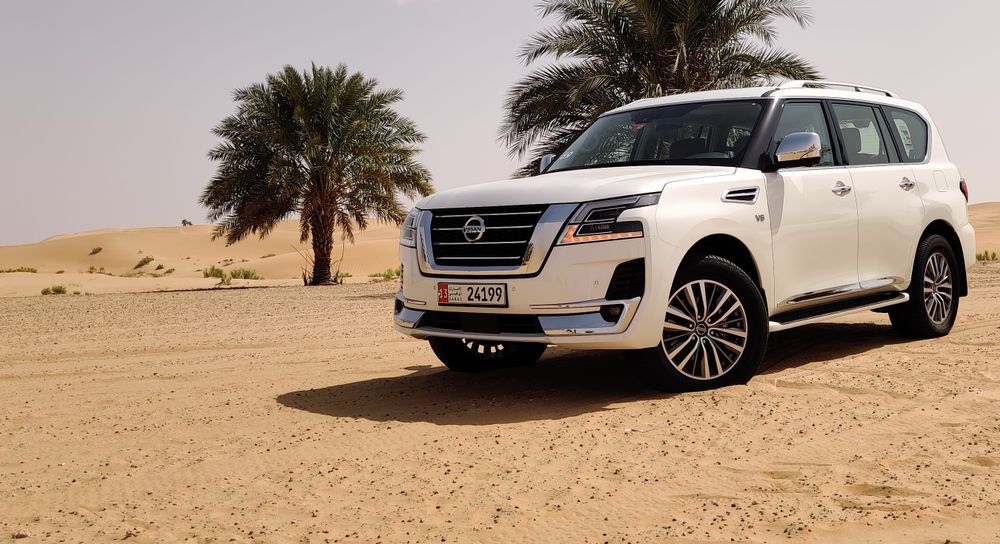 With the sixth-generation model being around since 2010, Nissan has kept the Patrol a relevant nameplate with its first facelift in 2014, followed by a timely update in 2019, and has now carried out even more changes for the 2020 model. An abundance of changes both inside and out mean the new Patrol welcomes a choice of two bumpers (city bumper / off-road bumper), the brand’s signature V-Motion grille, and new LED headlights and taillights with the brand’s signature C-motif among other additions such as a new chrome strip along the back to emphasize its width.

WATCH OUR COVERAGE OF THE EVENT HERE

While the exterior is available in a choice of six exciting hues, including two new colors (Gold Metallic and Pearl White) the interior is available in three different colors, including an all-new GTR-inspired Tan Orange on diamond quilted leather for a more luxurious experience. Complimenting the bright leather is dark ash wood trim that embellishes the door panels, dashboard, and center console, while a new dual-screen set-up with an 8-inch screen on top and a 7-inch screen on the bottom takes center stage and inches the Patrol closer to its pricier cousin, the Infiniti QX80.

In terms of comfort, entertainment and safety technologies, Nissan hasn’t held back and has given the Patrol a much-needed push in the right direction. Technophiles will be happy to hear the new Patrol supports Apple CarPlay and Android Auto connectivity, while other improvements include enhancements to the adaptive cruise control to see up to two vehicles ahead and autonomous emergency braking with pedestrian detection. What comes as a surprise is that the entire Heating, Ventilation, Air Conditioning (HVAC) system has also been reworked for improved cooling in the second-and-third-row with wider piping and by increasing the refrigerant charge.

WATCH OUR COVERAGE OF THE EVENT HERE

Sticking to the tried, tested, and trusted engine line-up, the 2020 Patrol offers a 5.6-liter V8 that produces 400 horsepower and a smaller 4.0-liter V6 that churns out 275 horsepower. Both engines get mated to a 7-speed automatic transmission and offer seamless, linear power output. While an ECO drive mode has been added specifically to the V8 model, Nissan has retained its Hydraulic Body Motion Control (HBMC) suspension for that supple ride we’ve grown to know and love. Being more of a revision than a ground-up development, the 2020 Patrol also retains its off-road prowess with an intelligent 4x4 system and terrain management that is controlled through a rotary knob along the center console.