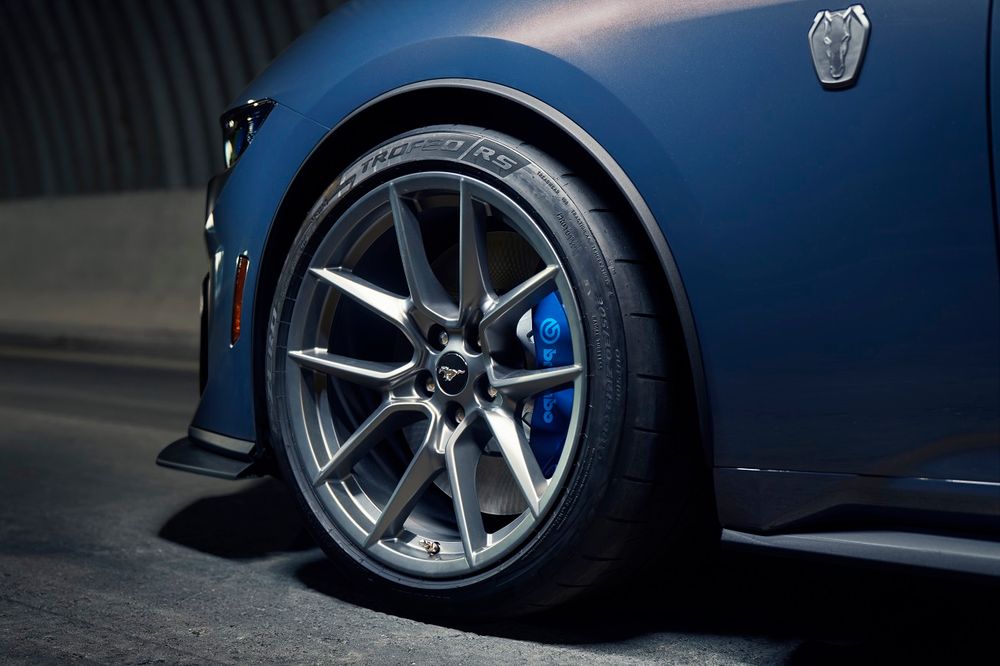 When Ford revealed the all-new Mustang a few weeks ago, the whole car community was amazed that the Blue oval was able to keep the Coyote V8 alive despite the ongoing push towards electrification. But Ford has another trick up its sleeve for petrolheads with this - the badass, sinister-looking Mustang Dark Horse. 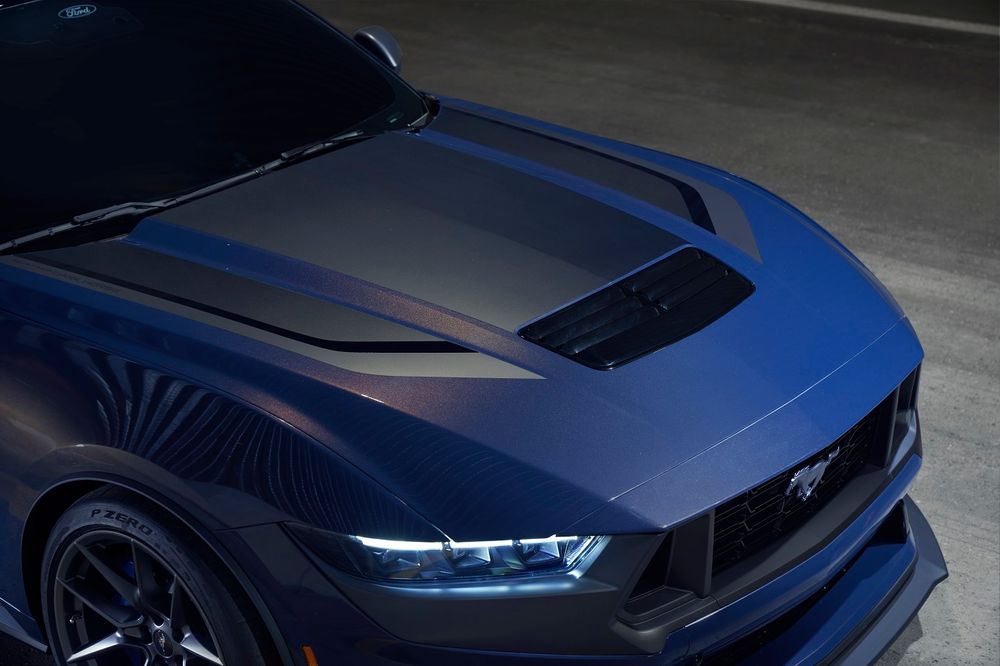 The Dark Horse name is only the second performance-focused Pony Car name from Ford since the Mustang Bullitt was introduced in 2001. Yes, lots of tuners have got their hands on the Mustang but Ford has only released a beefed up Bullitt version of the ‘Stang and now this. 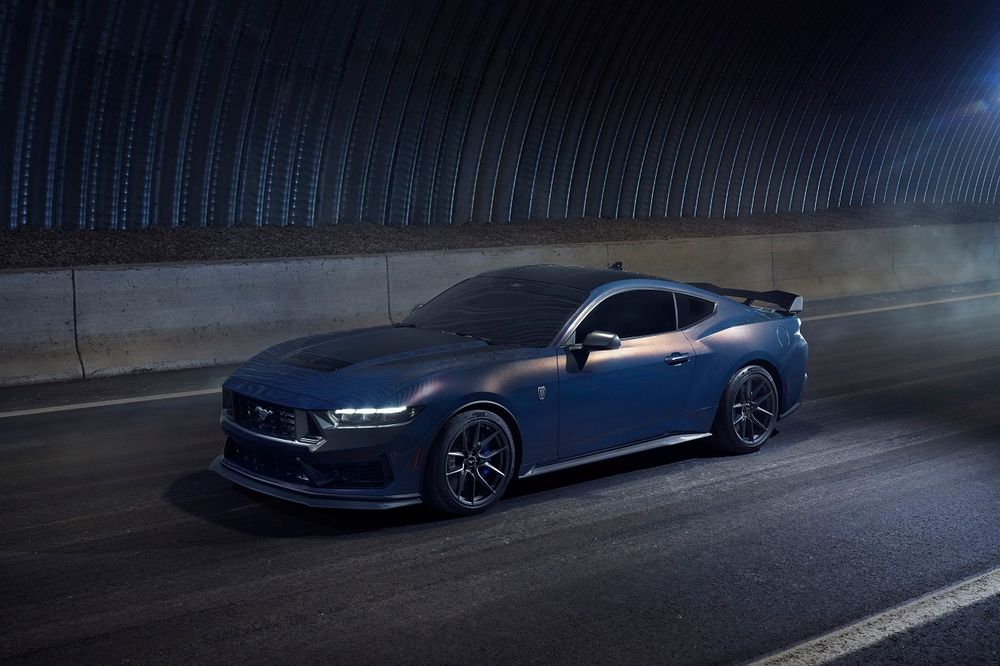 So it doesn’t come as a surprise that the clever engineers at Ford worked three years on the Dark Horse to make it the ultimate Mustang. Under the hood, the fourth-generation of the Coyote V8 resides producing at least 500 horsepower.

Mechanically, the engine gets a number of goodies like a twin throttle-body cold-air intake, a higher-revving valvetrain (with no cylinder deactivation, for obvious reasons), a forged crankshaft and piston connecting rods which will let the engine cope with higher cylinder pressures and piston speeds. 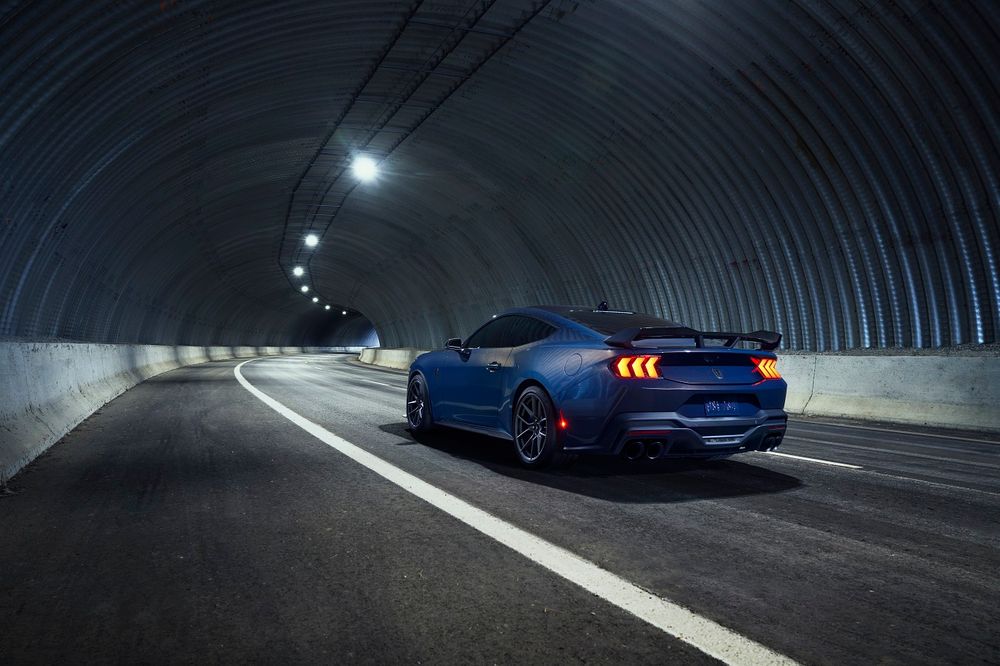 To stop all that massive grunt and power, Ford has given the Mustang Dark Horse 19-inch Brembo front 6-piston brakes with 13.9-inch rotors. For putting all the torque on the road the Mustang via a Torsen rear differential.

Step inside and you will find a thicker steering wheel wrapped in suede and sporting indigo blue stitching. The wheel features a strut tower brace and K-brace for better responsiveness. In front of the driver, there’s a 12.4-inch digital instrument cluster which changes according to whichever drive mode you’re in.

A 13.2-inch is merged seamlessly with the instrument cluster to give the Dark Horse’s cabin a full fighter jet kinda feel. For superb audio the Dark Horse also gets a 12 speaker B&O Sound System with a subwoofer.

“It’s more than a new name. Dark Horse brings a new design language to Mustang that is refined yet perfectly suited to its dual purpose of street and track performance”, said Joel Piaskowski, global director, Ford Design. The visual changes, both inside and out, convey that Dark Horse has a directed performance focus. The mechanical changes reinforce the purpose of Dark Horse, providing the driver with increased confidence and competence.”

“This is the first time for Mustang that we’ve ever had a forward-facing horse,” said Piaskowski. “It’s aggressive, a bit sinister and it’s coming from the shadows head-on to win.”