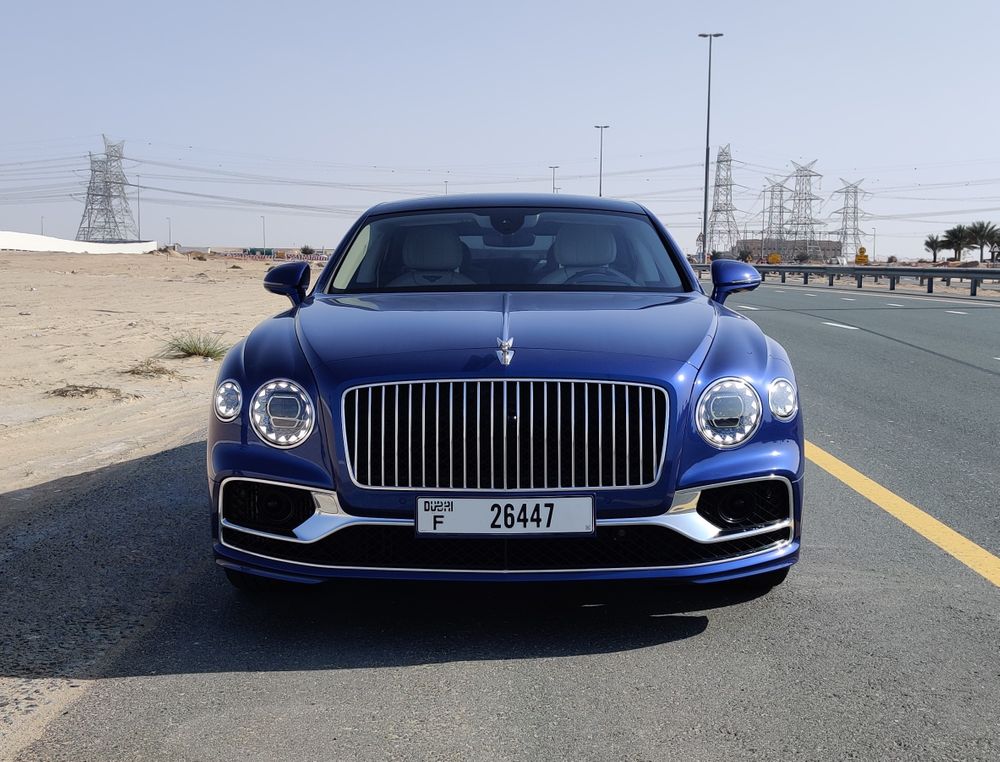 Talk about cutting it fine. Twenty-four hours before the deadline to submit our Middle East Car of The Year (MECOTY) ratings, Bentley hosts a free-drive event at the beautiful Al Habtoor Polo Resort in Dubai, bringing together local and regional jurors, as well three stunning automobiles under one roof. The contenders we’d be spending an afternoon with, included the Bentley Bentayga Speed, Bentley Continental GTC, and Bentley Flying Spur. 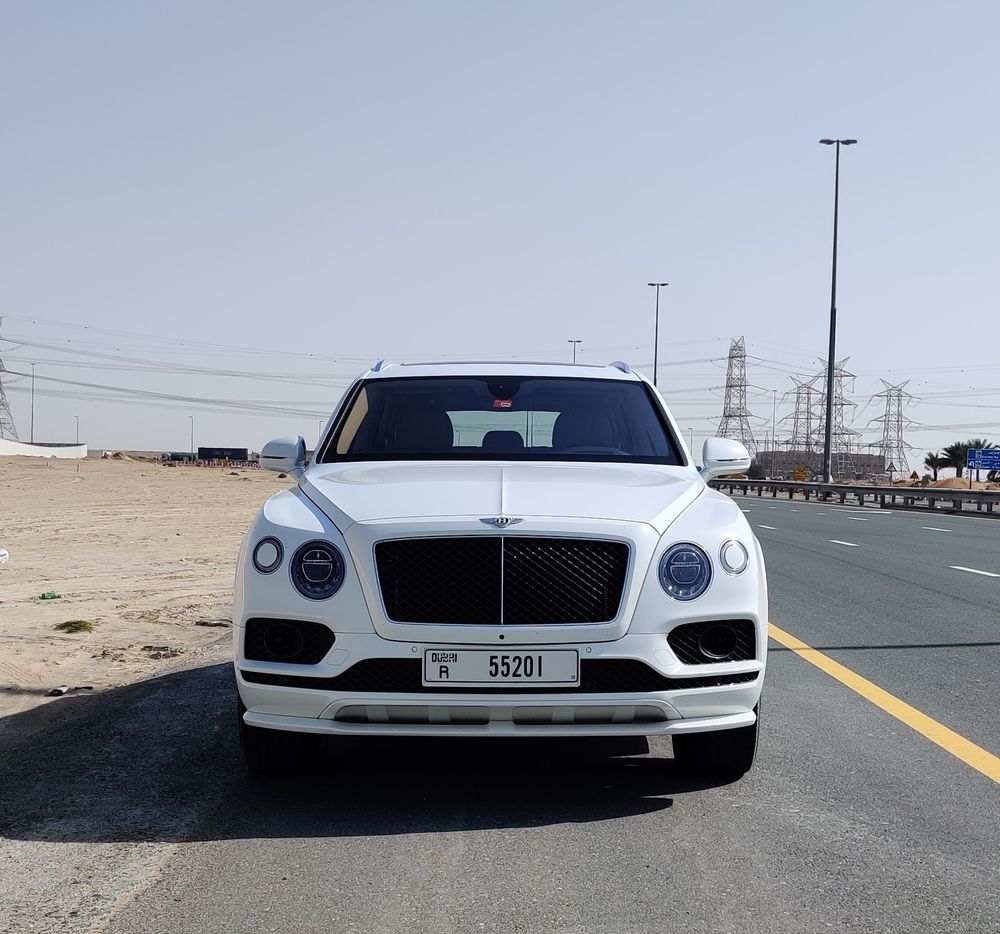 The first car we made our way towards was the Bentayga Speed and what a way to be welcomed back into the world of Bentley. Officially the fastest SUV in the world, the Bentayga Speed looks spectacular and has the go to match. Elegant yet sinister, it’s almost as if it suffers from a split personality disorder, but it’s rare to come across an SUV that is as luxurious yet as agile that it can keep up with bona fide sportscars.

The supple leather and knurled metal finishes were as brilliant to look at and touch as one would expect, but what was a little disappointing were the buttons around the infotainment screen and the resolution of the screen itself. While Bentley does have glass-finished buttons which just add that extra dose of panache to the cabin, the Bentayga Speed we tested was let down by inexpensive looking plastic buttons that looked like they had been taken out of the Volkswagen parts bin.

Moreover, the infotainment screen, though large enough in terms of size, exhibits grainy, pixelated graphics at a time when newer automobiles that cost a fraction of the price (such as the Volkswagen Touareg) come with a much higher-definition display. Having said that, this is something we see being updated soon, as the rest of the Bentley line-up has already been treated to a refresh. 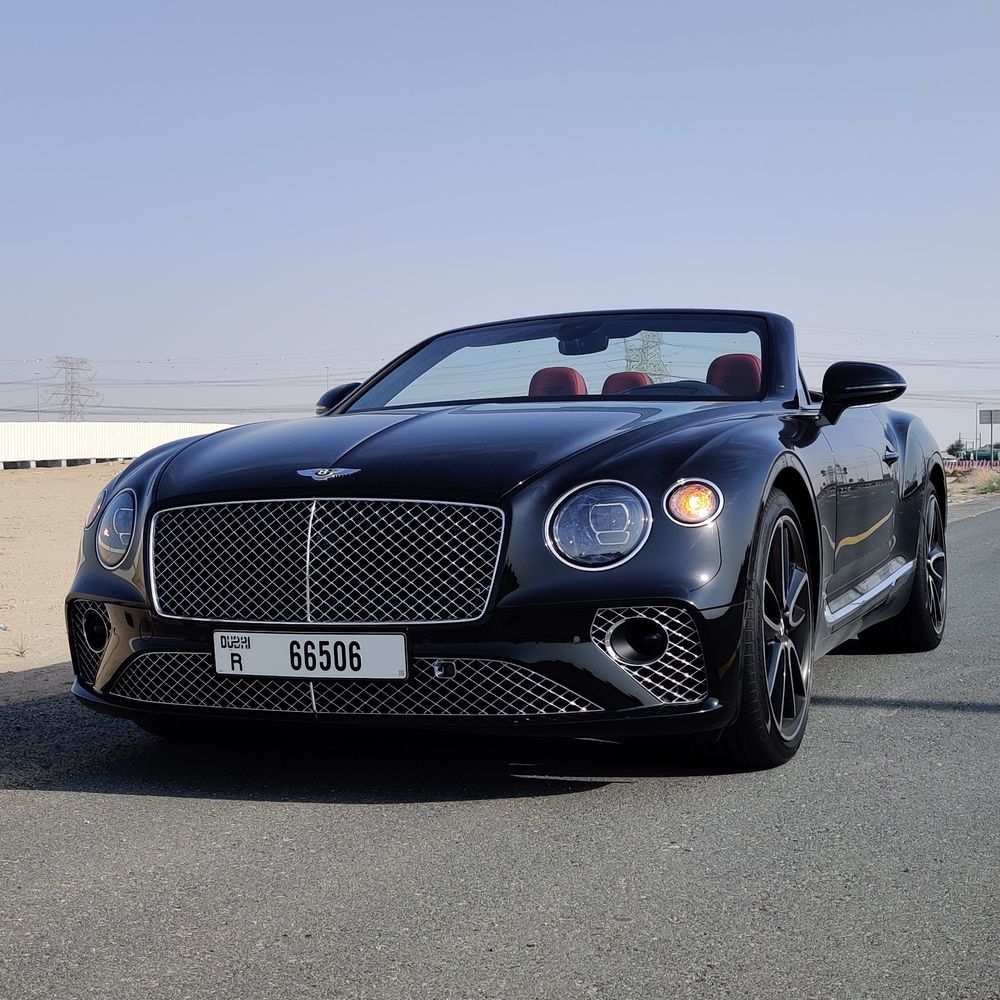 A drop-top in Dubai winter, it doesn’t get much better, does it? The all-new Bentley Continental is a looker alright and even more so with the top down. The rich black exterior starkly contrasting the dark red top was a unique blend that made the British beauty stand out even more. The subtle details continued with a unique centenary badge embellishing its snout and kickplate, making an already special experience even more exclusive.

Inside, the red and black color scheme continued on the seats, steering wheel, and door panels, with a combination of perforated, quilted and smooth leather covering nearly every panel. Carrying the brand into a new chapter, the Continental dictates the direction for the brand and so sees a very modern design, more so than the Bentayga Speed. The rotating infotainment screen panel features three faces: infotainment screen, plain wood veneer, or three dials showcasing a compass, chronograph, and thermometer, giving drivers the option of whatever they may be in the mood for.

The 6.0-liter W12 powerplant that resides under the hood, produces 635 horsepower and 900 Nm of torque, which you don’t me to explain since the numbers speak for themselves. What was a pleasant surprise when behind the wheel, was to hear the exhaust crackle and pop every time we let off the accelerator pedal or took it close to the redline before shifting into the next gear. It’s a civilized grand tourer, but it will make you smile when you ask it to. 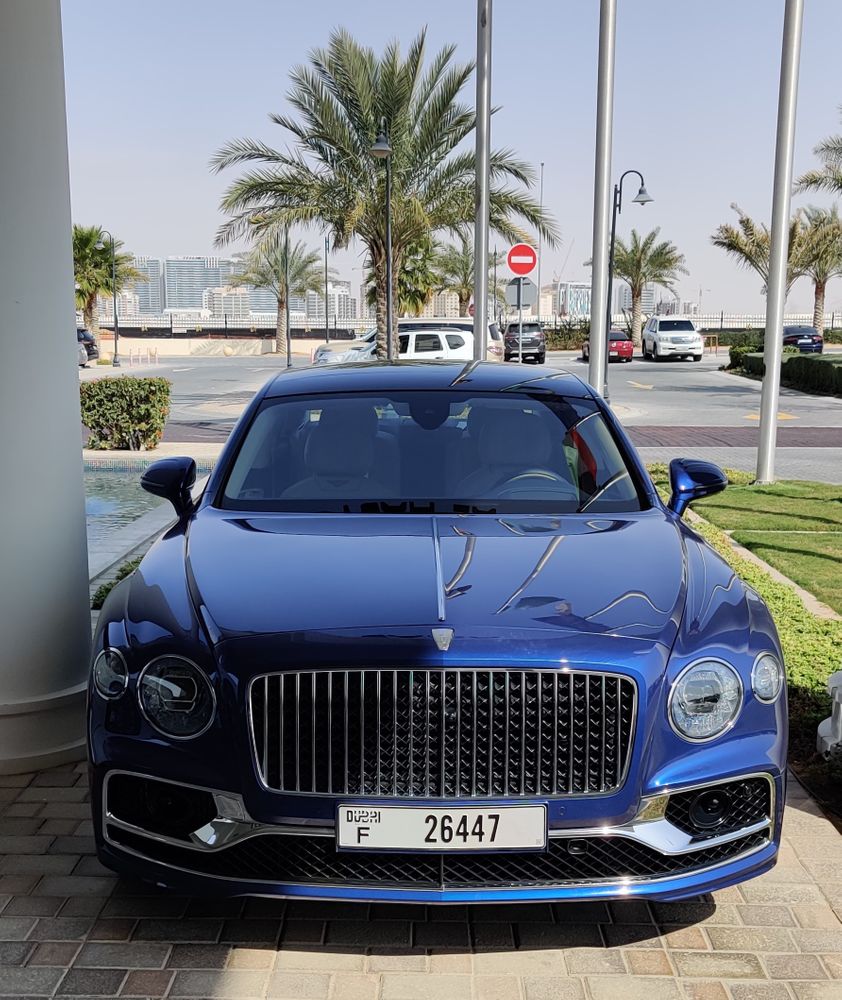 Mimicking the design of its elder brother, the Mulsanne, the all-new Flying Spur is distinctive in its own right. The vertical slats on the grille lend the Flying Spur a commanding presence, one that is accompanied by tasteful chrome elements along the bumper and around the headlights. The iconic Flying B that raises out of the hood when unlocked, is the first sign of something that is truly special.

Step inside and the initial impression is likely is leave you a little speechless. The combination of piano black and silver trim gives the cabin an elegant, expensive, yet sporty appearance. The embroidered seatbacks and exquisite craftsmanship speak volumes about the detail and precision that has gone into making the Flying Spur worthy of its million Dirham price tag.

Flaunting a W12 powerplant like its Continental counterpart, the deployment of 635 horsepower and 900 Nm of torque to all four wheels, lets the big, comfortable four-door sedan sprint from a standstill to 100km/h in just 3.8-seconds. Sure, those are supercar numbers, but this is a heavy, expensive, and above all, luxurious sedan we’re talking about.

Driving a Bentley is always a special experience. Each of its models possess their own character and appeal. With the nominations submitted, we wish the British marque all the very best in the upcoming MECOTY awards.