The 2018 Mazda CX 5 is no newcomer to the compact SUV segment. Its competition includes Japanese favorites such the Honda CR-V, Nissan X-Trail, and Toyota RAV-4, but while it looks better and undoubtedly drives better, there is something that stands in its way from being better and outselling its lesser exciting rivals. 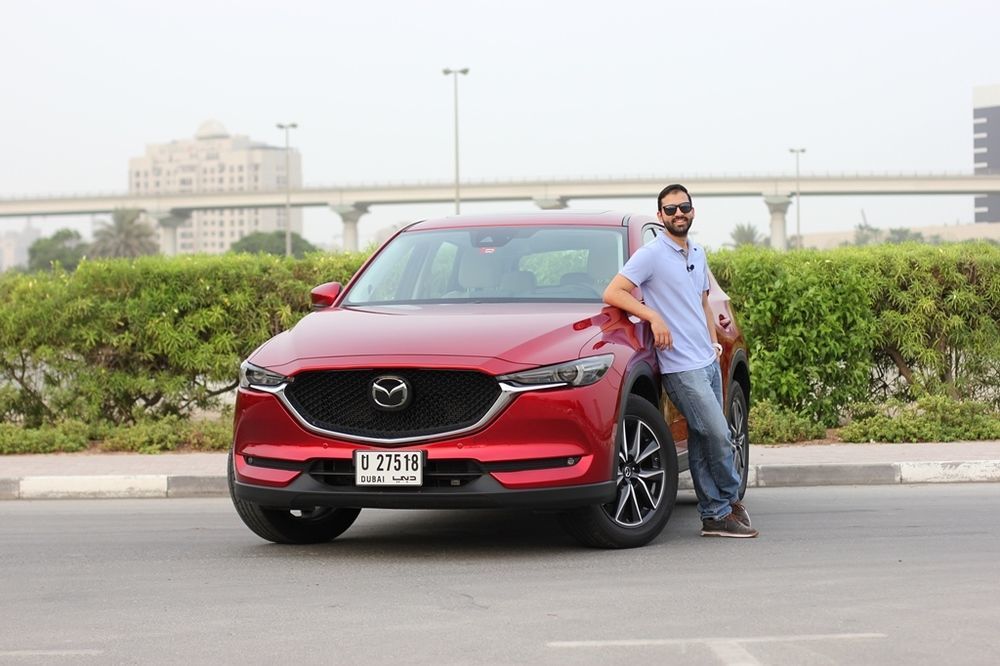 The Mazda CX 5 follows the design doctrine of the smaller CX 3 and the larger CX 9 but manages to look better than both. Unlike its rivals that fail to provoke any emotions, the CX 5 is elegant yet intimidating with its 19-inch alloys, sharp lines, and subtle details. Does the CX 5 qualify as a piece of automotive art, then? I’d have to agree. 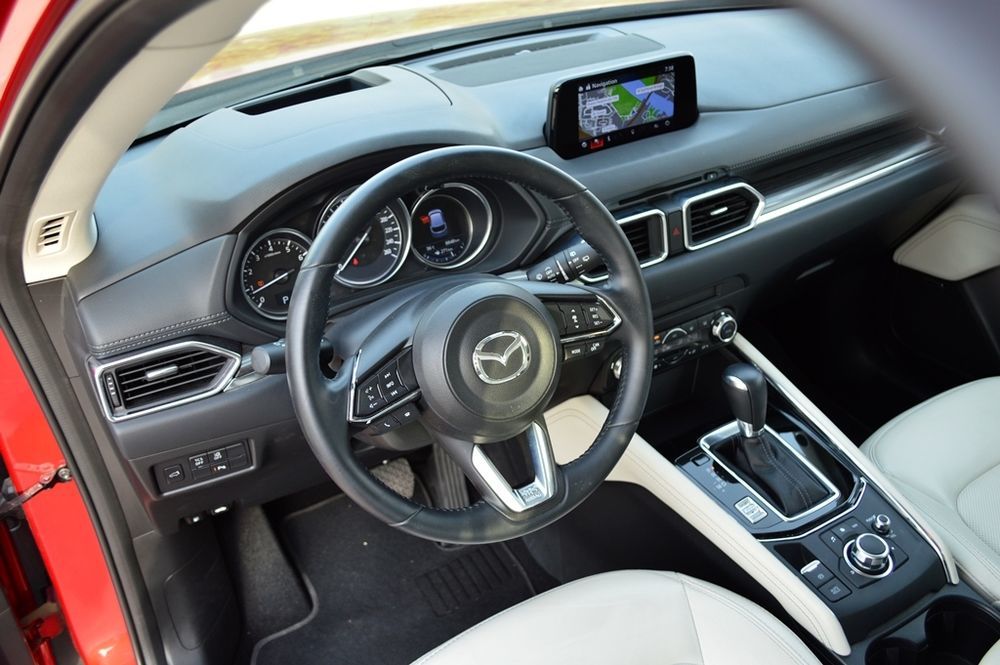 Simplistic and favoring minimalism, the cabin of the Mazda CX 5 2018 is modern, uncluttered and surprisingly refreshing. The combination of soft leather, grained wood and metal trims speak of quality that one would not associate with this segment of the market.

In the back, legroom is far lesser than what the segment leader (the Honda CR-V) has to offer but is as much as one would and could expect in a compact SUV. Having said that, rear headroom is surprisingly impressive with the tapering roof having no impact on rear seat comfort whatsoever.

Speaking of comfort and throwing some light on practicality, the fully-loaded CX 5 offers rear A/C vents, two fast charging USB outlets, two cupholders and an easy to load boot that offers up to 506-liters of storage, which is enough but not as much as the CR-V at 561-liters. 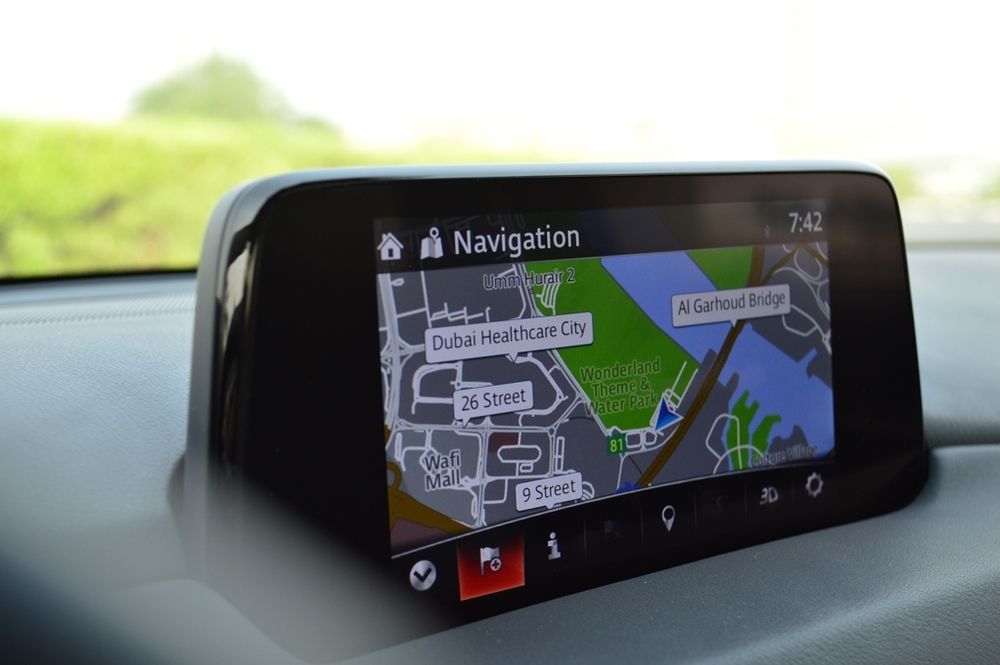 Despite lacking a few modern amenities such as a remote engine starter, Android Auto and Apple CarPlay, the CX 5 is equipped with a long list of interesting features. Mazda fan-boys would notice the brand’s flip-up screen for the Head-Up Display has been replaced by a proper unit that projects trip information, speed, and navigation data directly onto the windscreen.

In conjunction with a 10-speaker Bose sound system, is a 7-inch multimedia screen that runs a familiar version of the brand’s infotainment software. A touchscreen when stopped, Mazda enforces safer driving by disabling the touch functionality when moving and forcing drivers to use the rotary knob located along the center console to reduce distractions. 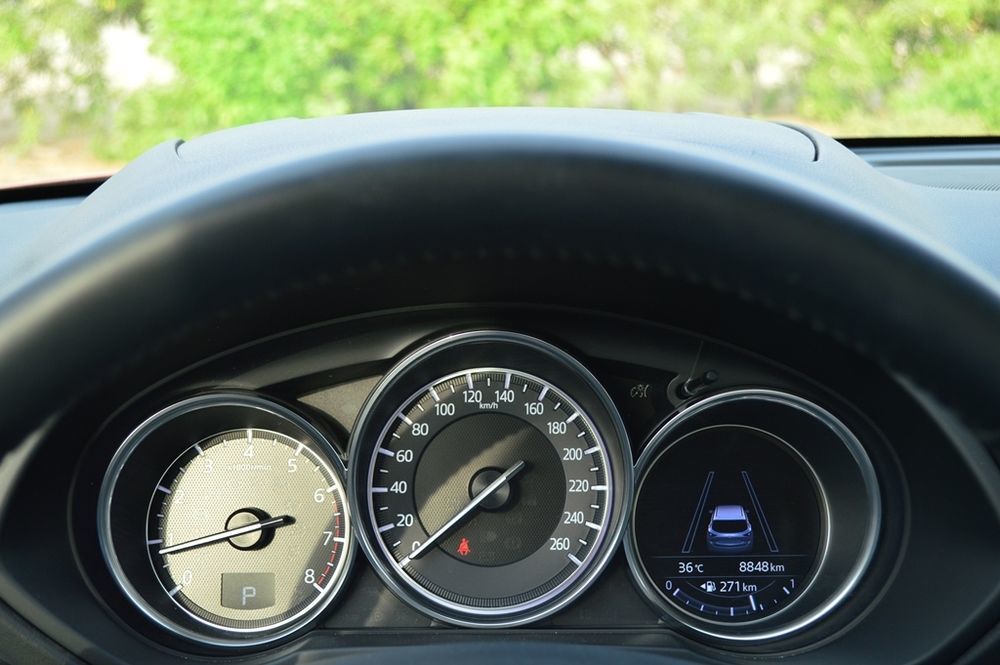 Hidden under the bulging hood is 2.5-liter engine that chucks out 188 horsepower making it the most powerful amongst its rivals. Paired to a six-speed automatic transmission, the CX 5 average 11.2-liters / 100 km, which is on the higher side but that could very well be related to the way it’s meant to be driven.

Unlike the Honda CR-V, Nissan X-Trail, and Toyota RAV-4, the Mazda CX 5 2018 offers its drivers an engaging time behind the wheel, encouraging them to push the car ever so often. Those who have driven Mazdas in the past will be able to relate with pedals that are positioned close to one another, sport & normal drive modes, and a steering that is nicely weighted and offers impressive amounts of feedback. 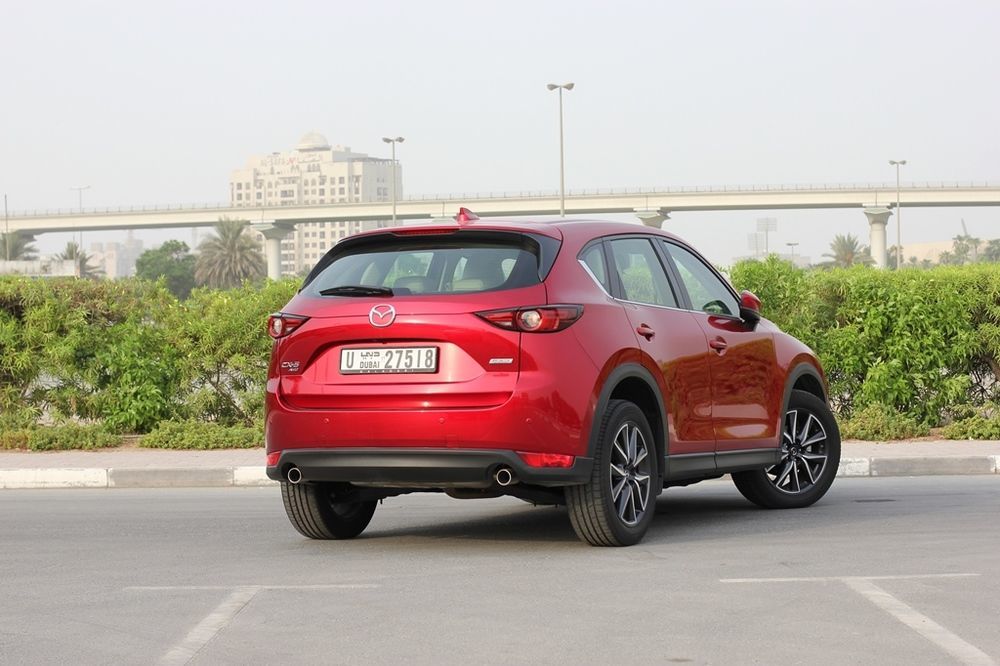 The 2018 Mazda CX 5 is amazing, and in all honesty, it’s more car than any one would expect it to be. Despite it looking better, driving better, and offering far more tech than its rivals, it is let down by one thing and one thing only. At 135,000 Dirhams, the CX 5 is more expensive than all its rivals and that is what prevents it from being more popular on the streets of the UAE and the wider Middle East.

How to import a car to the UAE