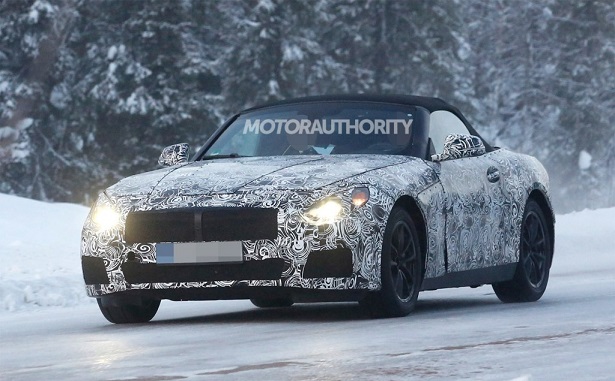 Since the partnership between Toyota and BMW was announced way back in 2011, there had been rumors about the new Z4 / Supra. Well, the Supra hasn't come up in anyone's radar but the Z4's successor sure has. From the picture, it looks bigger than the Z4 and may probably be known as the Z5.

Not much information is leaked but from the looks of it, the hybrid powertrain won't be coming to this car and will be reserved for the Supra's successor. BMW on the other hand will most probably add their new turbocharged six cylinder engine in this car and we also could see an M version churning 400+ bhp. The idea is to compete against the likes of the Jaguar F-Type.

All these rumors will be cleared only by next year when the car is officially launched. So, stay tuned.