Now there is a droptop BMW i8 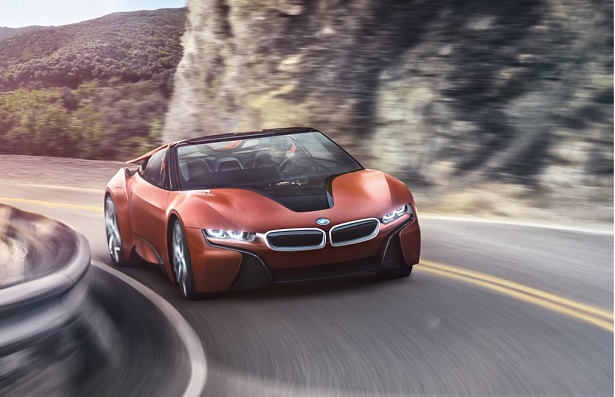 In surprising news today we introduce you to the i8 convertible (or i8 Spyder). Yes, BMW i8 has gone topless and well, it still looks beautiful. BMW unveiled this majestic concept car at the Consumer Electronics Show. And, it is not meant to wow the tech geeks with its looks. No sir. Instead, it is the tech inside the car which is exciting. Highlights as follows.

- No mirrors, instead cameras will be used