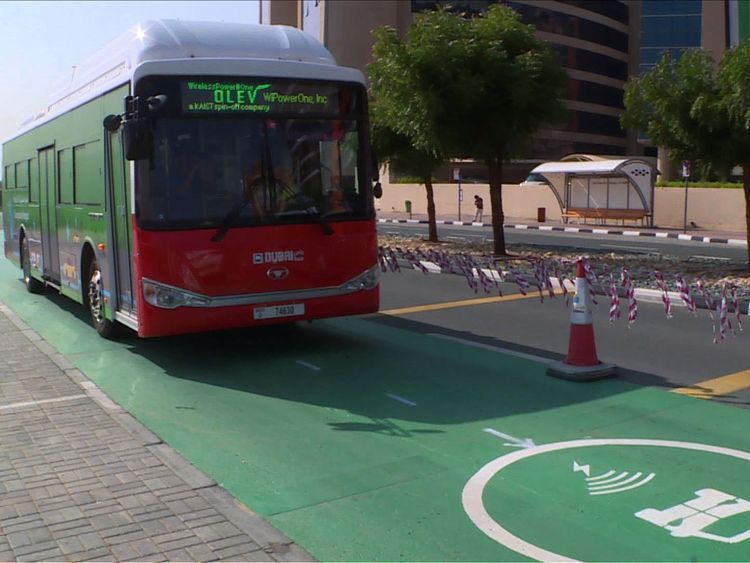 Dubai’s Roads and Transport Authority (RTA) has built and successfully tested the wireless charging of electric vehicles and buses in motion using the Shaped Magnetic Field in Resonance (SMFIR) technology. Similar to technology seen in sci-fi films, the SMFIR technology charges vehicles while parked or in motion and provides a solution to the problems of batteries, long charging times, and charging infrastructure.

“The initial phase covers preparing the infrastructure and laying an embedded power-charging grid underneath a 60-metre road strip at the Dubai Silicon Oasis for the dynamic wireless charging of electric vehicles and buses in motion,” said Mattar Mohammed Al Tayer, Director-General and Chairman of the Board of Executive Directors of RTA.

Al Tayer explained SMFIR technology “enables seamless operation of the vehicle without any stopping at charging stations. Embedded under the road, the technology is invisible and as such has no visual pollution impact on the city. It also does not hamper the movement of people and vehicles like on-road cable chargers.”

As revolutionary as the SMFIR technology itself, DEWA (Dubai Electricity and Water Authority) has also installed over 240 charging stations for electric vehicles across Dubai, with plans to increase the number to 300 by the end of 2020.