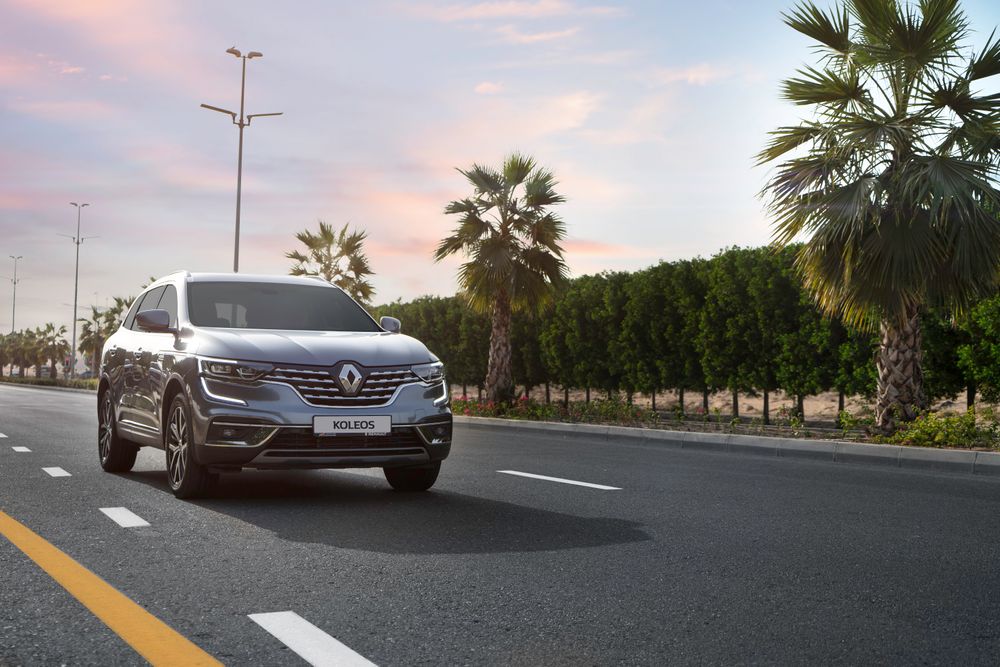 Where the first-generation Koleos was pretty popular with a few buyers, its successor pushed that to new heights. Arriving sometime in 2016, the second-generation model boasted several and much-needed advances over its precursor. Based on an iteration of the Renault-Nissan CMF architecture, the X-Trail-based new Koleos soon took off as the French brand’s largest crossover SUV model. Now, the marque has launched a facelifted Koleos – it’s promising several things over its predecessor.

Let’s start with the design

Looking at it objectively, the facelifted Koleos will look different to the old model, depending on whom you ask. If you pay heed, you will be able to see a new set of LED headlamps with new LED DRLs, a redesigned front grille and lower bumper design. While the revision may not be ground-breaking, it lifts the whole car’s spirit by a little bit.

Moving onto the sides, the facelifted Koleos sports new 19-inch two-tone alloy wheels, and a restyled fender chrome element. Apart from these few alterations, the rest of the SUV doesn’t bear any mark of a major overhaul. Having said that, the long body of this car goes quite well with its well-controlled but modern rear styling. If you are curious, the facelifted Koleos measures 4.673 meters in length, 1.843 meters in width, and 1.678 meters in height.

When it comes to its wheelbase, the facelifted Renault Koleos measures 2.705 meters between the front and rear wheels, while its boot can hold up to a minimum of 550 liters worth of items. The Koleos continue to be a fairly practical family crossover to this day.

The interior of this Koleos is far from a disaster

To make it as family-friendly as possible, Renault has made sure that a few good features are inclusive when you buy a Koleos. Among the ones that you will certainly notice include the beloved raised seating position, a smooth-flowing dashboard layout, a thoroughly usable armrest that slides for better functionality, and leather-clad seats that are both comfortable and hold you decently well.

In terms of the cabin’s fit & finish, you will not feel too cheap in the facelifted Koleos. Whilst Renault hasn’t done much in the way of uplifting the overall quality, this interior feels decent enough for a car that costs as much as the Koleos. Moreover, the new Koleos gets a reasonable number of storage spaces dotted all across the cabin, along with a boot that can carry at least around 500 liters worth of luggage.

What lies under the hood?

The facelifted Renault Koleos is powered by a 2.5-liter four-cylinder petrol engine that pushes out 170 horsepower and 233Nm of torque. Fitted with a CVT gearbox that can spin either the front wheels or fours, the Koleos will hit 100 km/h in about 10 seconds. Overall, the Koleos can give you a decent mileage that ranges between 14.5 km/l or 6.9 L/100 km and 15 km/l or 6.7 L/100 km. As for its top speed, the facelifted Renault Koleos can manage between 185 km/h and 199 km/h.