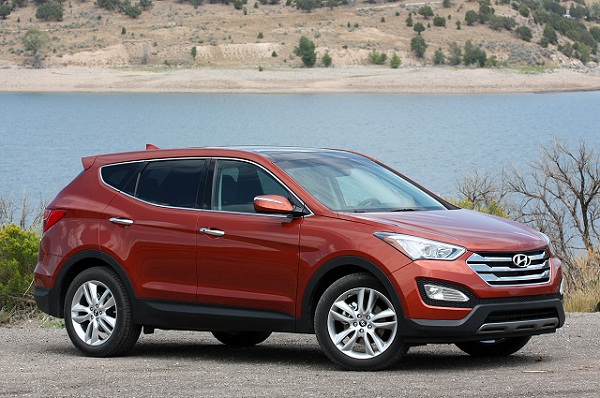 Hyundai Santa Fe 2013 has now launched in UAE - we covered the launch event on YallaMotor.com as well.

We expect a much lighter car (read improved fuel economy) along with improved interiors in terms of technology and finishing. There are two variants for the Santa Fe, a 5 seater Sport and a 7 seater long wheelbase version. We expect the Sport version to be introduced first while the 7 seater will be introduced next year.

A new design concept marks the entry of bolder lines on the exterior. The engine is not likely to be a powerhouse but the crossover is expected to make up for it in terms of agility.

While the US market receives multiple engine variants, the showrooms in Saudi Arabia and other GCC markets are likely to receive the 2.4L engine, while Egypt is likely to receive a smaller engine. However the full specifications are yet to be revealed.