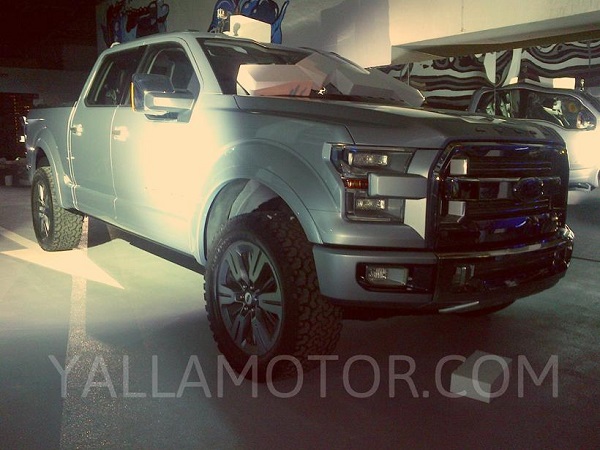 Dubai, UAE - Ford Middle East launched the Ford Atlas Concept yesterday in Dubai Media City. UAE is the first country to receive this concept after it's global launch in United States. Paul Anderson, Director of Marketing for Ford Middle East said the concept has design cues which will be incorporated in the next generation F-150. He also expressed confidence in the growing truck business in GCC, particularly in UAE and Saudi Arabia. We took this opportunity to ask him the top selling models for Ford in these markets. In UAE, the top three models are 1) Ford Edge 2) Ford Explorer and 3) Ford Taurus with Ford Focus following closely. In Saudi Arabia, the top three models are 1) Ford Expedition 2) Ford Explorer and 3) Ford Taurus / Ford Escape.

This is a huge truck with road respect written all over it. It has a new liftgate technology which allows easy, user-friendly methods to tow small vehicles like dune buggies, bikes, etc. After the hugely successful Ford Super Chief concept, we think this is the next big concept launch by Ford. Check out the pics.